As far as surprise proposals go, JD’s was pretty straightforward. That said, there was still a lot of work behind the scenes to ensure that it went smoothly.

When JD first reached out to me, his request for the location was the Portuguese Discovery Monument, but upon discussion, I discovered that the site was Graves Point, a rocky outcrop at Brenton Point State Park. And the time was sunset.

Suprise sunset proposals concern me because of the lack of control over the lighting. I am happy enough working with the sunset light after the proposal, but I always prefer to control my position and the light for the initial proposal photos.

Graves Point proved to be a challenge because JD was hoping to capture a shot of him proposing against a beautiful sunset, totally romantic, and looking at the geography, I did not think that would be possible.

I checked the website SunSet WX which provides data about the quality of the sunset, and it indicated a lower quality sunset for the evening of the 28th. This was the first time I had used this resource, and I was hoping that the data may be incorrect; fingers crossed! 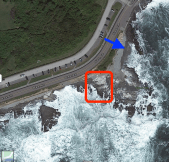 When planning a surprise proposal, one of the essential planning tools is Google Maps (satellite view) which I annotate to provide directions to the spot of the proposal to make sure that the client and I are on the same page. JD is from Connecticut, and we have never met prior, and so mapping tools are essential to ensure that we are at the exact location at the same time.

On the day of the proposal, we began texting each other. I reconfirmed the proposal time (7:45 pm) and my arrival time (7:15 pm) and that I would text JD when I pulled out of my drive to let him know that his photographer was en route to take a little pressure of him on this special night.

I also ask for recent photos of the couple and, if possible, a selfie on the day to let me see what they would be wearing.

At 6:15 pm, I sent my text, pulled out my drive, and drove over the bridges to Newport, which is always a treat. Newport was busy but not too crazy, traffic can be a problem for this tourist town in the summer. I parked at Brenton Point State Park at 7:10 pm, directly opposite Graves Point. It was a lovely warm summer evening and a bit humid.

I had enough time to figure out my strategy. It was clear that I would have to shoot from the road and not from on the rocks. When I arrived it was mid golden hour, and I was hoping that JD and Shaela would come while the light was golden and not as we slipped into the blue hour. I took a photo with my iPhone and sent it to JD to inform him where I would be and asked him to walk to a patch of rock bathed in light and not in shadow. He said he would try but I knew he had other things on his mind.

JD and Shaela pulled in at 8:00 (sunset was at 8:22 pm); I was nervous because we were losing light. JD parked next to me! I picked up my phone to give the impression that I was just some old guy checking out his Facebook while watching their progress through the corner of my eye.

With a blanket in hand, JD and Shaela walked over the road and negotiated the rocks of Graves point. Once they were out of view, I climbed out of my truck, put on my backpack (with a spare camera body, two additional lenses, two strobes, and miscellaneous gear), and grabbed my EOS 1DX with a 70-mm – 200mm f/2.8 lens. I knew I would be working at 200mm today! I crossed the road and hid behind a small hedge. Damn, JD and Shaela walked quite far away; there was nothing I could do but roll with it.

JD put the blanket on the rocks, and they both sat down to watch the sunset, which was lovely but not spectacular as SunsetWX had predicted.

I watched as JD stood up to take a photo of Shaela with his phone, using that as an excuse to stand up. Then he stood directly behind her, and I could see him take a deep breath, reached into his pocket, and pulled out the ring box. He took another breath, opened the ring box, and spoke to Shaela. I am too far away to hear their voices; through my lens, I could feel their happiness. 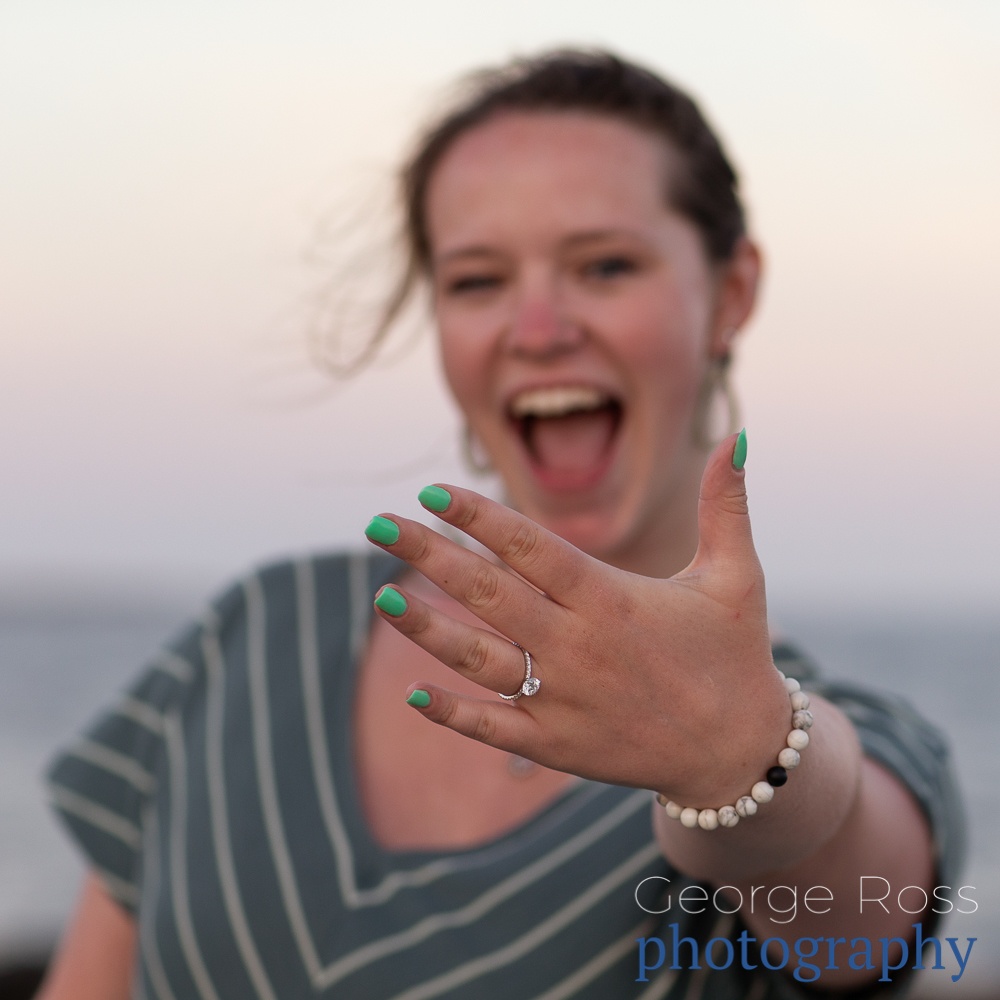 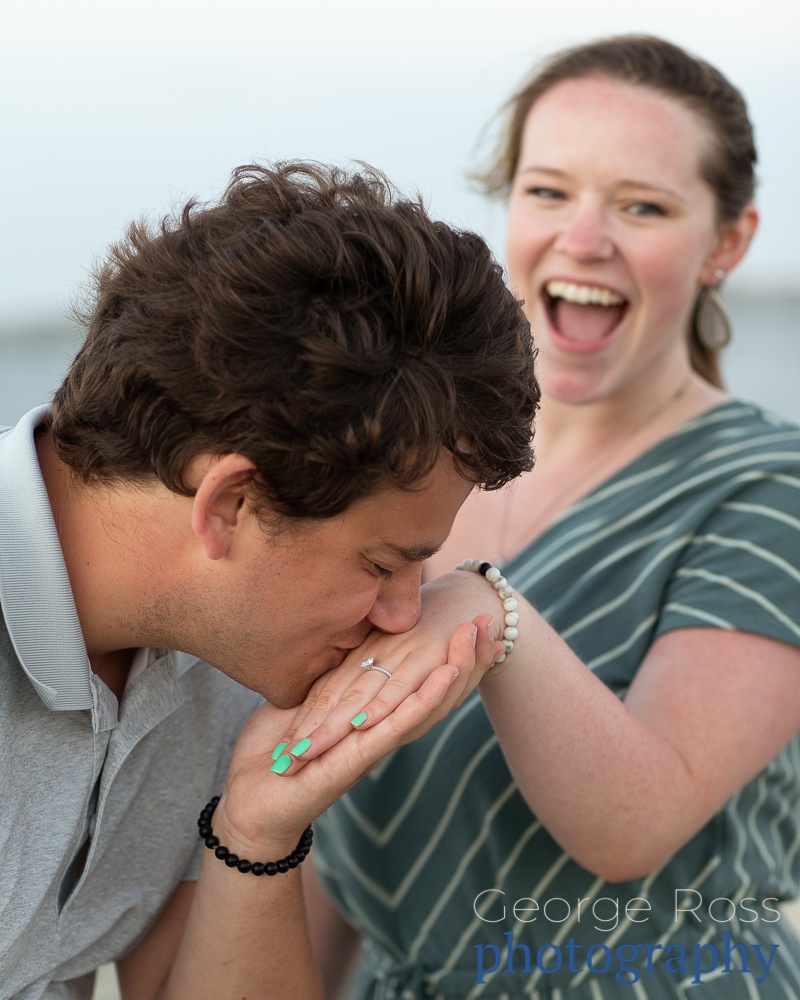 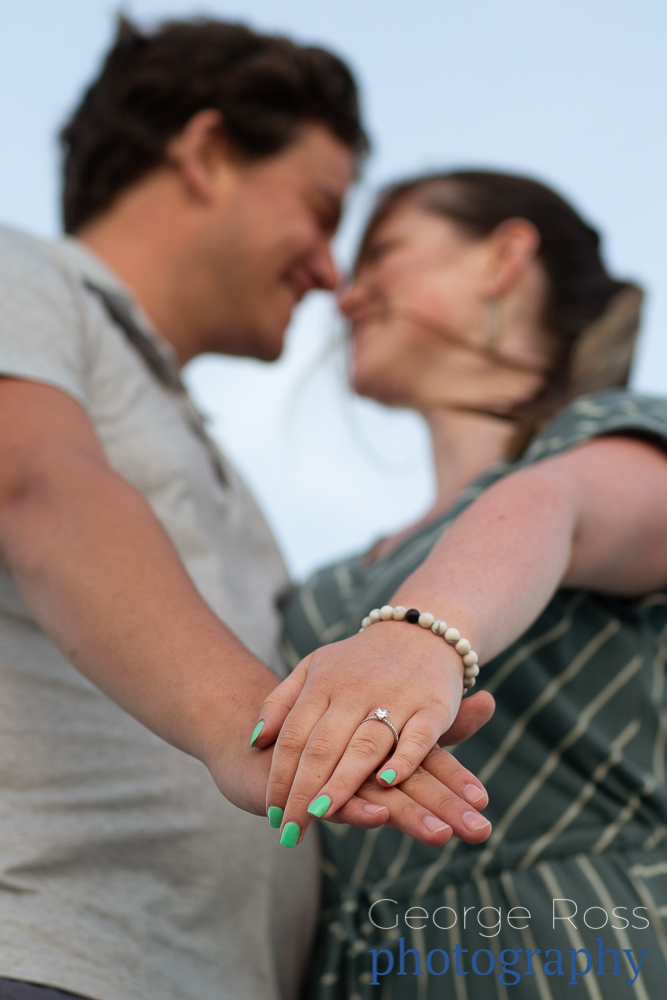 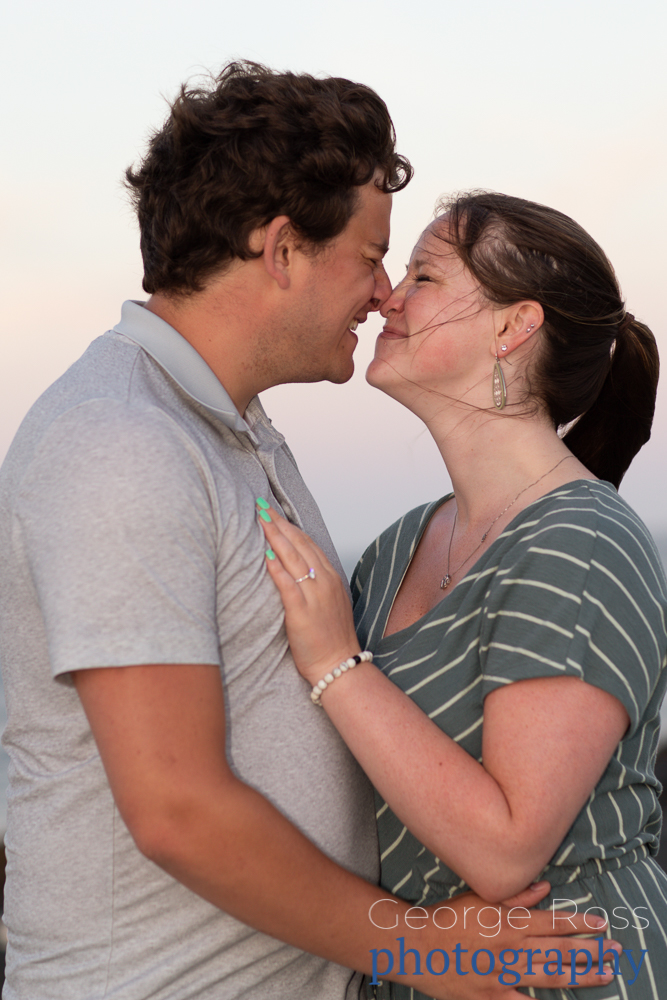 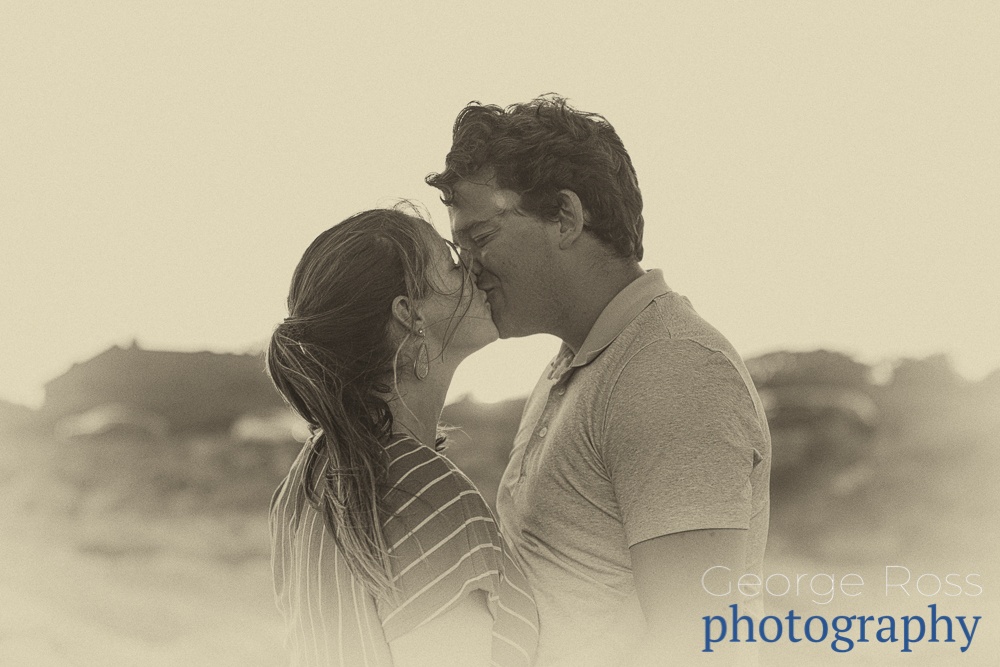 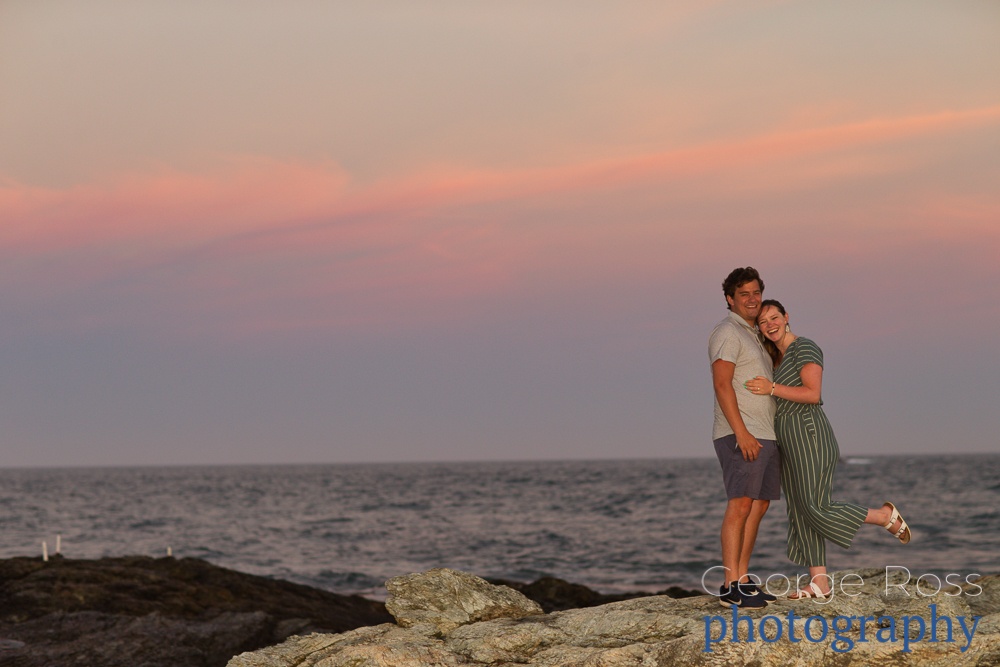 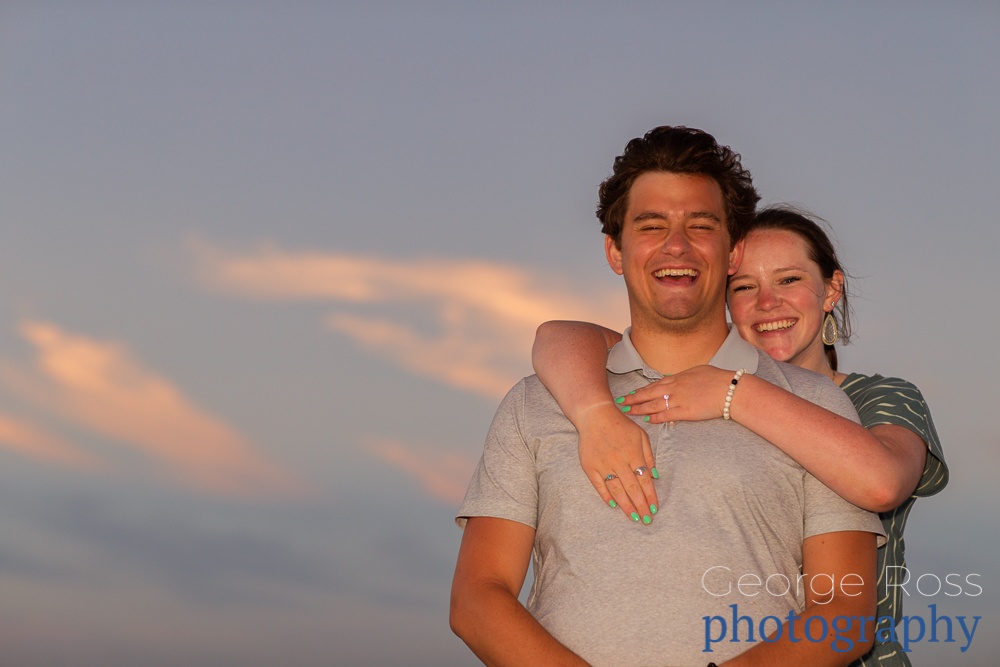