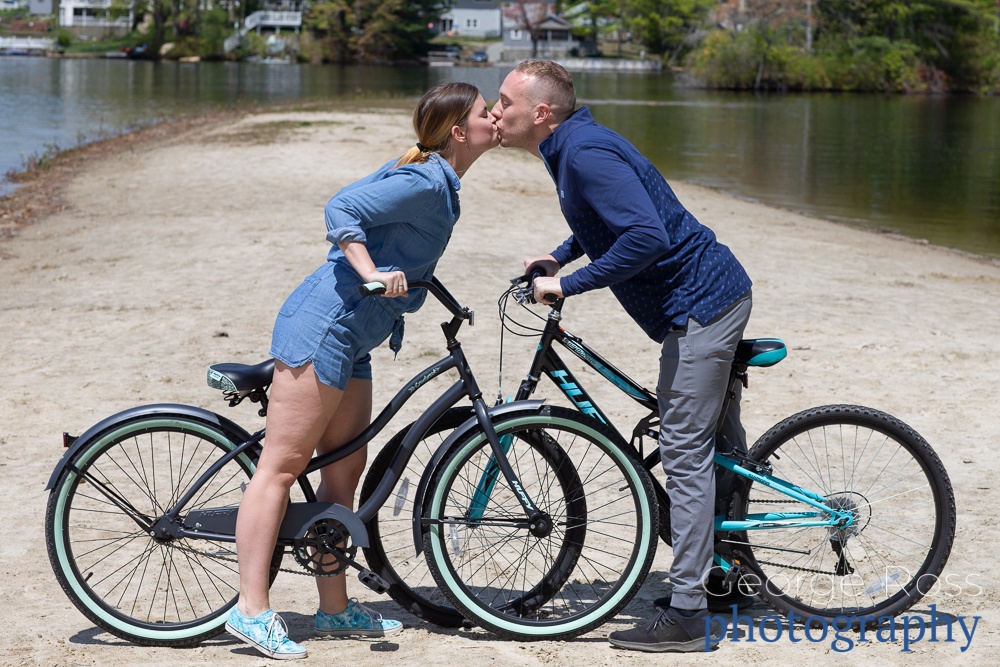 He and Grace would ride their bikes to the beautiful sandy peninsula in Slack Reservoir, Greenville, called ‘Slacks Pond Beach,” where they would dip their toes in the water. Stopping at the beach would not be considered unusual as they often did this. One of the keys to executing a successful surprise proposal is to behave normally, well, at least as normal as you can! To ensure that Grace had her make-up on for the bike ride from their home, which is only a few blocks from the beach, Tony had informed Grace that they were going out for lunch after the short ride. Fortunately, Grace did not know that the restaurant in question did not open until 4:00 pm.

I had never been to Slacks Pond Beach; going somewhere for the first time is always a bit nerve-wracking as you never know what you will find when you arrive. Tony sent me a link to Google Street view, which allowed me to scout out the area even though I had never been there.

I arrived early at 11:20 pm for our noon shoot, found parking quickly, and walked down to the beach, which had few hiding places. I opted to hide in plain sight as a ‘nature photographer.’  High-noon in strong sunshine was my least desirable lighting condition for this shoot but it was time to go to work and make the best of a bad lighting situation.

When I saw Grace and Tony arrive on their bikes, I began taking photos of the foliage. With one eye on Grace and Tony and the other in my viewfinder, I waited for my cue: Tony dropping to one knee. When he did, I swung my camera around, which had a 70mm to 200mm f/2.8 zoom lens. I opted for my EOS 1D MK IV body because it is a crop camera, and would give me a longer effective focal length to work with because I was further away than I would have preferred.

It was exquisite; Grace was delighted and went through the full range of emotional happiness, a huge smile, and a small tear.

After the proposal, I always like to have a mini-engagement shoot with my clients, but before that could begin, Tony saw something that he had to investigate. I opted to change lenses while he was doing this, and while I was changing lenses at a picnic table, we found a small chink in our thorough surprise proposal plan. Tony had buried a couple of bottles of champagne the evening before and had not told me! Oops, I finished my lens change and joined Grace and Tony to open the champagne bottles!

It was smiles (with the occasional tear) from start to finish, we completed our mini-engagement shoot, I headed home a very happy man! 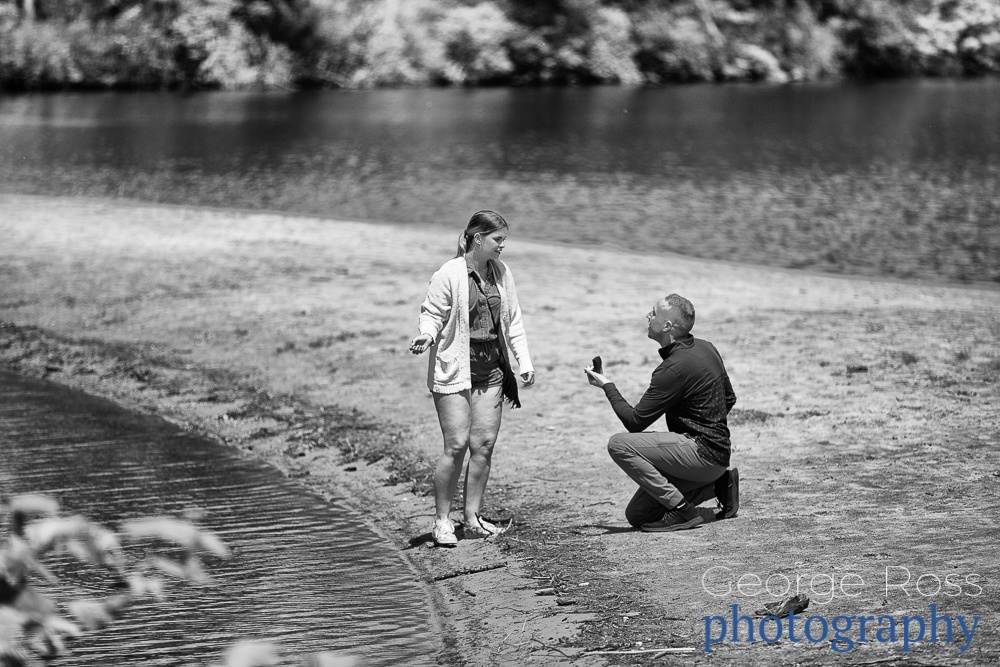 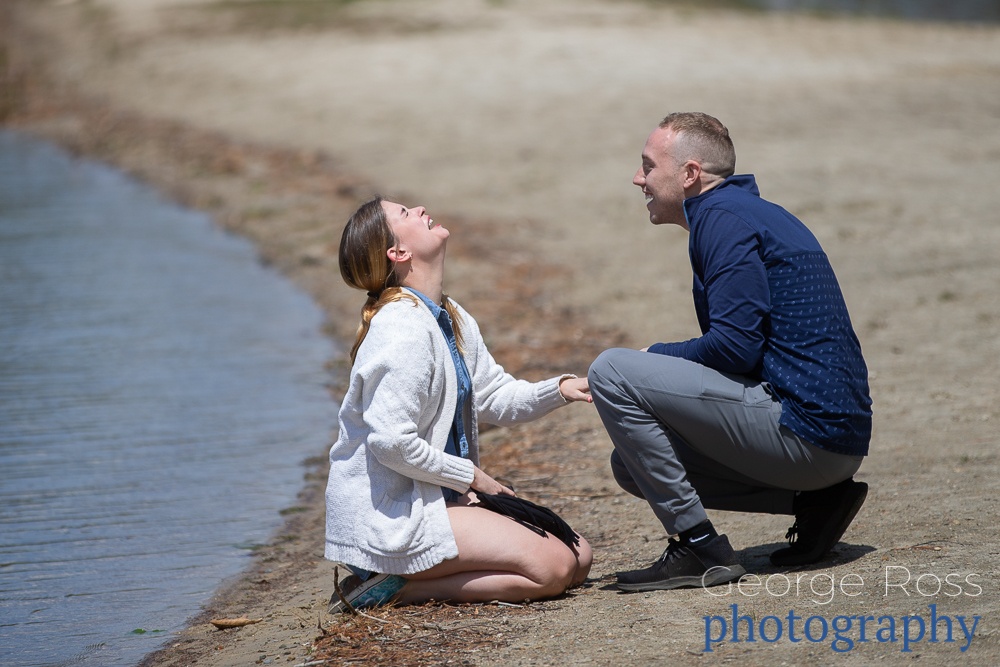 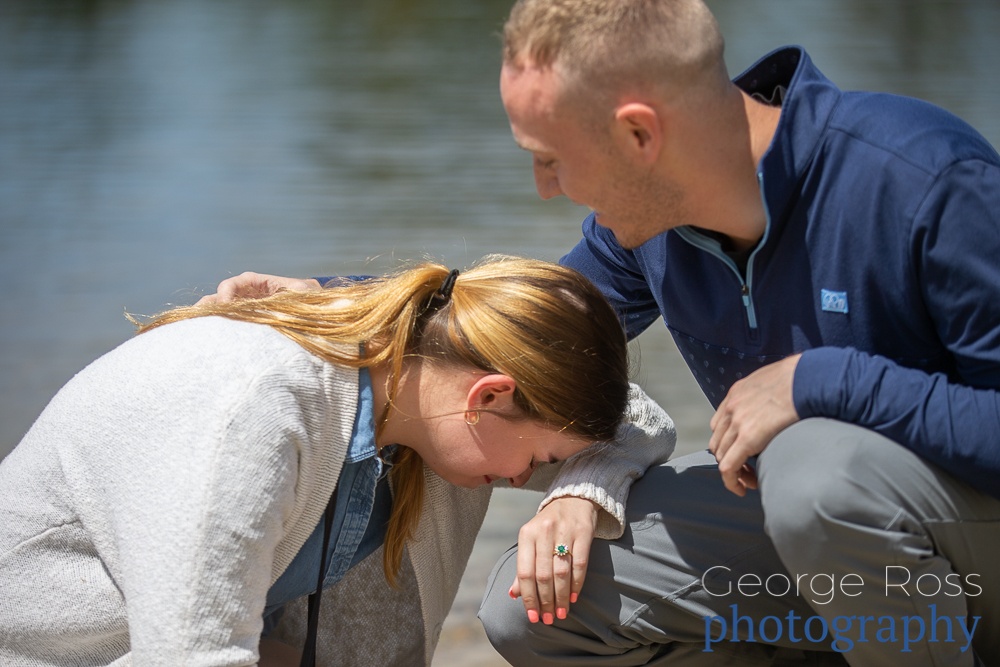 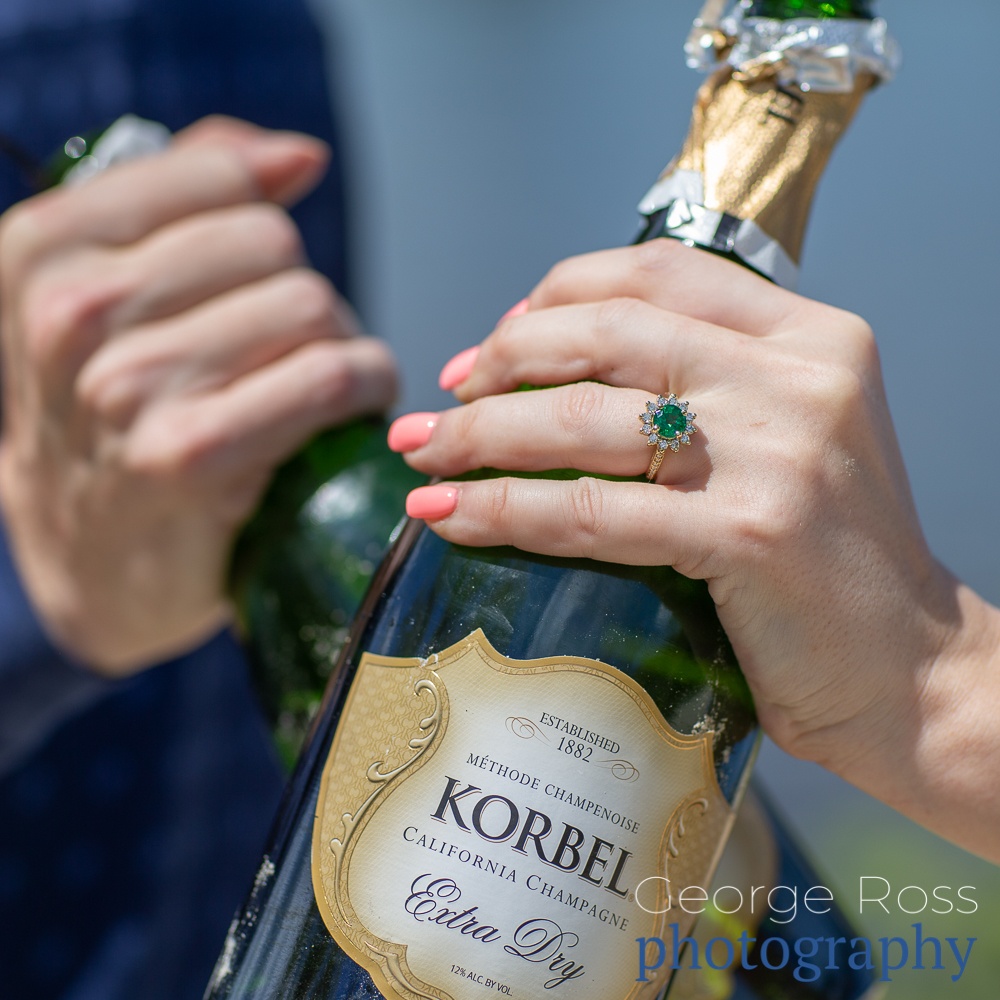 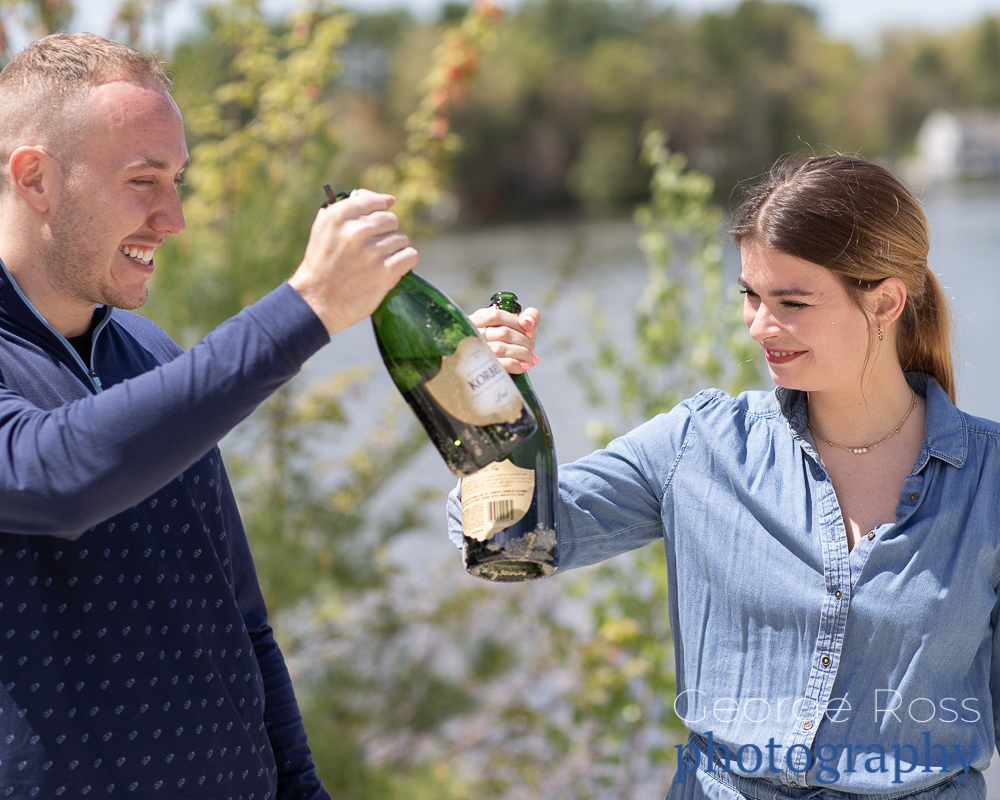 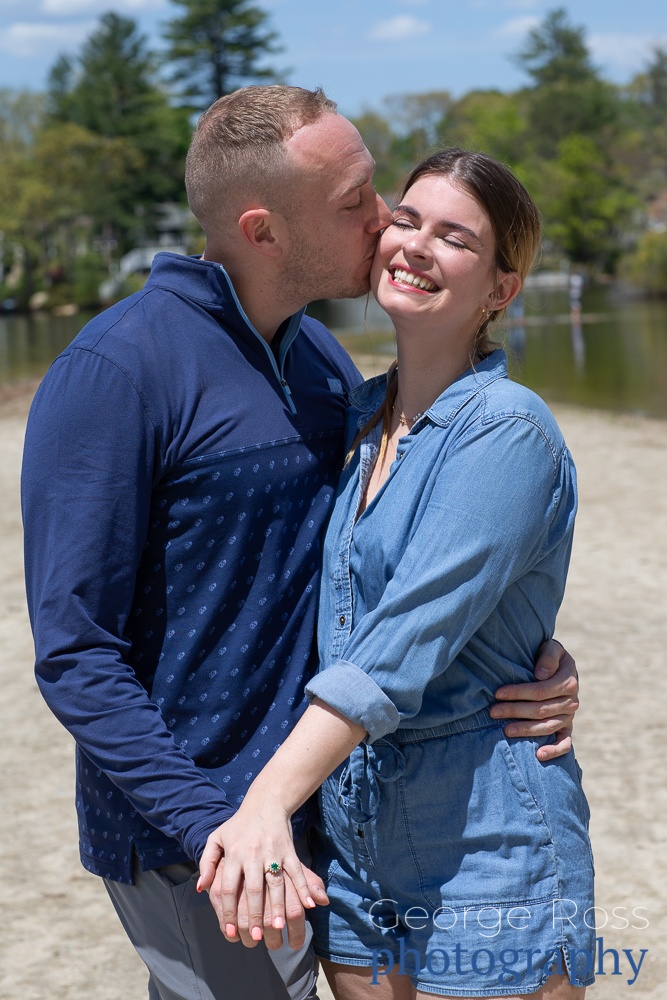 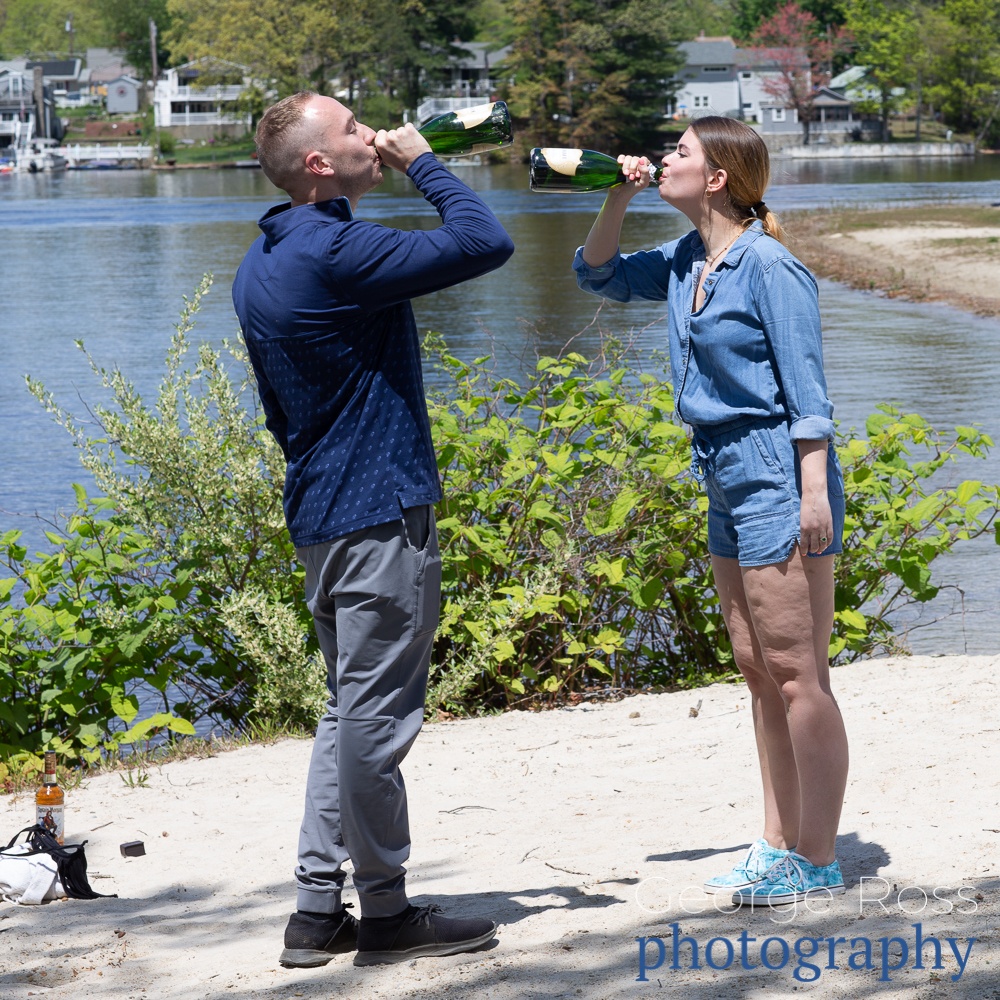 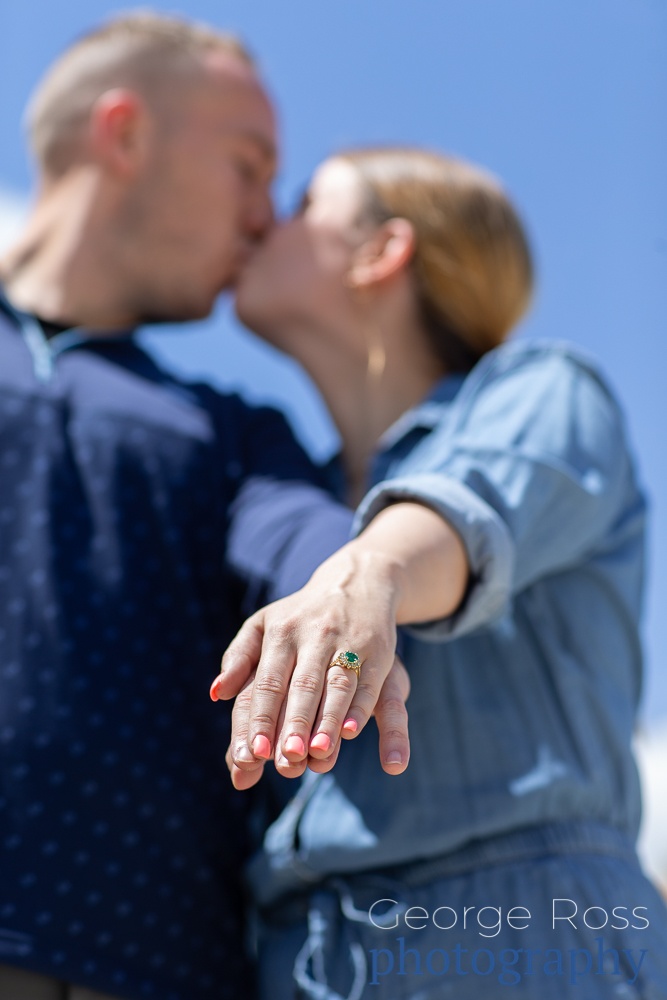 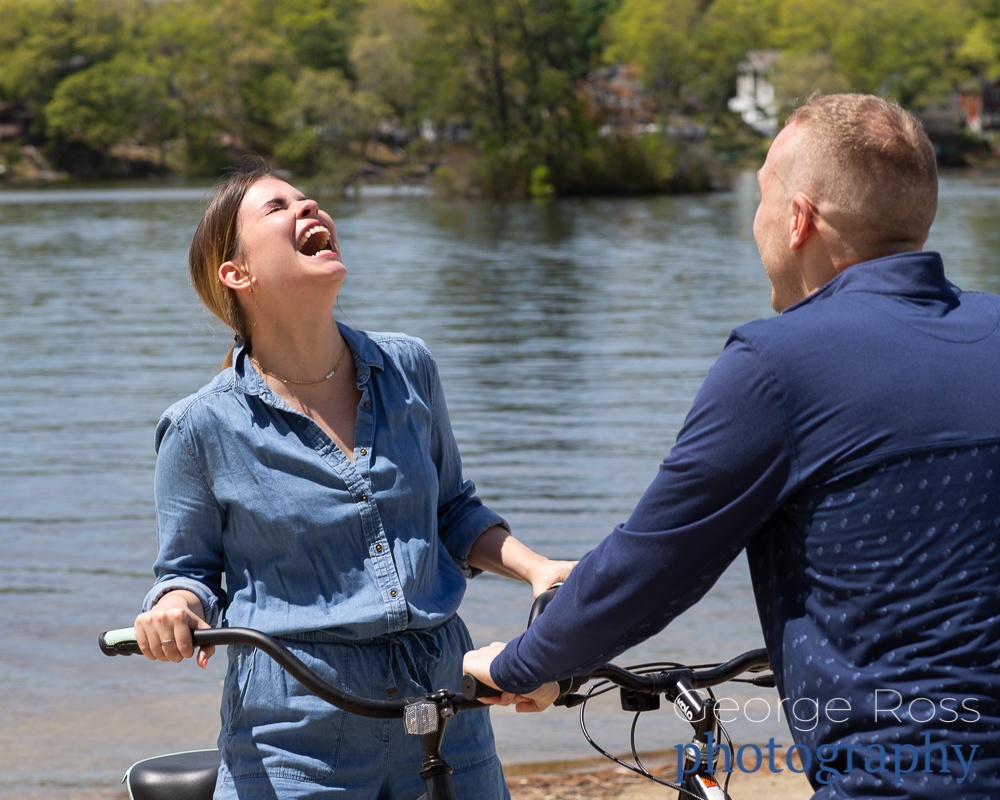 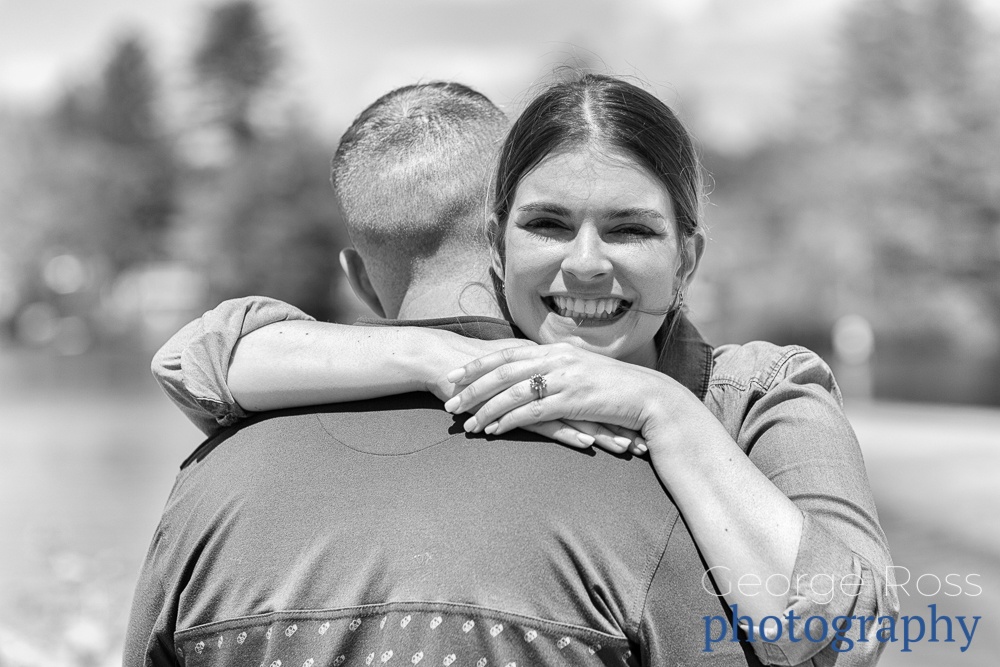 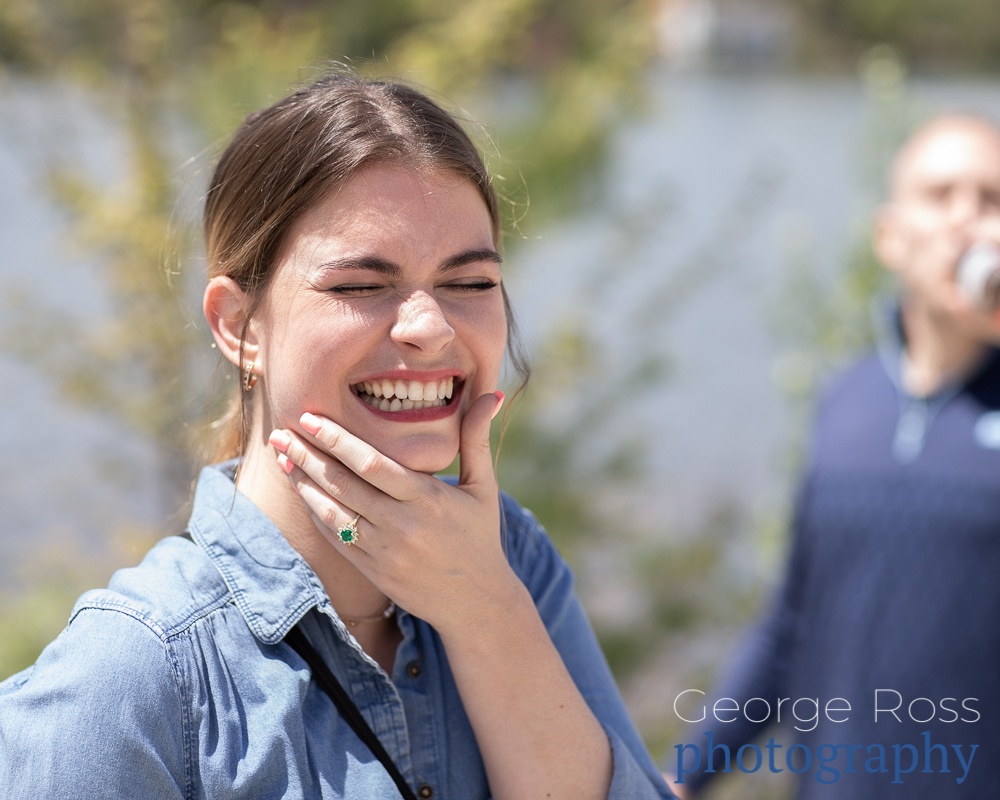 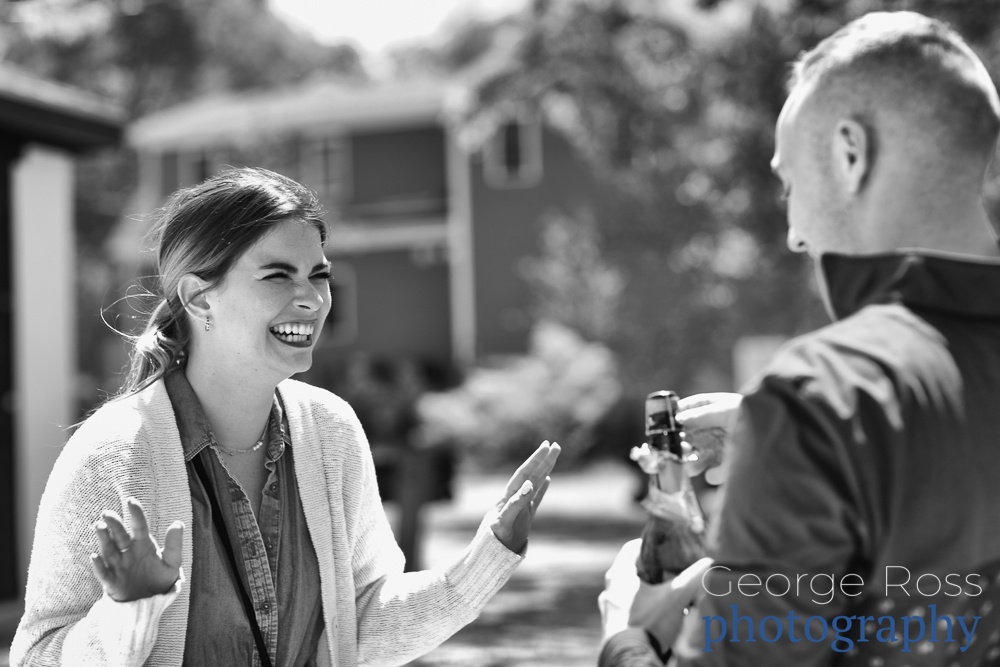 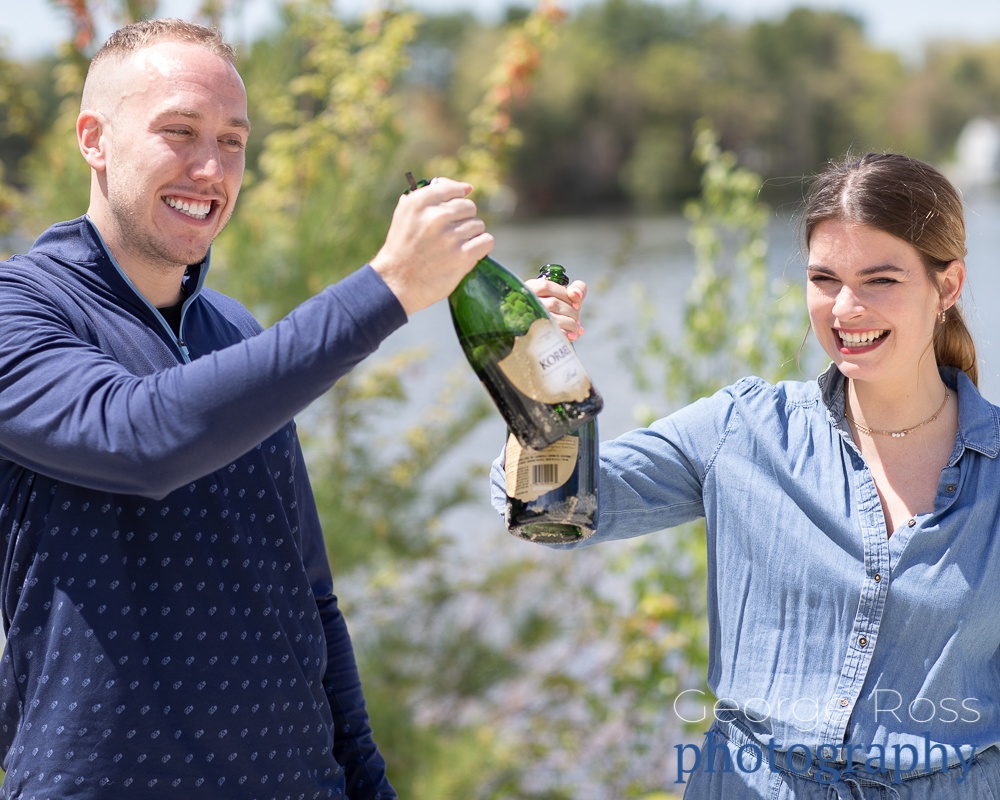 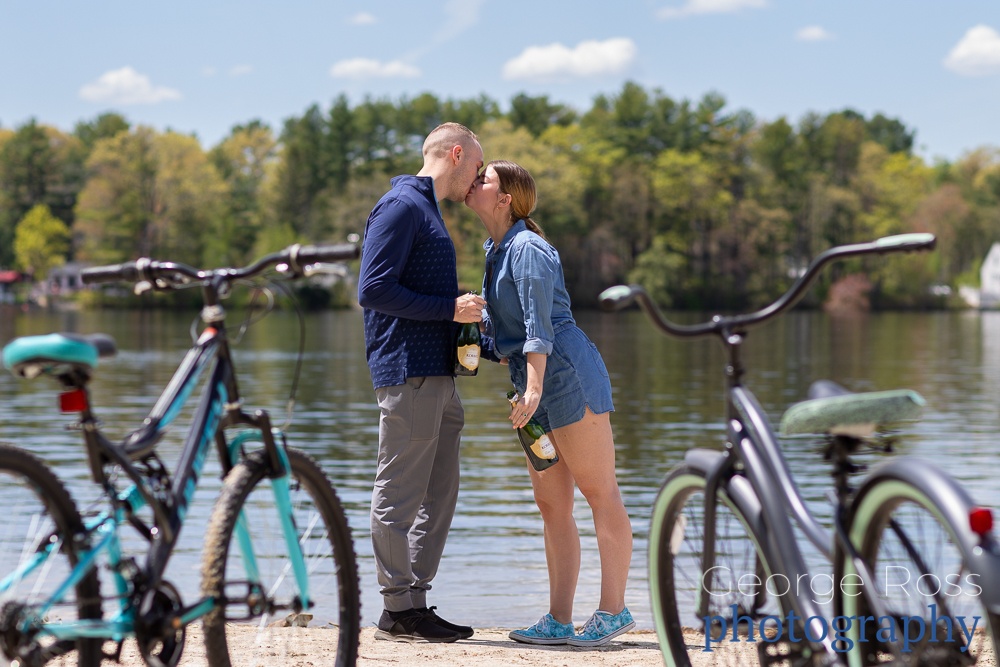