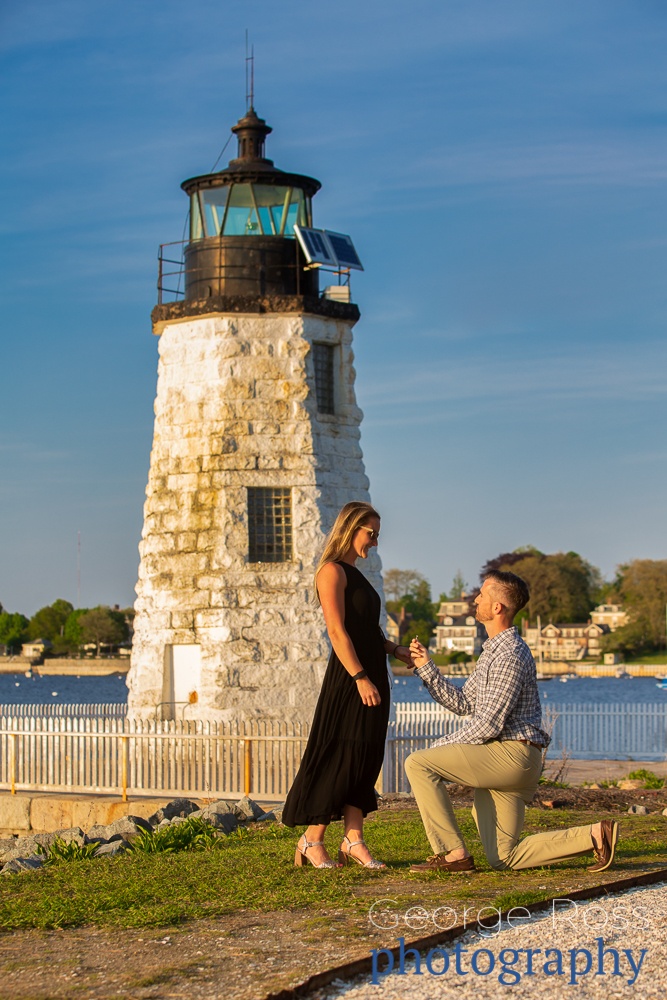 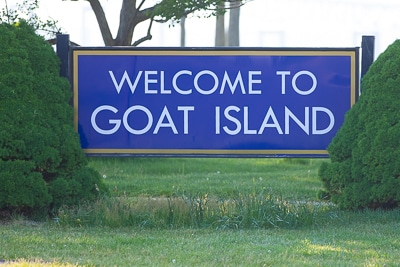 When Matt and I began planning his surprise proposal, it was to be on the evening of May 22nd, a Saturday at the Goat Island lighthouse in Newport, RI.

This proposal was exciting for me because I had never been to Goat Island, and this I also considered a problem because I have never visited the Goat Island light before. The Goat Island lighthouse is on the Gurneys Newport resort property, a very popular location. I will never undertake a surprise photoshoot until I am familiar with the area because there are too many things that can go wrong without planning, and my lack of knowledge of the area should not be one of them. With COVID regulations relaxing, it was a perfect excuse to go to take my wife to Newport for dinner and inspect the location before dinner.

The chosen site was beautiful, but it was clear that people enjoying an evening at Gurney’s may pose a problem. We could not guarantee that there would be no people on the lighthouse at the time of the proposal.

Weather is always a concern when planning a proposal and as the week of the proposal progressed, it was clear that there was a high probability of rain on Saturday night. Now I had set up a proposal short in Colt State Park on Saturday afternoon, and I had planned to travel to Newport for Matt and Michelle’s shoot. Excellent planning, but my schedule was all of a sudden looking a little shakey due to the weather.

It looked like we would have to move the proposal to Friday night to avoid the forecasted rain. However, there was one fly in the ointment; I had another shoot scheduled for Friday evening. So, I reached out to my Friday night client, and there were very gracious when I explained our situation, and we mutually agree to move their shoot to Saturday night.

“…the best laid plans of mice and men.” ~ Robert Burns

With this information, Matt was able to reschedule for Friday. It was a nervy 24 hours for Matthew, but now he could relax a little.

When Friday came, it was a glorious day. I planned to drive to the parking garage beside the visitor center and take a pleasant walk across the bridge to Goat Island. 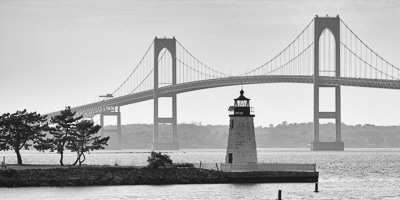 Matthew requested that we switch to email to communicate on the afternoon of the proposal because it is normal for him to check his email for work purposes regularly. The #1 rule for planning a surprise proposal is “do nothing different,” if your behavior is different in any way, it may be a giveaway.

I parked at 6 pm for the 6:45 to 7:00 pm proposal, with plenty of time to get organized. Matt, as asked, sent me an email with a photo of himself to assist me in identifying him. After that, I turned off the ringer on my phone to be safe to ensure that a phone call would not be a givaway.

I informed the staff a Gurney’s of my purpose, and they could not have been more courteous. I walked over to the light, checked out the sunlight and shadow formations, and my best vantage point to be ‘invisible.’ Around 6:30 pm, a young family settled in at the light with drinks, and it was pretty clear that they were going to be in the way of our photoshoot.

What to do? I opted to walk over and have a chat with them. I told them that a man with a black checked shirt would be proposing at this spot in about 15 minutes, and could they move aside when they saw him? They were fully supportive and cleared the area. I moved back to my hiding point, took a couple of test shots, and waited.

I expected Matt and Michelle to enter the property through the restaurant area, but they came in through the hotel.   Drat, I have not considered that. Then in the seconds before Matt proposed, another family arrived at the lighthouse, and there was nothing that I could do about this development except work around them.

In the golden evening sunlight in front of the lighthouse, Matt dropped to his knee and proposed. Michelle beamed with joy.

Our planning was a success! And we all yelled over to the family who left the lighthouse earlier with our thanks, smiles all around.

“By Failing to prepare, you are preparing to fail.” ~ Benjamin Franklin

After the proposal, as you can see in the images, we had a mini-engagement shoot. 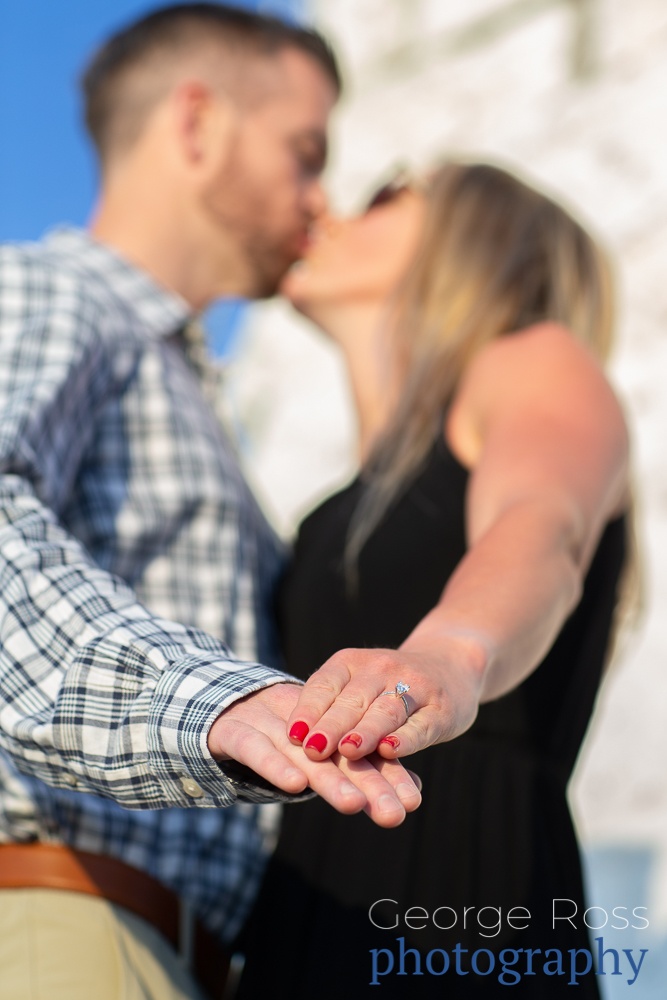 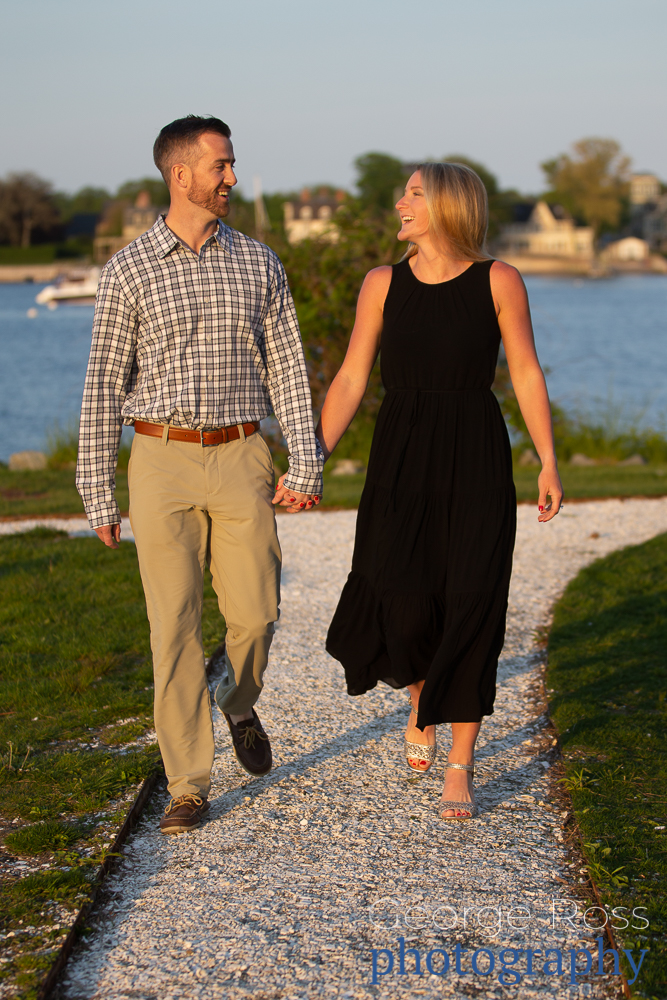 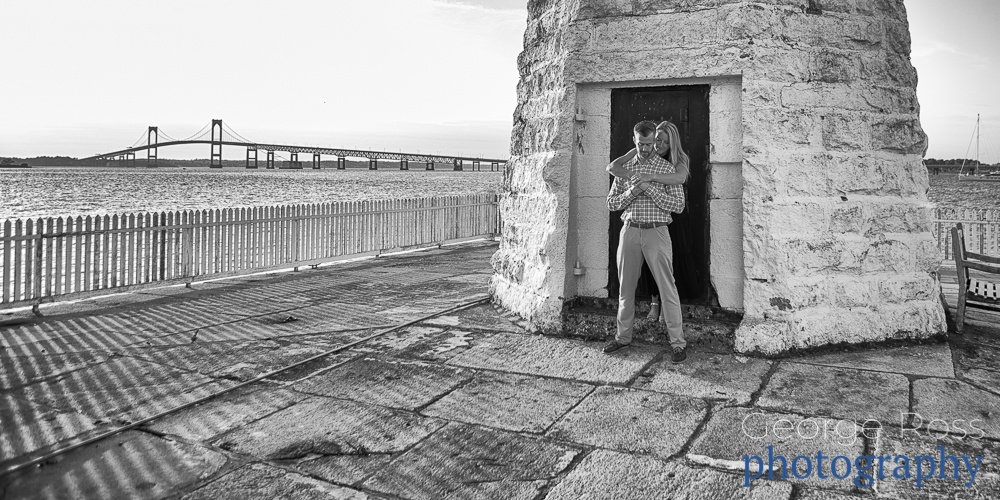 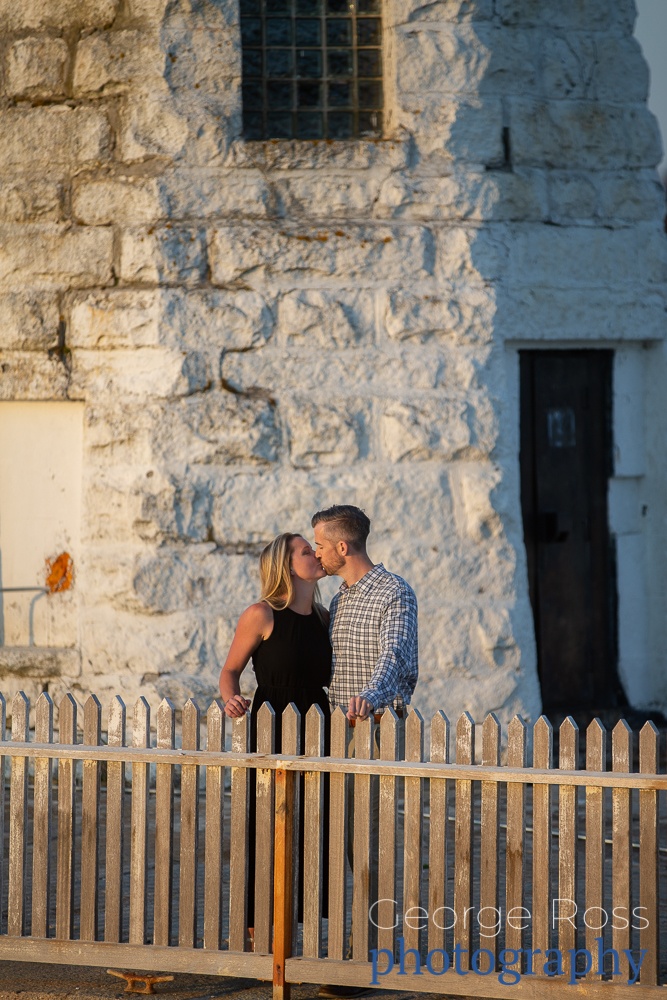 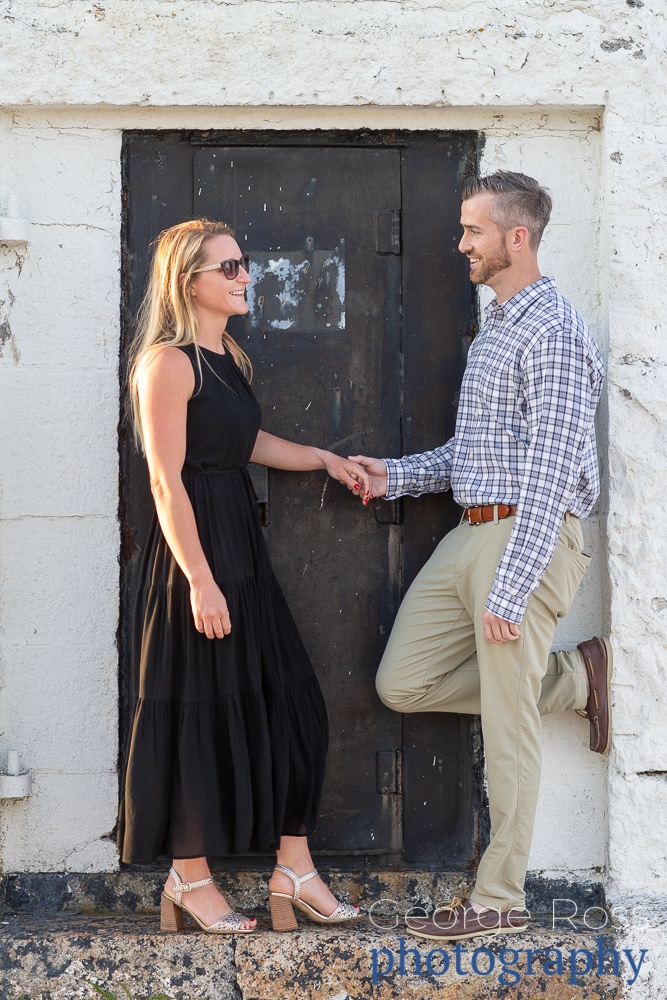 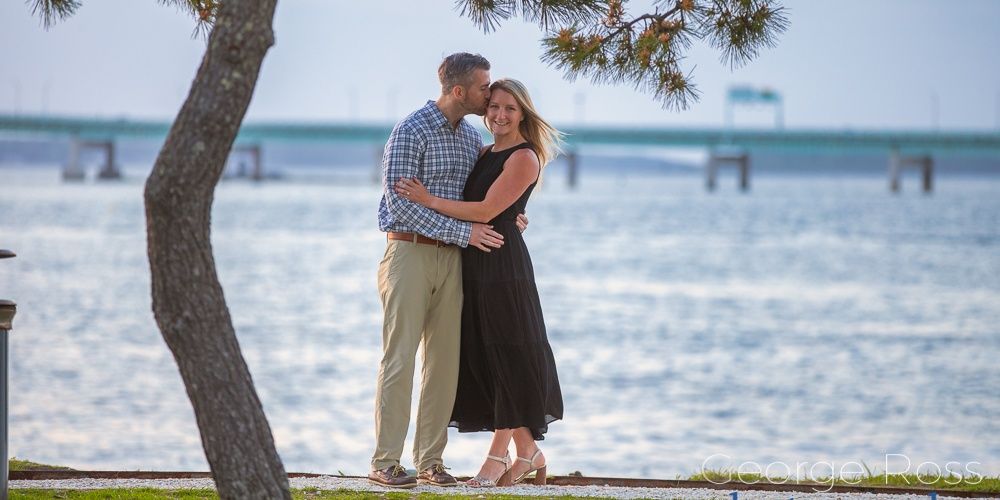