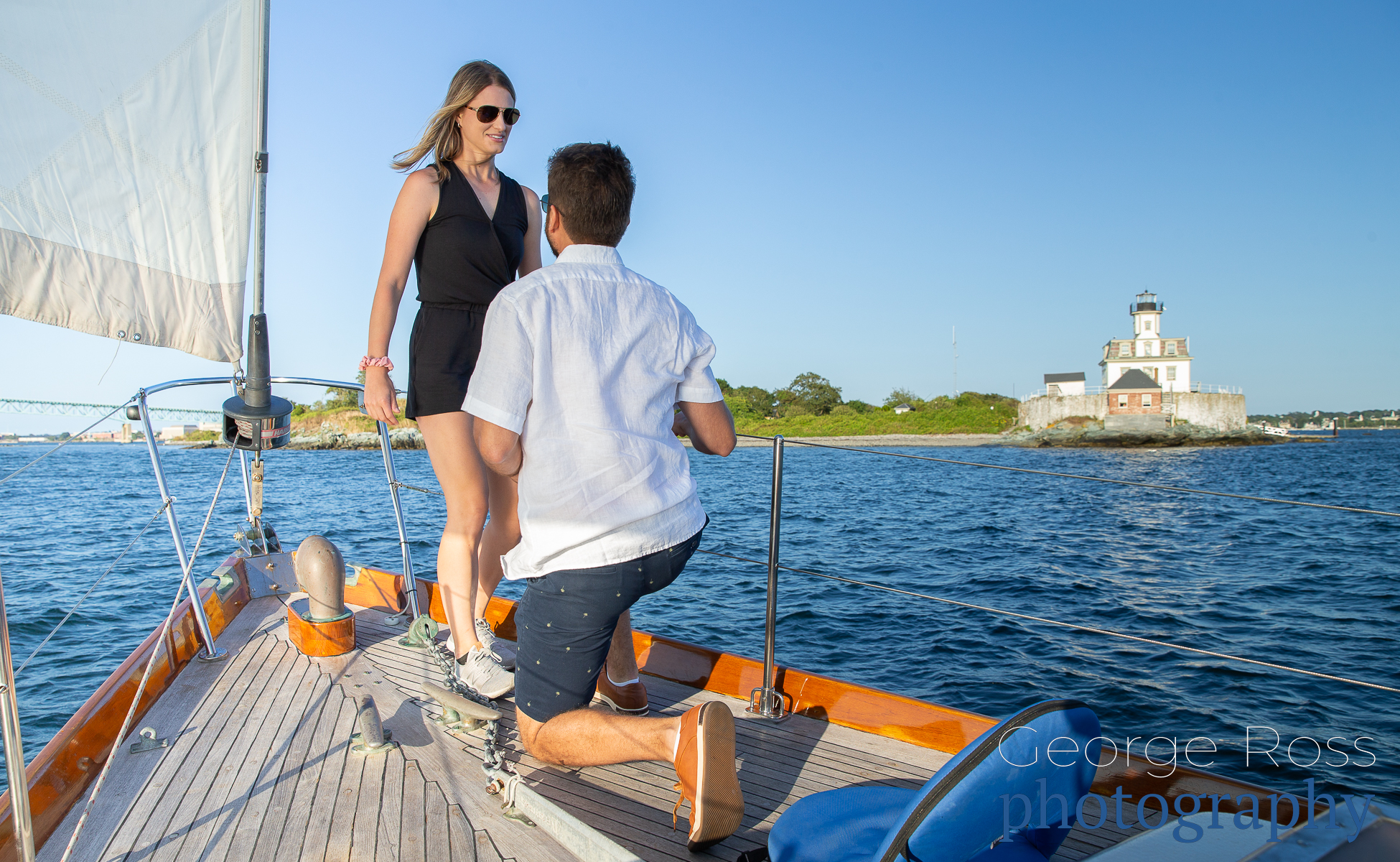 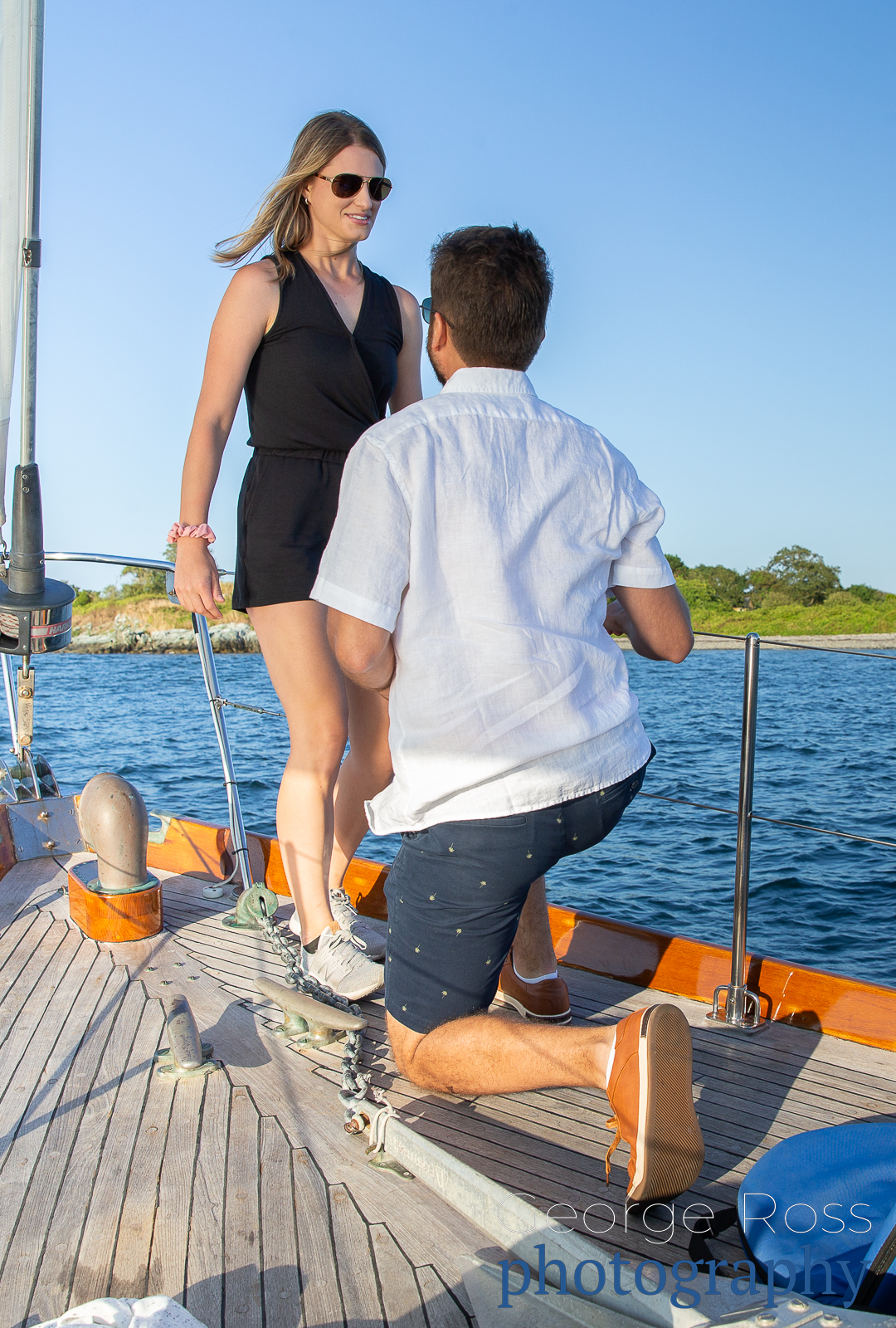 Antonio and Olivia visit Newport twice per year, once in the summer and once in the winter, to enjoy the holiday festivities at the mansions on Bellvue Avenue. He figured he could pull off a surprise proposal during one of these bi-annual trips.

When he first contacted me, he considered proposing at the Tennis Hall of Fame or on a sunset cruise. Antonio is the owner of Firefly Tennis, and I thought I might be shooting my first proposal at the hall of fame, but that was not to be; we would be sailing!

Once before, I photographed a surprise proposal on a private yacht charter, and it was not easy and involved a significant amount of skulduggery. The prior ploy for Zach and Amanda’s proposal, whose wedding – coincidentally – I will be photographing next month, was:

I would pretend to be a photographer hired by the charter company to shoot images during the cruise for the sailing business’s website. It worked before, and I figured it would work again.

With that in mind, I suggested it to Antonio, who thought it was a good idea, and he connected me with Captain Patrick Abrecht. I explained my ruse to Captain Patrick, he liked the concept, and we planned how best to execute it; as follows:

I would meet Monika (Patrick’s wife) at the jetty. We would pick up the water taxi adjacent to the Mooring restaurant, where Antonio and Olivia would be dining after the cruise. Monika would then introduce me to my couple as her photographer. 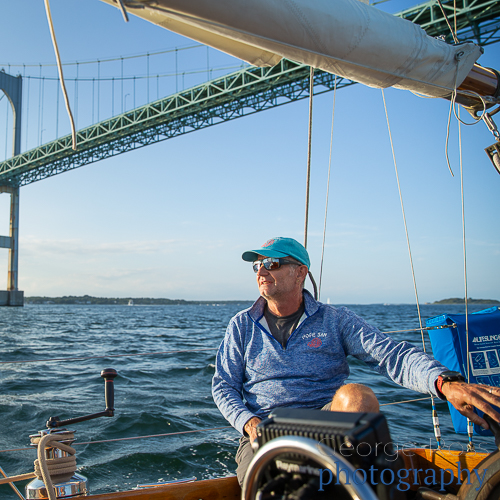 Perfect, we had a plan; well, sort of; what about the proposal itself? Where and when would it happen on a two-hour cruise? I figured that I should have some structure in the background of the proposal photo, and I asked Captain Patrick if we were going under the Newport bridge. He said we could but suggested the Rose Island lighthouse; excellent idea! The was one fly in the ointment; how would Antonio know where to propose, and how would I know when? The Rose Island lighthouse is pretty distinctive. I had asked Captain Patrick if we could approach the lighthouse from the south, ensuring that the evening sun would be over my shoulder for the critical photograph. I found some photos of the lighthouse and its proximity to the Newport Bridge and sent them to Antonio to give hime a good idea of the ’seascape’. Antonio suggested that as we approach the light, I would ask them to pose for a photo, at which point he would drop to a knee,

Excellent, we were as set as we could be!

On proposal Sunday, the weather was superb. I arrived at 4:30 pm, and with a 10-minute walk to the jetty, I could relax, I had plenty time. I sent Antonio a text informing him that I was in transit and again when I parked.

I met Monika and went over our devious plan, and when the couple arrived, she pulled it off masterfully.

We boarded the water taxi; I chatted with my ‘client’ Monika as we rode over to the Hope San trying to ignore Antonio and Olivia as much as possible. When we boarded the Hope San, my couple made themselves comfortable at the bow, and I remained at the stern. To complete the ruse, I took photos of the crew sailing the boat and took some detail shots. As we approached the target lighthouse, I carefully moved to the bow and asked Antonio and Olivia if it would be possible to take their photo as we passed this – I pointed – beautiful lighthouse. They agreed, and while it was not easy to stand at the bow of a yacht under sail, they did; I took a few photos and, as planned, Antonio dropped to a knee in front of the Rose island lighthouse, and Olivia was surprised! 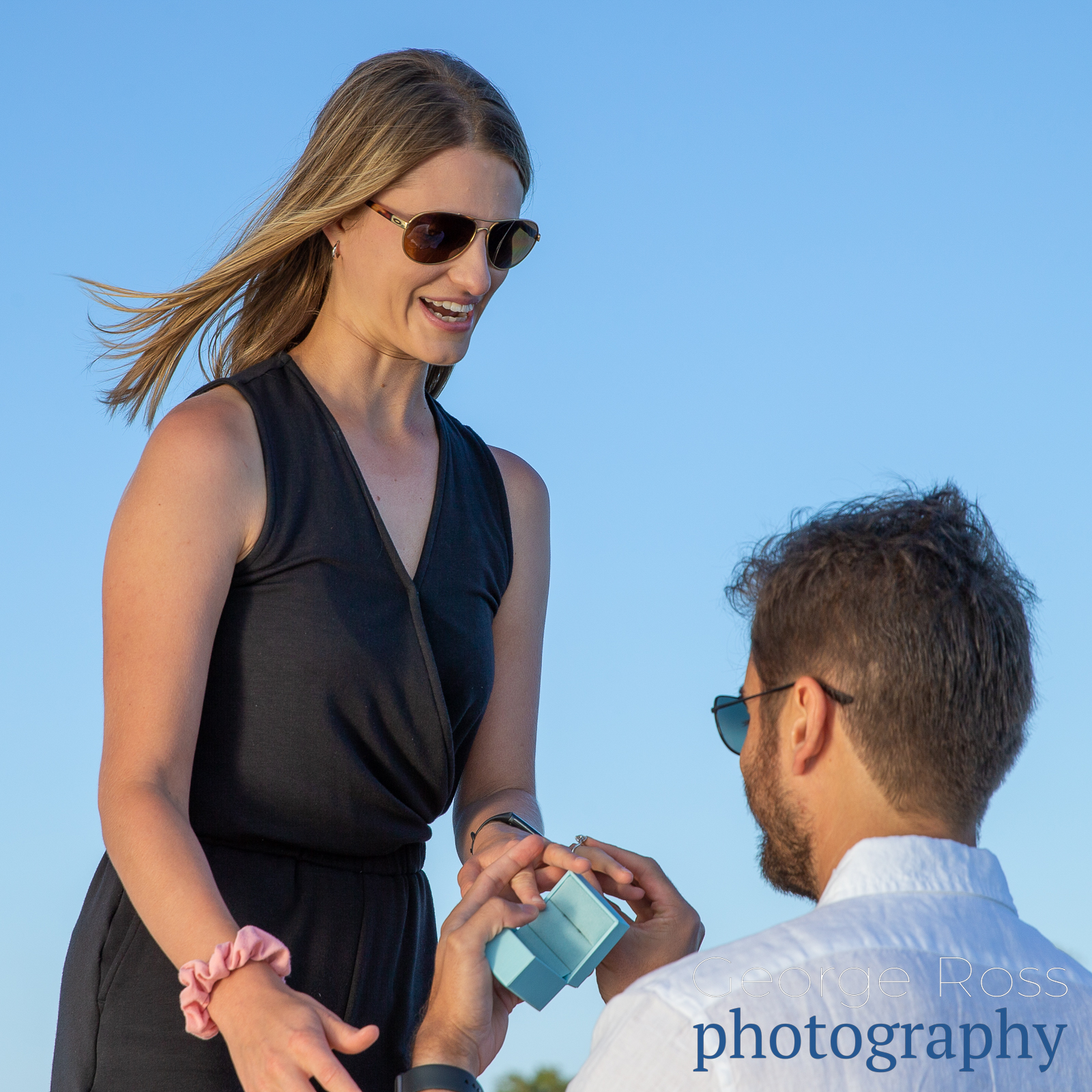 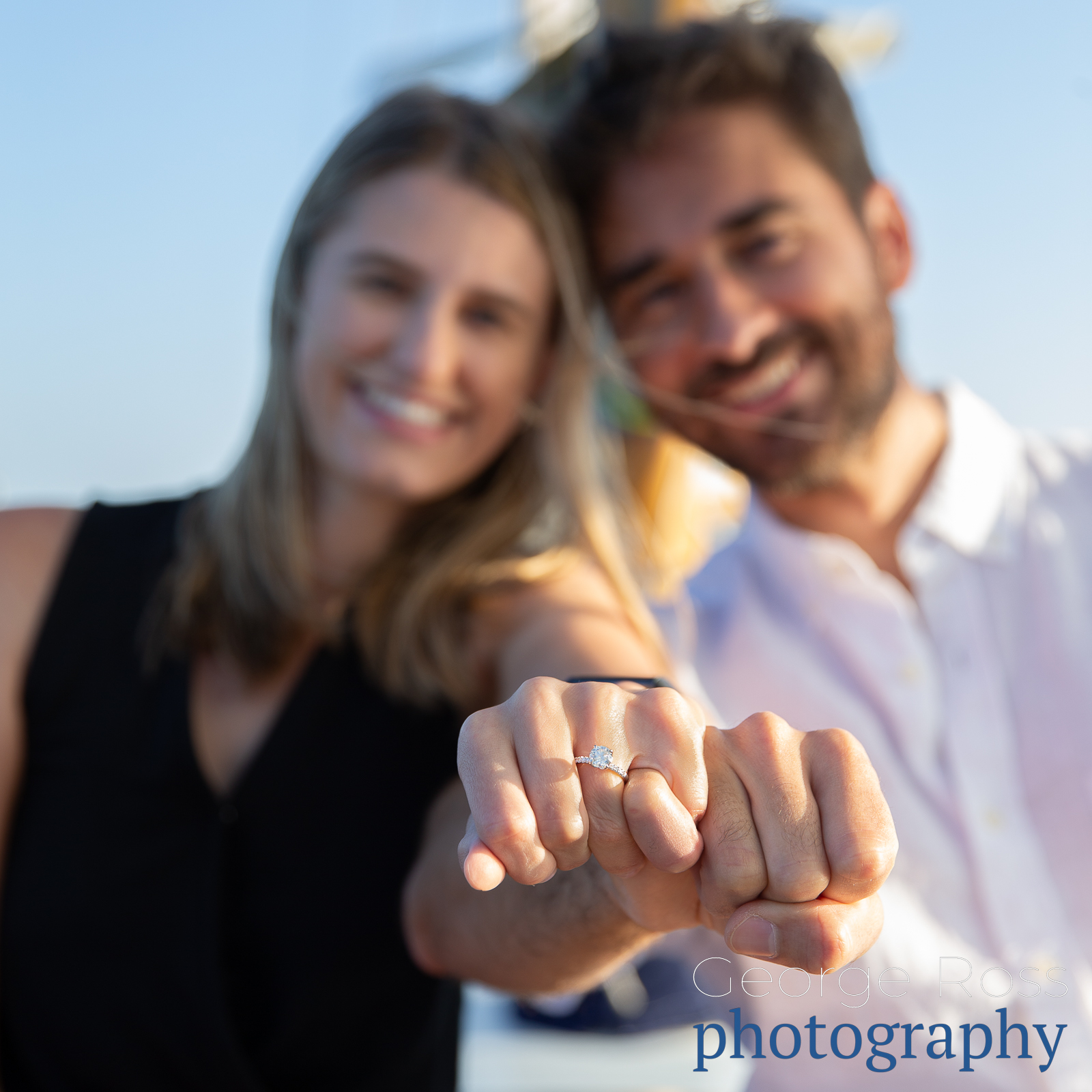 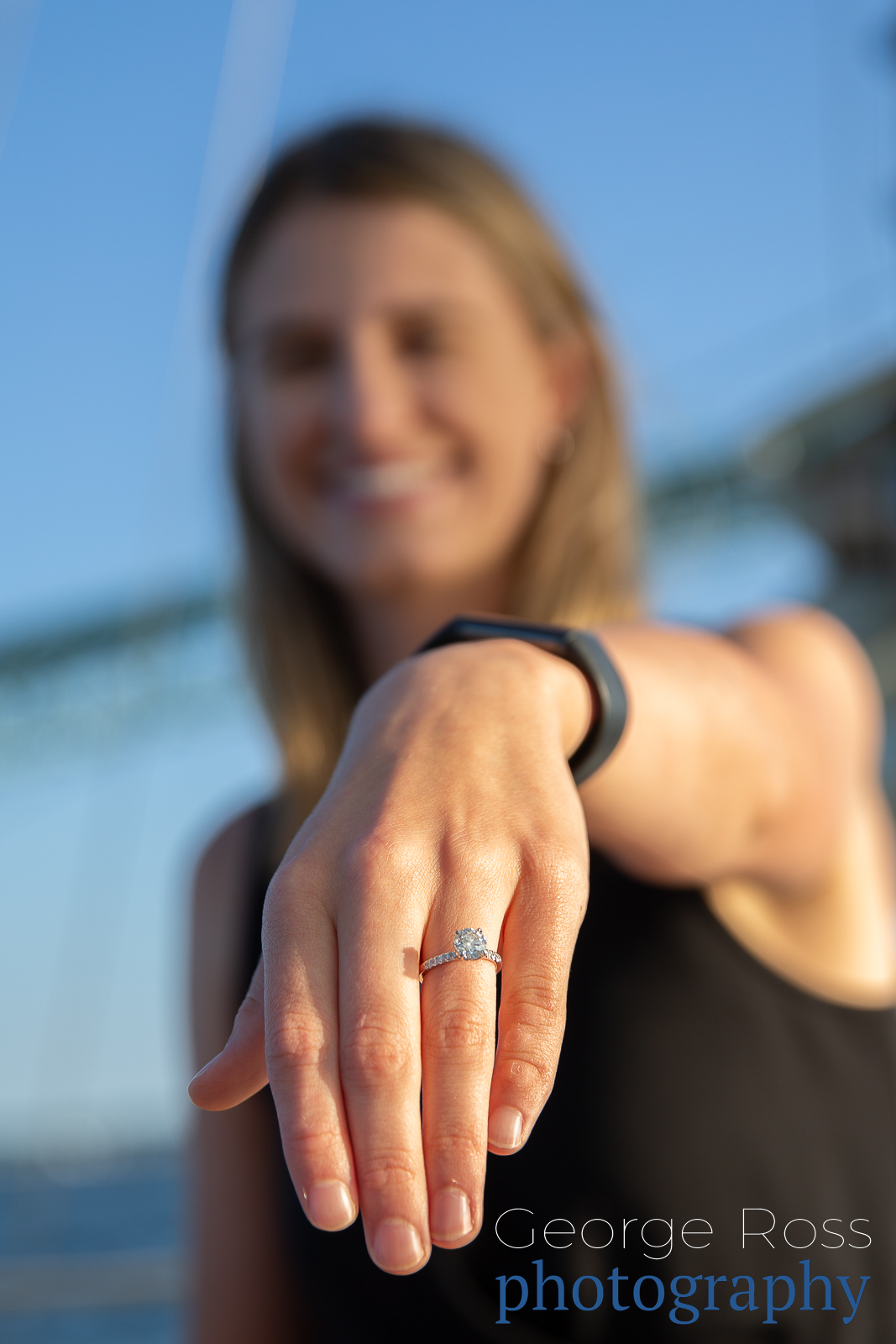 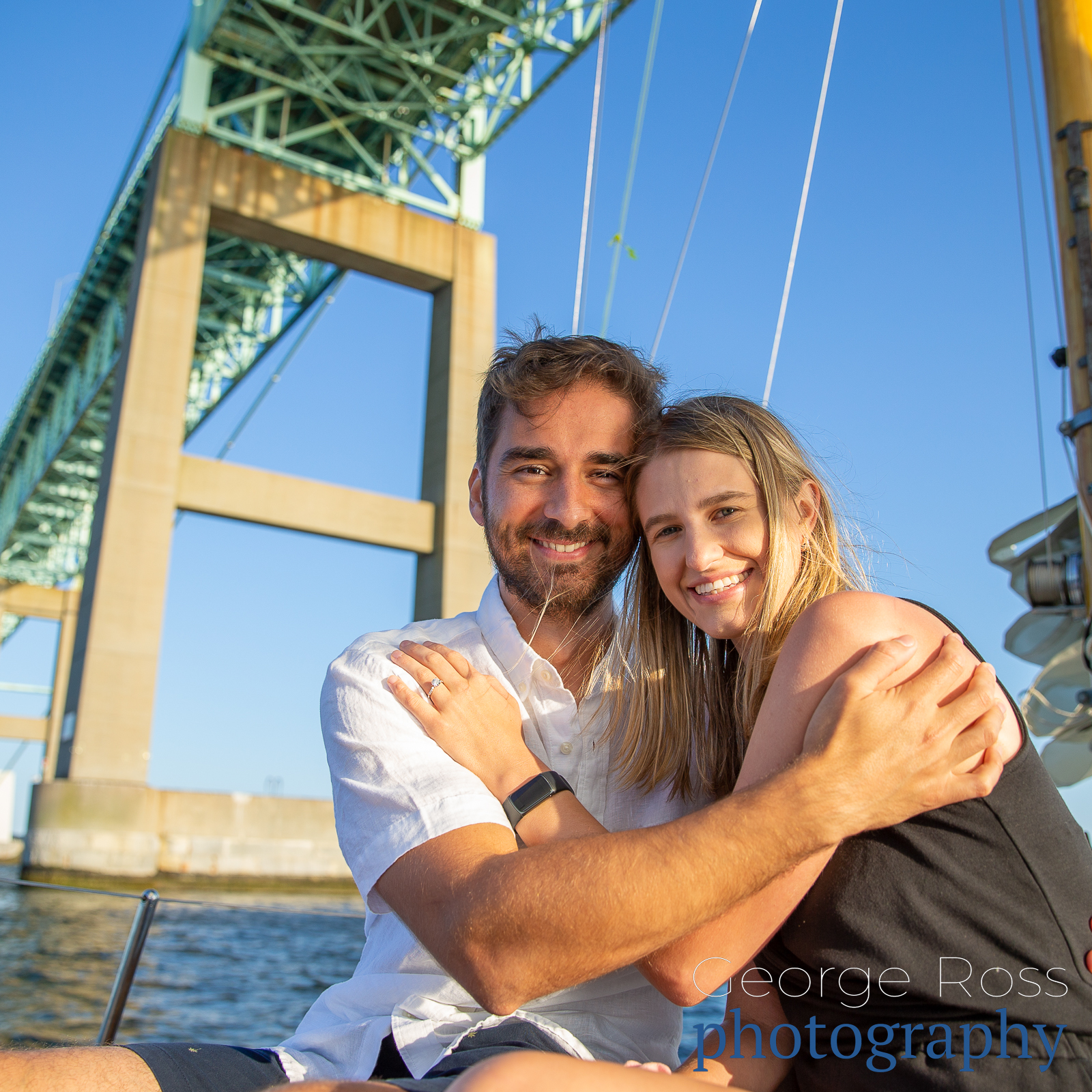 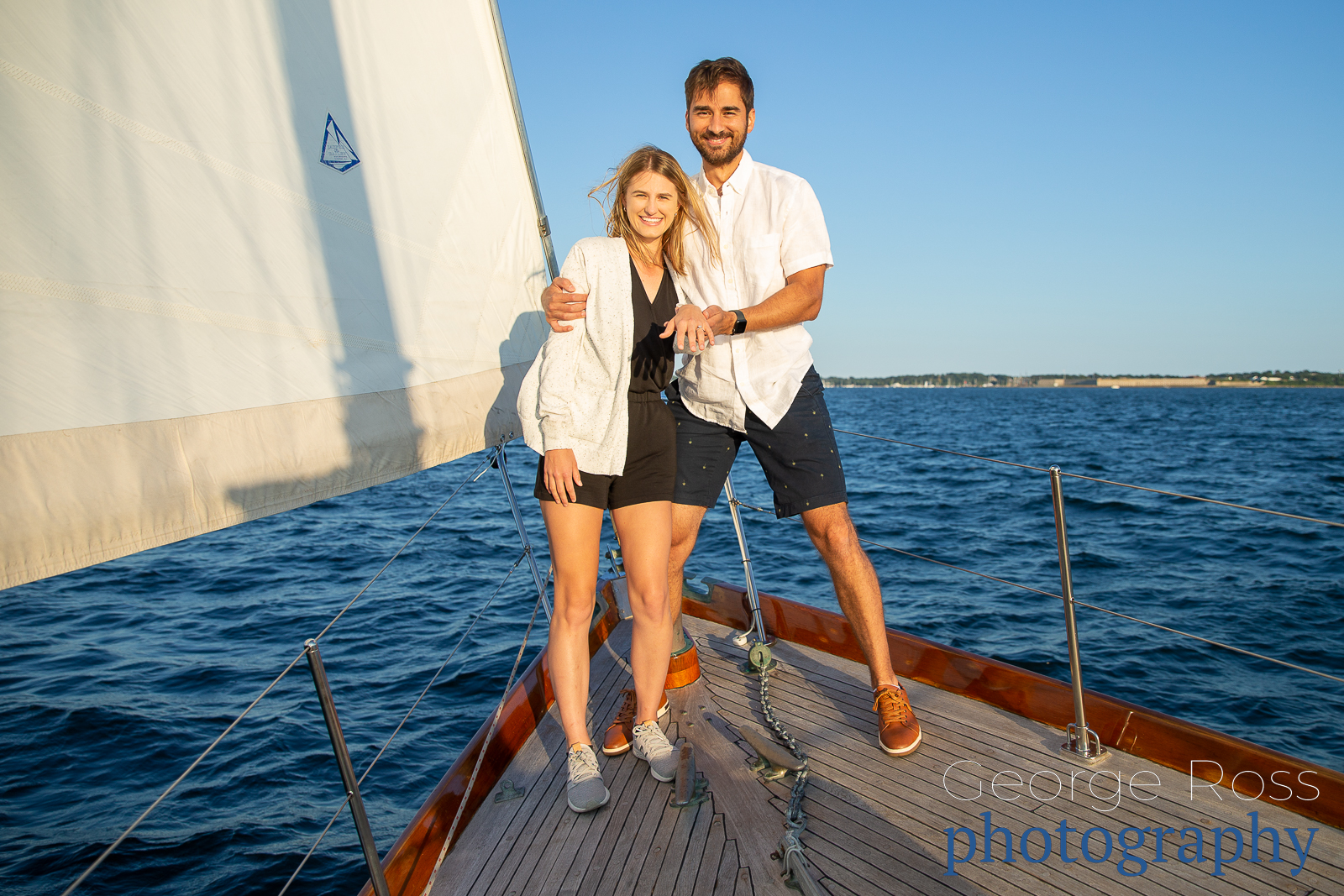 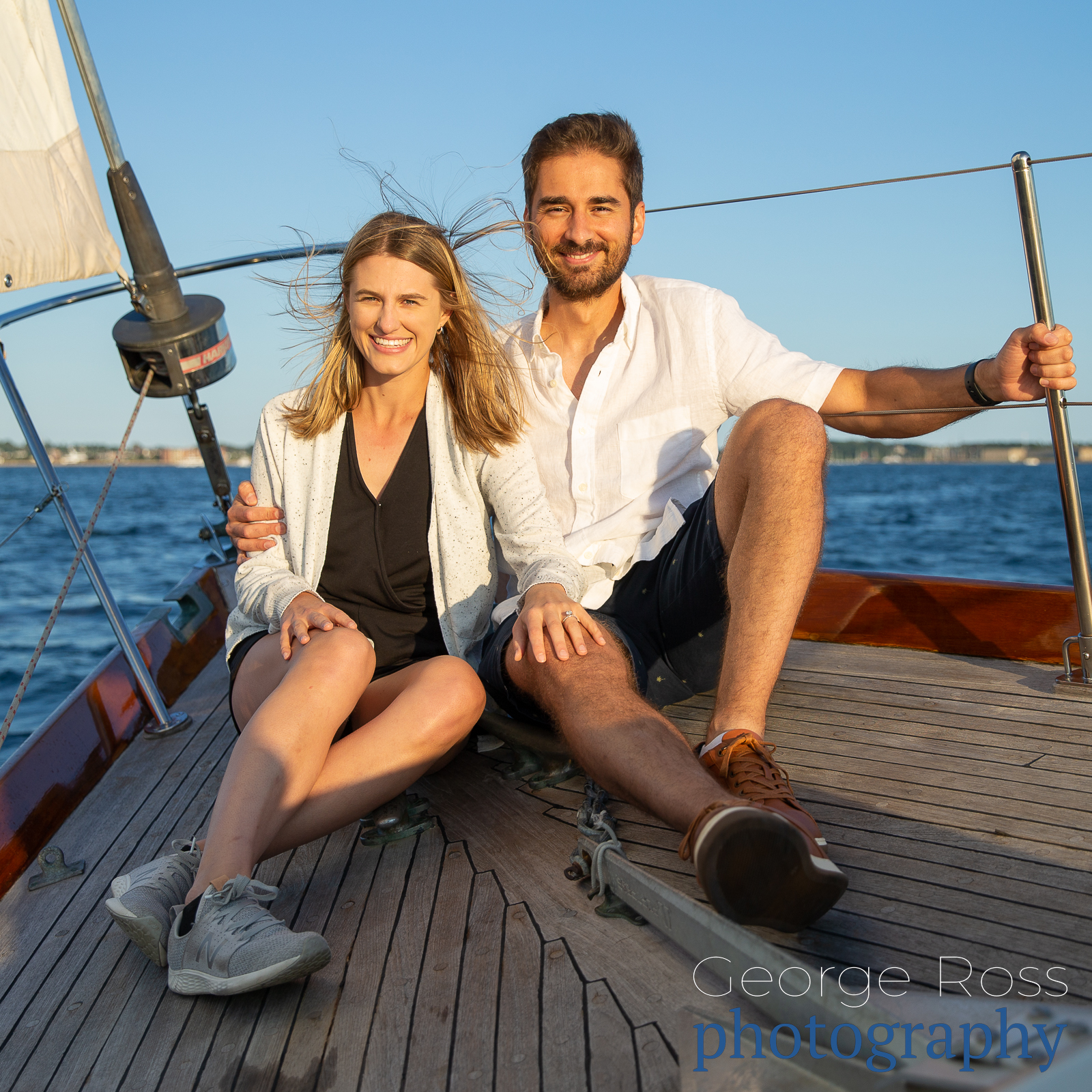 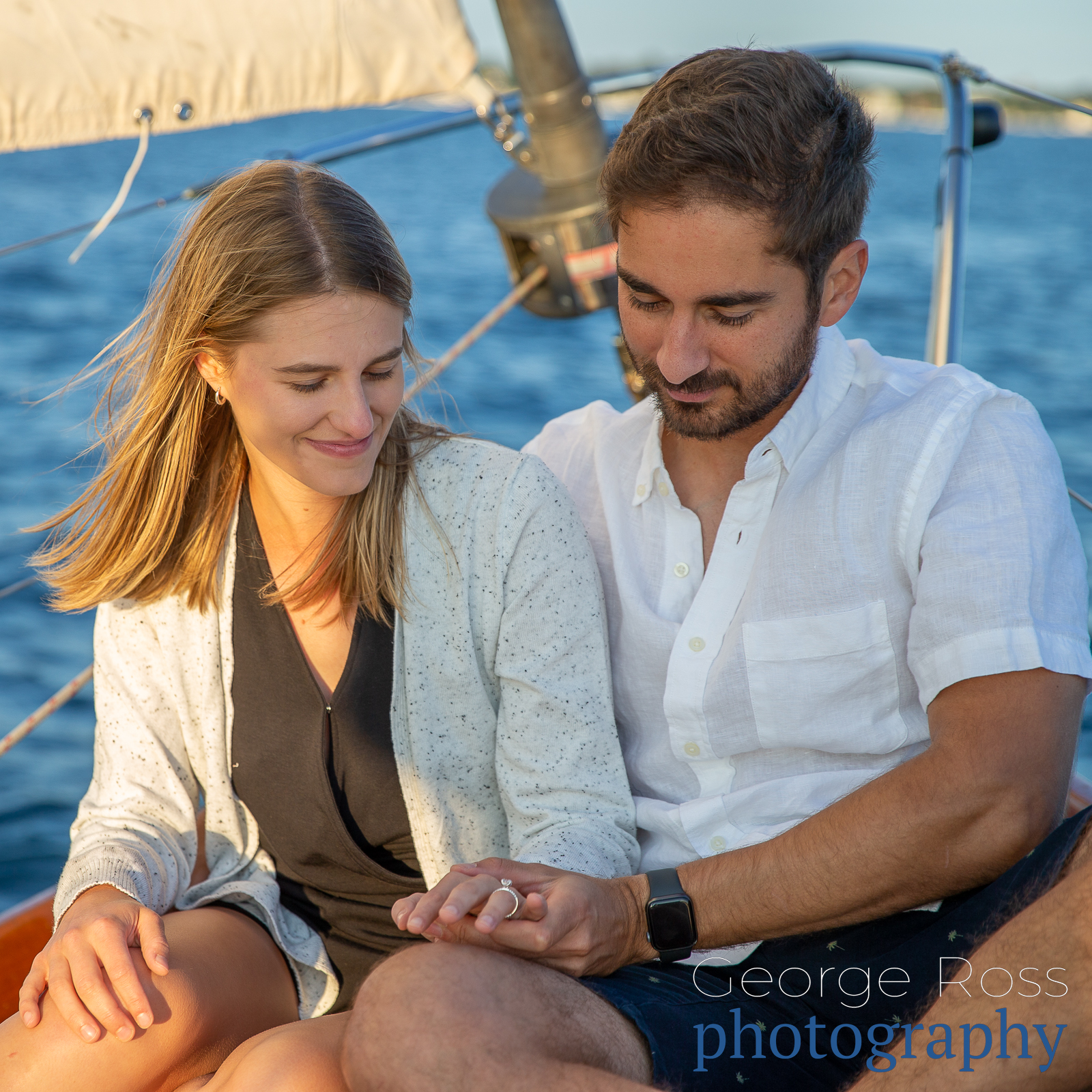 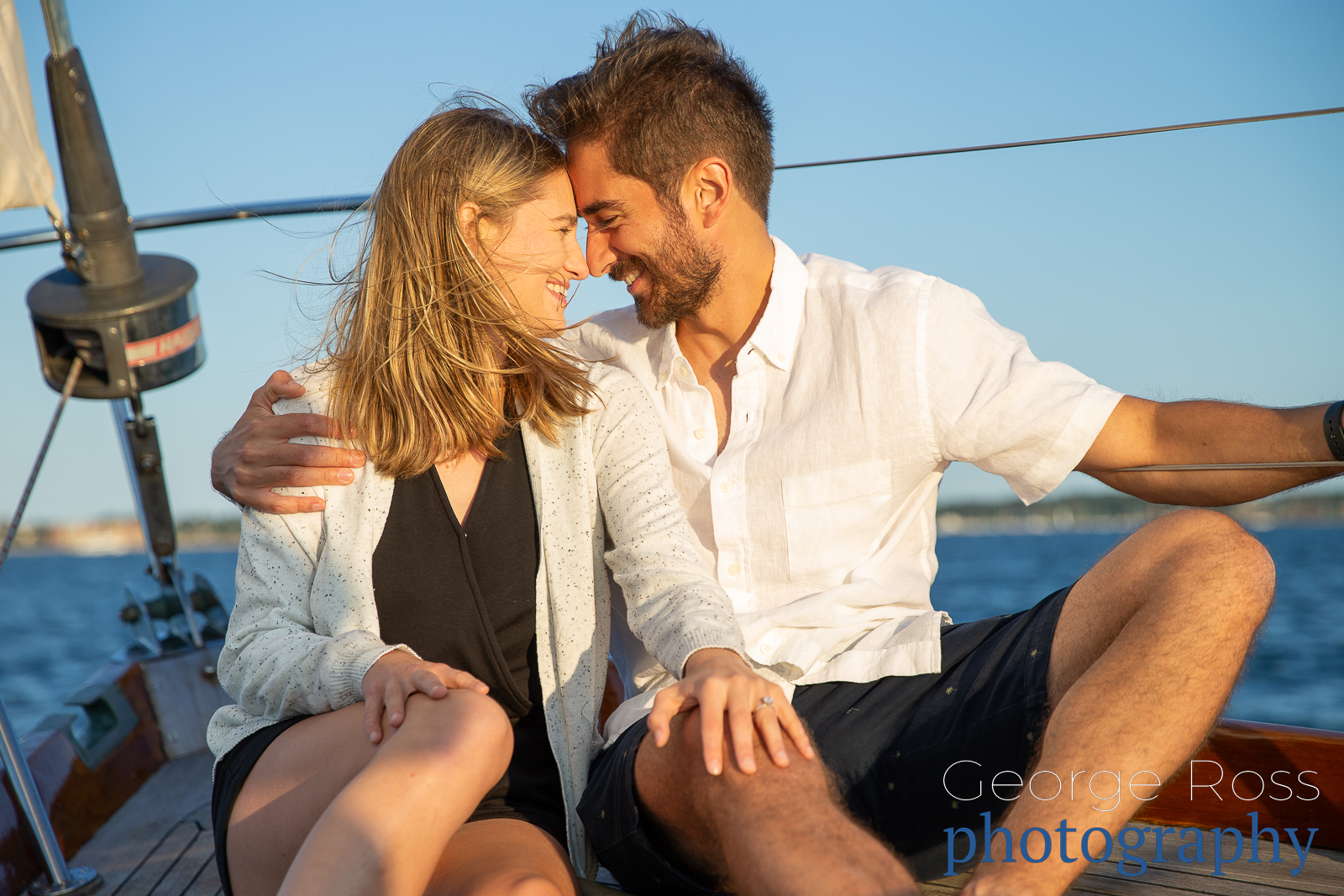 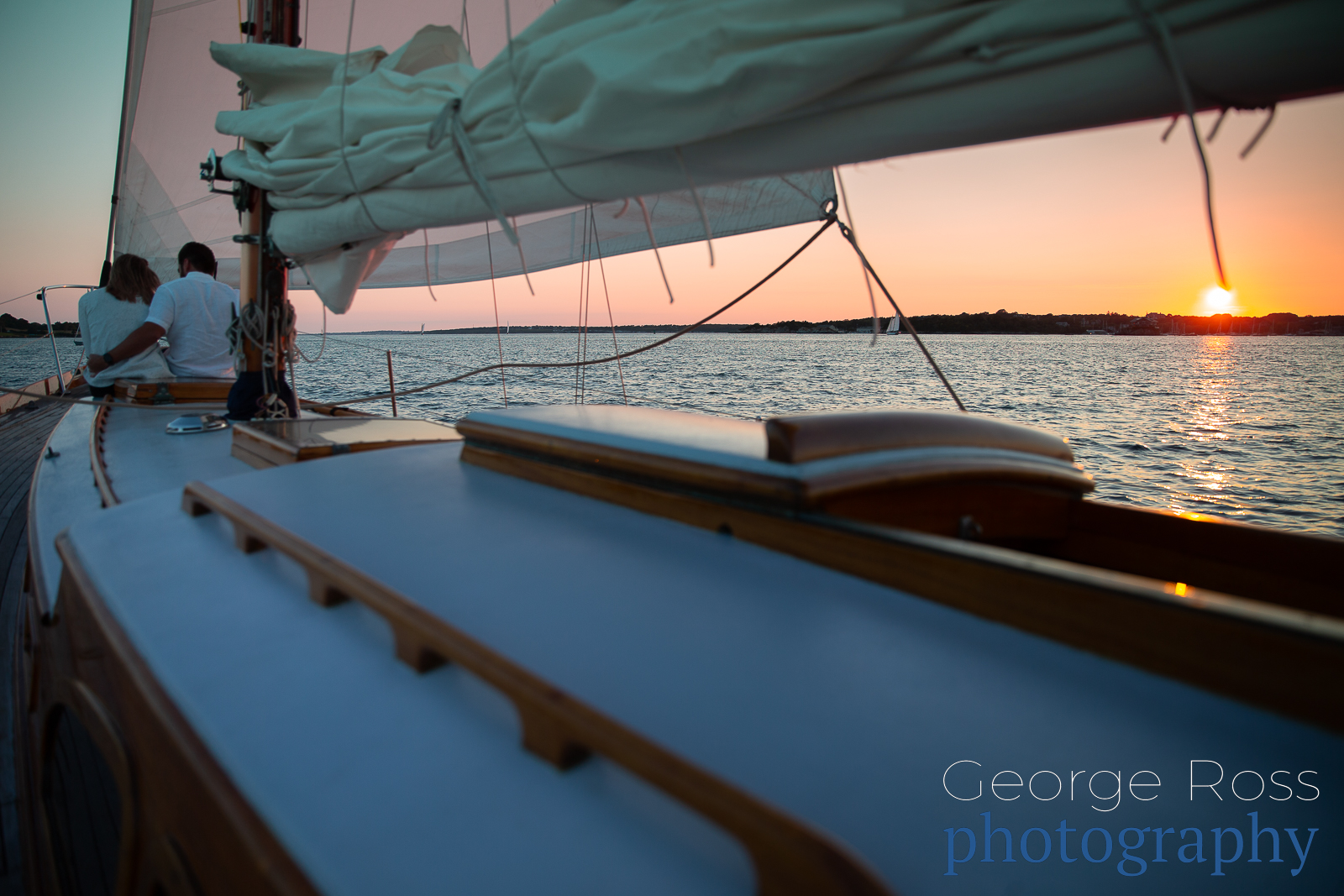 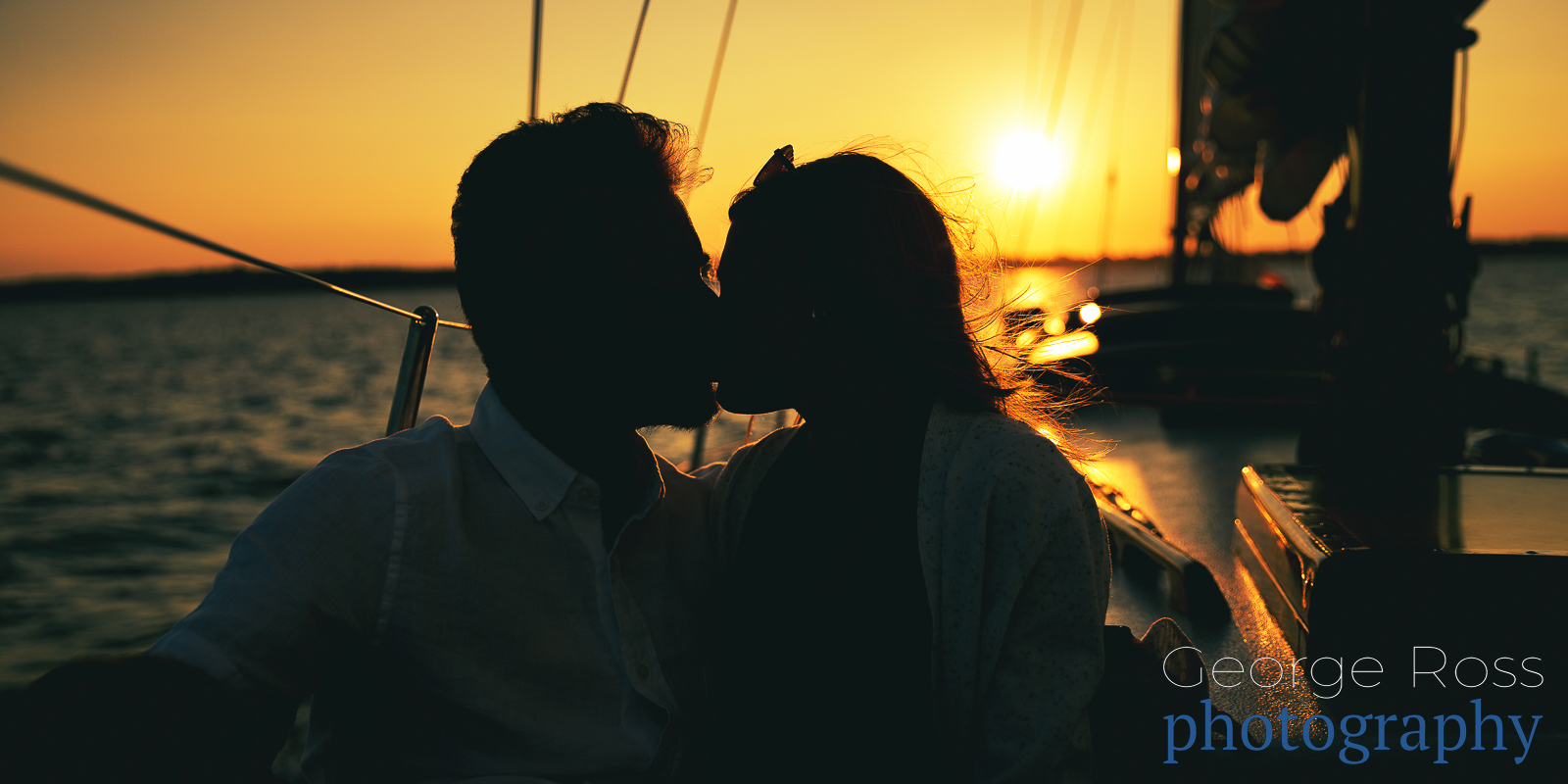