Like many of my surprise proposal clients, Brandon was from out of state (Georgia), but, in this case, his soon-to-be fiance – Scarlet- was originally from the Ocean State. What was particularly lovely in Brandon’s first email was that his goal was to give Scarlet a “sweet proposal.” Brandon had come to the right guy because I am all about sweet proposals.

The first hurdle was location; being from Atlanta, Brandon did not know the lie of the land. Inspired by some of the proposal shoots on my website, our task was to select a location that would fit his plans.

We needed a conversation; you can only get so far with email.

During our chat, Brandon told me that dinner was reserved at the Matunuck Oyster Bar, and his initial desire was to go to propose at the Castle Hill Inn. However, due to timing and Newport traffic, I advised against that. I annotated a google map to show him the relationship of all of the primo proposal locations compared to the Matunuck Oyster Bar.

I suggested Beavertail State Park because they could stop off as they traveled from Newport to the restaurant. I sent Brandon a selection of photos of Beavertail – rugged coastline, lighthouse, park grounds, easy to park – and he replied, “perfect.”

My next challenge was to pick a spot for the proposal and have Brandon, who had never been there before, arrive at the exact spot or thereabouts. I took a screenshot of Beavertail and marked four spots identified with A, B, C, and D and four associated photos also marked A through D. 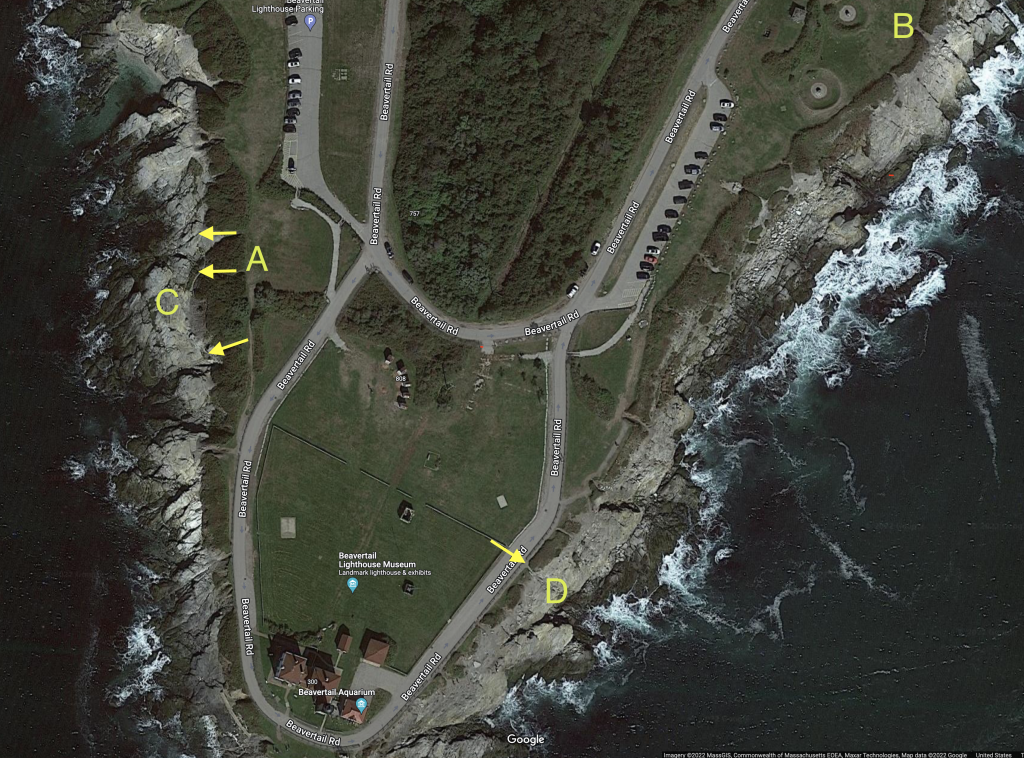 Brandon Picked ‘A,’ perfect; I was hoping for cloud cover because I would be shooting against the sun in the late evening if it was sunny but getting Brandon to the spot where I would be positioned was of much higher importance. That was job #1.

I then sent Brandon, parking directions. 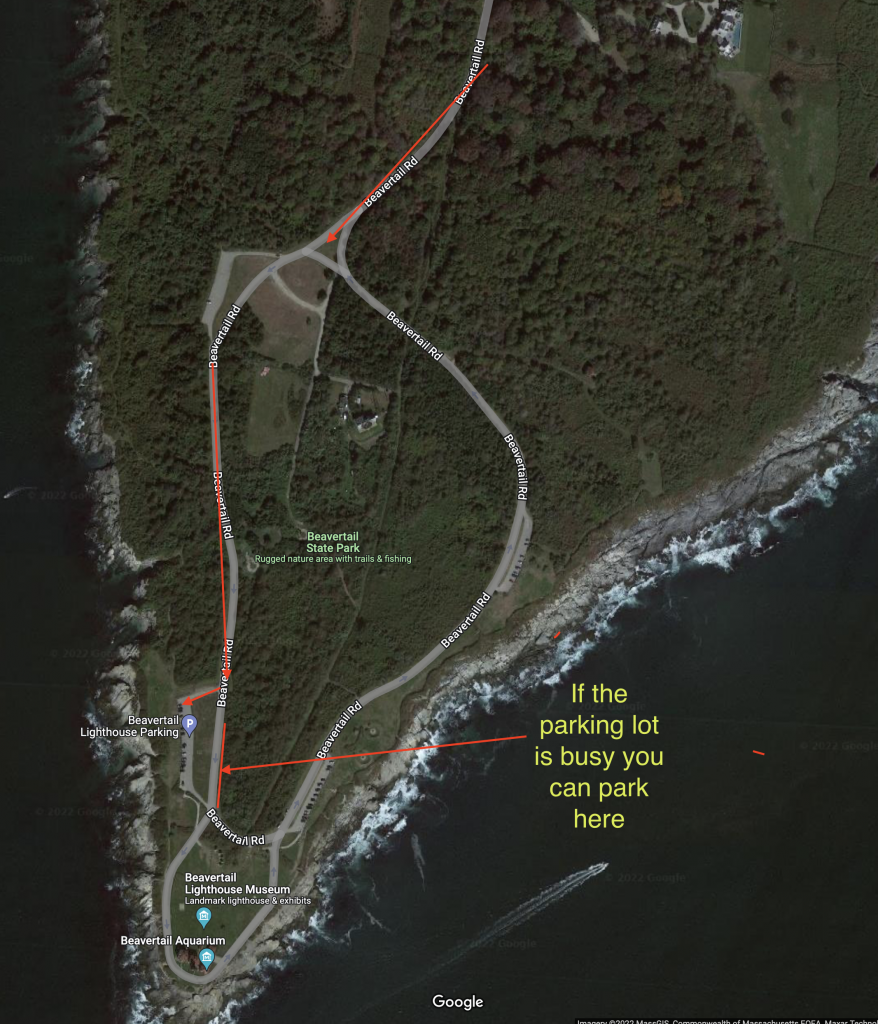 We had a workable plan!

The weather on the day of the proposal was beautiful, with temperatures in the mid-70s, low humidity, and just a slight breeze. The wind can be problematic on the island, but nothing to worry about today.

I always plan to arrive about 30 minutes before the scheduled proposal. When I left for Beavertail, I texted Brandon to let him know I was en route and another when I was parked. Brandon replied that they might be a few minutes late. I smiled when I read that because three parties are involved in a surprise proposal, and one of them does not know there is a schedule.

When I parked, I took a photo of my truck, including Brandon’s target destination, and texted it to him; my final effort to get Brandon and Scarlet where I needed them.

I stationed myself near spot ‘A,’ and I was wearing a Manfrotto Backpack which carried a backup camera – Canon EOS 1D Mk IV fitted with a 24mm to 70mm f/2.8 lens – a couple of strobes and an EF 85mm f/1.2 lens. My primary camera – Canon EOS 1DX – was fitted with a 70mm to 200mm f/2.8 lens and was hidden in a yellow sports bag. I had taken a couple of test shots before putting my camera in my bag, but it was one of those days when tiny clouds kept changing the lighting conditions. I would have to make adjustments on the fly.

The yellow bag is important; not only does it conceal a camera, it permits my clients to recognize me from a distance.

I saw Brandon and Scarlet leaving their vehicle and heading in my direction. As they got closer, they appeared to be moving away from ‘the spot’ when Brandon signaled to me; he was pointing to the spot; I nonchalantly nodded.

As they moved closer, I ready the grip on my camera. Brandon held Scarlet affectionately and then dropped to his knee.

It was very sweet; mission accomplished!

After photographing many, many, surprise proposals…

Never do anything different. A behaviour change will give the game away!