One of the challenges of the wedding photographer is dealing with ugly backdrops. Many time the couple would like to have their photos taken in a specific spot for a variety of reasons. For this shot which was taken in downtown EastGreenwich, Rhode Island, I had to deal with a red stop sign and telegraph poles as well as sunshine breaking through the trees.

After I had positioned Angela to avoid the sunspots, or at least minimize them, I moved my position to hide the stop sign behind her back. This left one last challenge, how to disguise the ugly telegraph poles and wires which were directly behind her.

To do this, I use a lens which has a very shallow depth-of-field blurring everything behind Angela, keeping only Angela in focus. The degree of blur is massive, and in photographer-speak, this is called bokeh.

I used an f/1.4 aperture which lets a huge amount of light into my camera’s sensor and blurred out the background. The end result is a beautiful, romantic, bridal portrait. 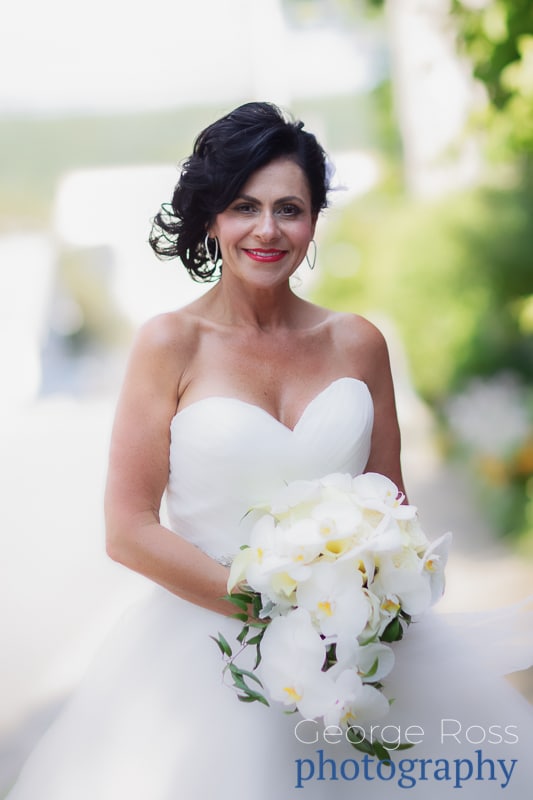