When Francesco initially contacted me, he requested a surprise proposal photoshoot for his girlfriend, CJ, “on the rocks overlooking the water” at the Castle Hill Inn. Being from out-of-state, like 90% of my surprise proposal clients, he had reviewed various shoots on my website and liked the Castle Hill Inn blog galleries. Francesco requested 8/19 or 8/20, and given that I had a shoot scheduled for the 20th, we agreed on the 19th; perfect!

I sent Francesco a detailed proposal which included a variety of informational resources from my website about planning and selecting a location in Rhode Island for a surprise proposal. We set a date for an exploratory discussion, an essential part of planning a shoot like this.

During that call, we determined my regular spot for a proposal at Castle Hill Inn – the famed lawn full of Adirondack chairs and guests enjoying the view and a beverage – would not work. CJ would be uncomfortable in such a public setting (which she confirmed to me when we chatted during the shoot). It is common for the guests sitting on the lawn to let out a huge cheer after a proposal, so we shelved that idea. We needed to find somewhere quiet and somewhere where I could navigate Francesco because he had never been to this location.

While the lighthouse is a popular attraction, there are never more than 6 to 12 people scattered around the area and so not overly busy. With the lawn ruled out, I suggested a spot beside the lighthouse that looks back onto the Inn and would meet Francesco’s initial goal of “on the rocks overlooking the water.” The lighting would be excellent in the late afternoon. I would have nowhere to hide; I planned to hide in plain sight; as a tourist taking photos of the lighthouse. I sent Francesco a picture of my location idea, and he agreed with my pick. Now the challenge; can I direct Francesco to the exact spot? 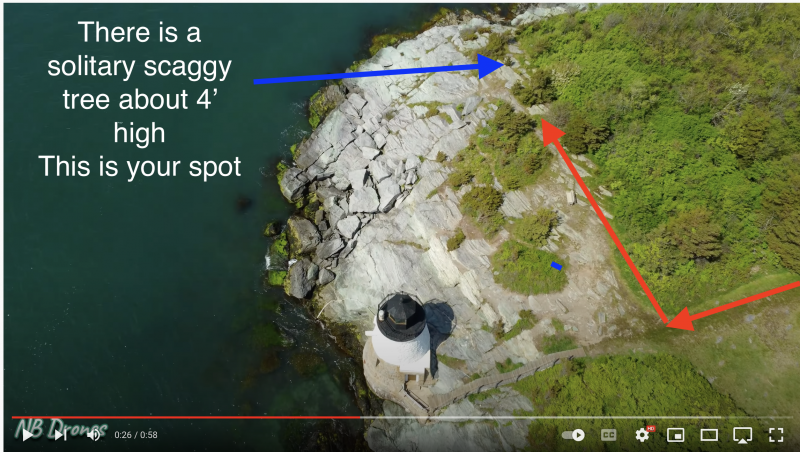 I sent him a couple of annotated Google map screenshots, and while my directions were good, were they good enough to get a very nervous man who was about to propose to my spot? I need to show him something in 3D; a drone video would be perfect. It took a few minutes on Youtube, and I found a video that included my spot. I created an annotated screen capture and sent him the video; we were all set.

We had a final call in the days leading up to the big day, and I asked if he could share his location with me on his iPhone and send me a photo of them wearing the clothes they would be wearing at the lighthouse. When the partner is female, it is much easier for me to recognize the couple – at a distance – if I know what she is wearing and her hair color/style.

I always pad my travel time by 30 minutes, and I have never needed it until this day! As I merged onto Rte 138 (from Rte 1) heading towards the Jamestown bridge, I joined a parking lot; the traffic was not moving.

I tried sending a couple of texts to notify him of a possible issue, but my text messages did not go through. My phone signal was on a one-bar which did not make sense on such a busy road. For the next 10 minutes, the traffic did not move, but I, after multiple attempts, connected with Franceso to let him know the bad news. Eventually, the traffic began to move, and we passed a multiple-vehicle accident where one of the vehicles was burnt to a shell. While I was worried I would be late for my appointment, it didn’t matter, given the devastation I had just witnessed. I knew that Francesco would understand, and we would call an audible – and make it work – if I were to be late. 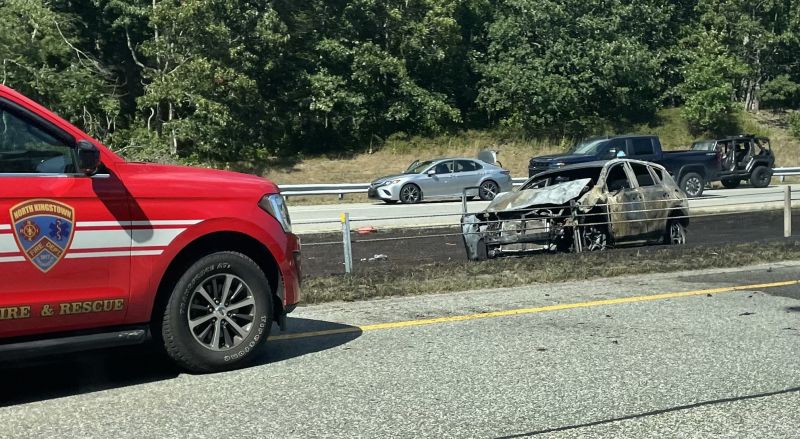 I took the backroads around Newport and was able to arrive at the Inn at 4:12 pm. When I left home, my GPS provided an ETA of 3:45 pm. I checked my FindMe app, and my couple had not yet left Middletown. I received a text informing me that they were waiting on an Uber. Phew, I could breathe.

I parked in the self-park area at the Inn and enjoyed my stroll to the Castle Hill Light House. When I arrived, there was only one couple in the area around the lighthouse; great, I hoped it would remain like this until my photoshoot.

The couple left, and I was the sole occupant of the lighthouse area. I had to figure out a camera concealment strategy. I decided against hiding in plain sight with my camera, being the only person there. I saw a little rock ledge where I could conceal my backpack and camera. I took a couple of test shots, hid my camera, and moved to a position about 5-yards from my gear. I lay in wait. 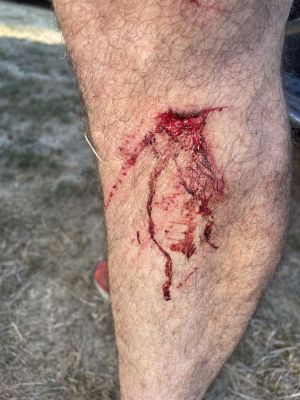 I checked my FindMe app, and I could see that they were on the property; and I received a text to confirm what I saw on my phone.

When Francesco and CJ arrived at the lighthouse, there was no one else there to interrupt our plans.

Would Francesco walk to the exact spot as we planned; yes, he did!

I looked over the water when they walked onto the rocks, just a man enjoying the view. Through the corner of my eye, I could see them arrive at ‘the spot’; Francesco immediately dropped to a knee, almost catching me out. I raced over the 5 yards to pick up my camera, and as I did so, I caught my leg on a rock and cut my leg, but there was no time to think about that at that moment.

There was a bunch of planning and a lot of nerves on Francesco’s part, but CJ’s smile made it all worthwhile.

Francesco’s initial request was for his proposal to be “on the rocks overlooking the water;” together, we nailed it even if I did bleed a little! 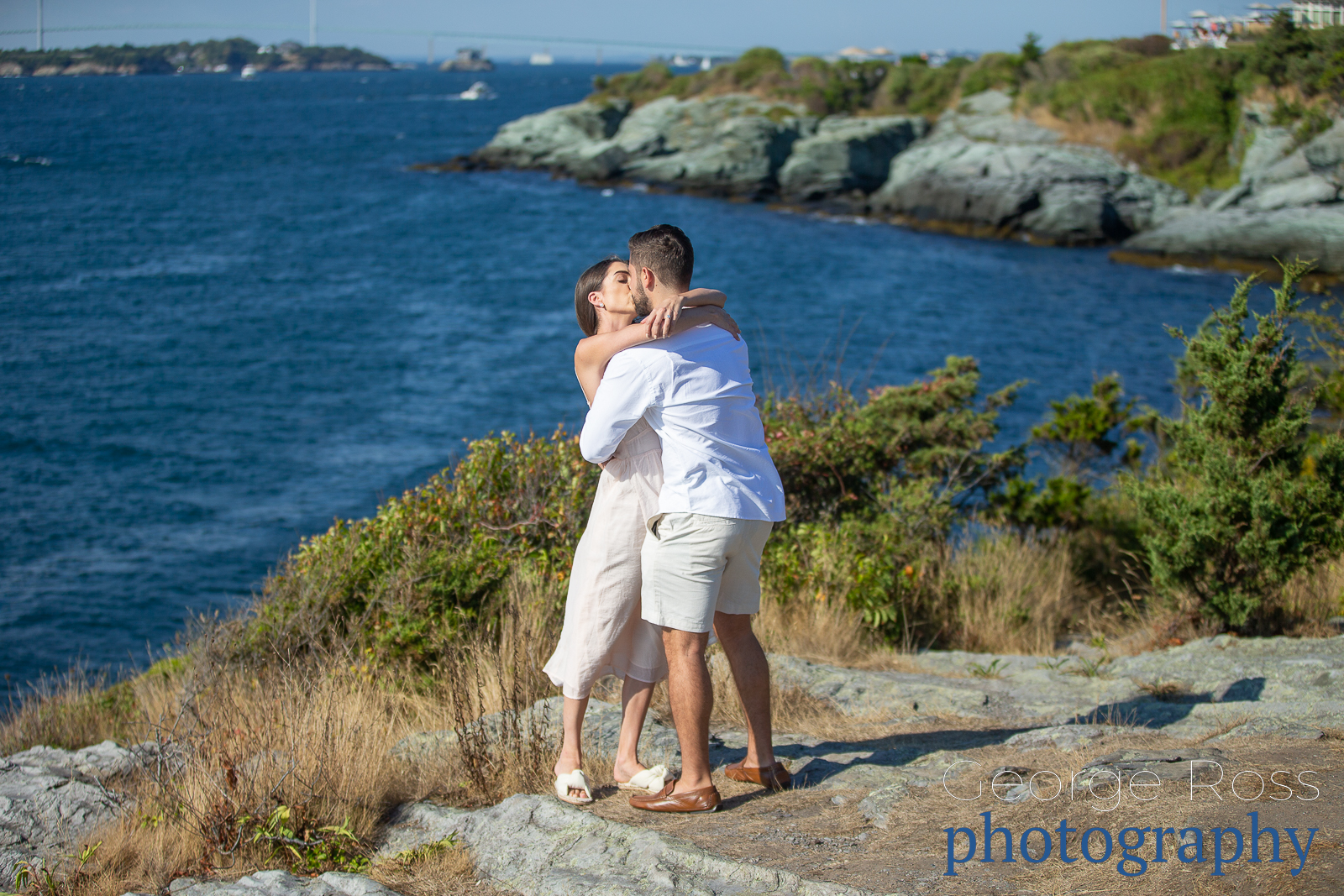 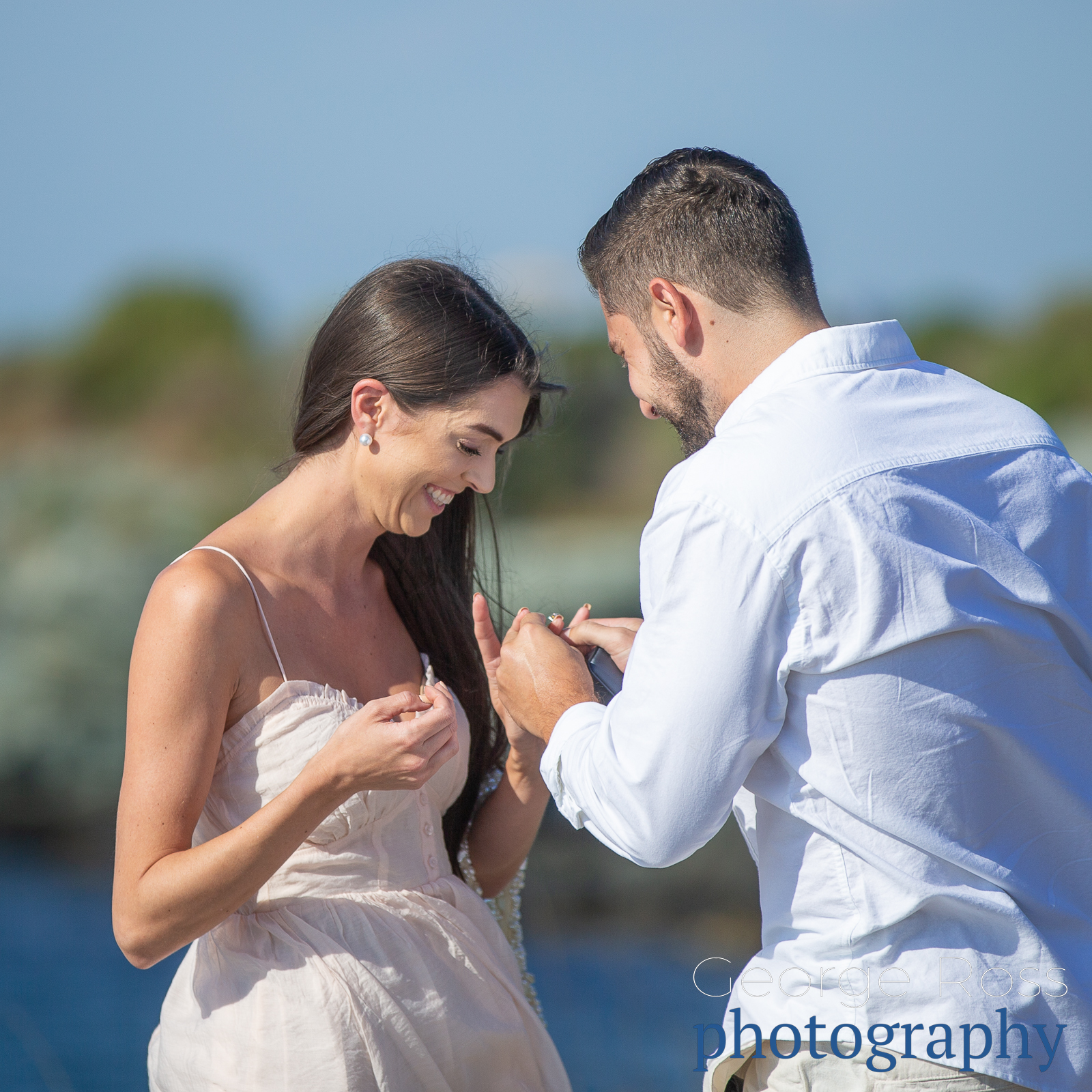 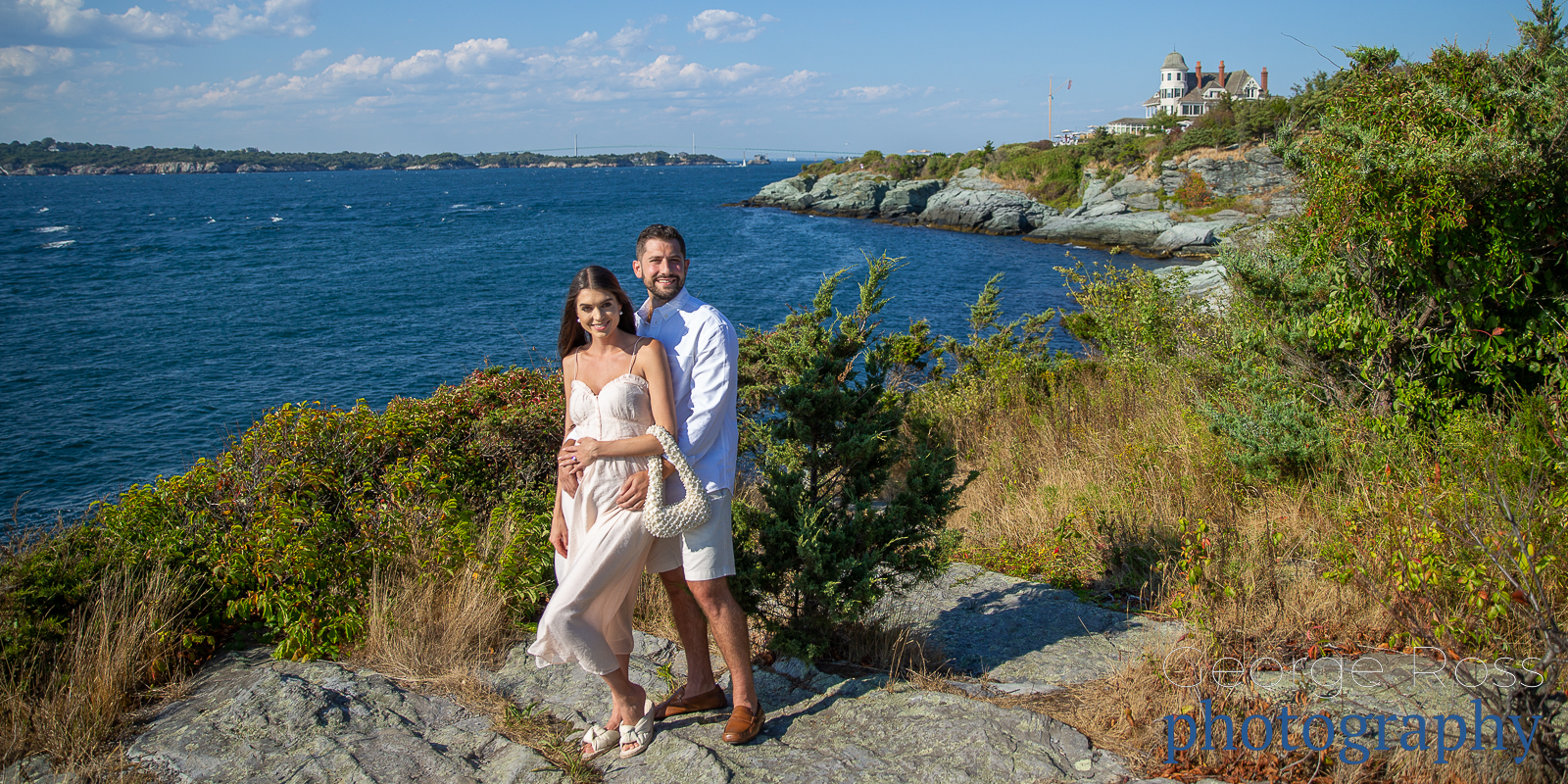 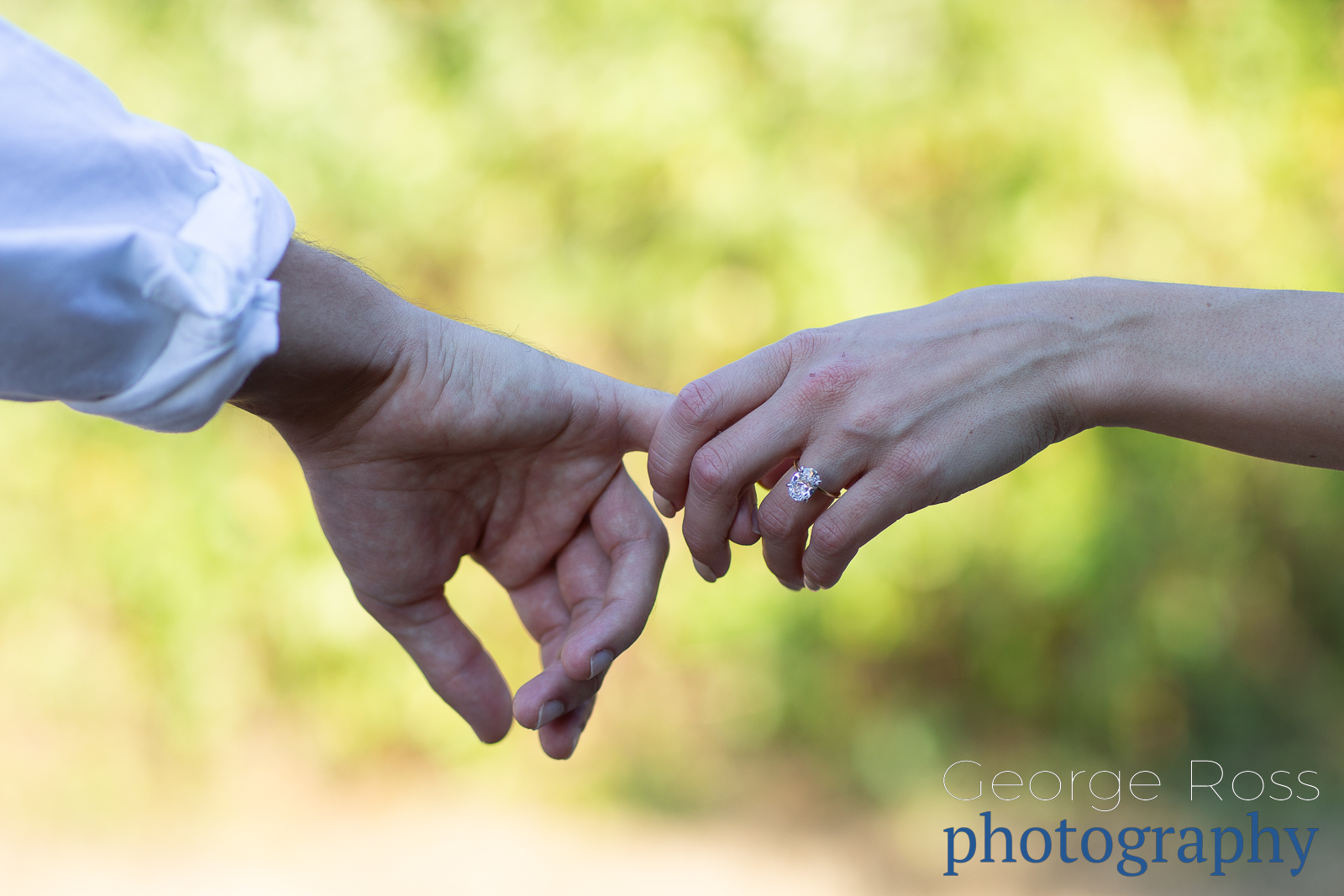 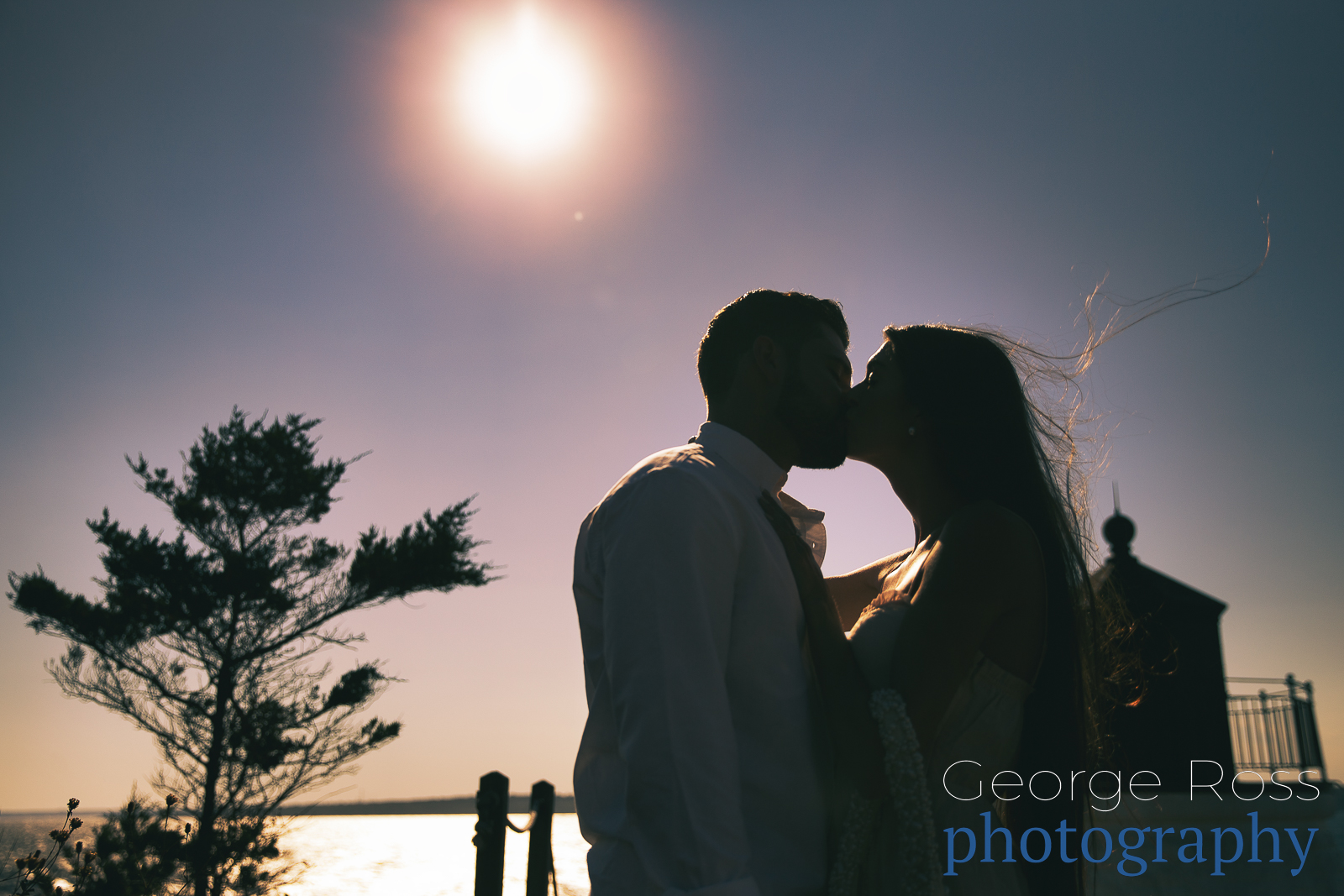 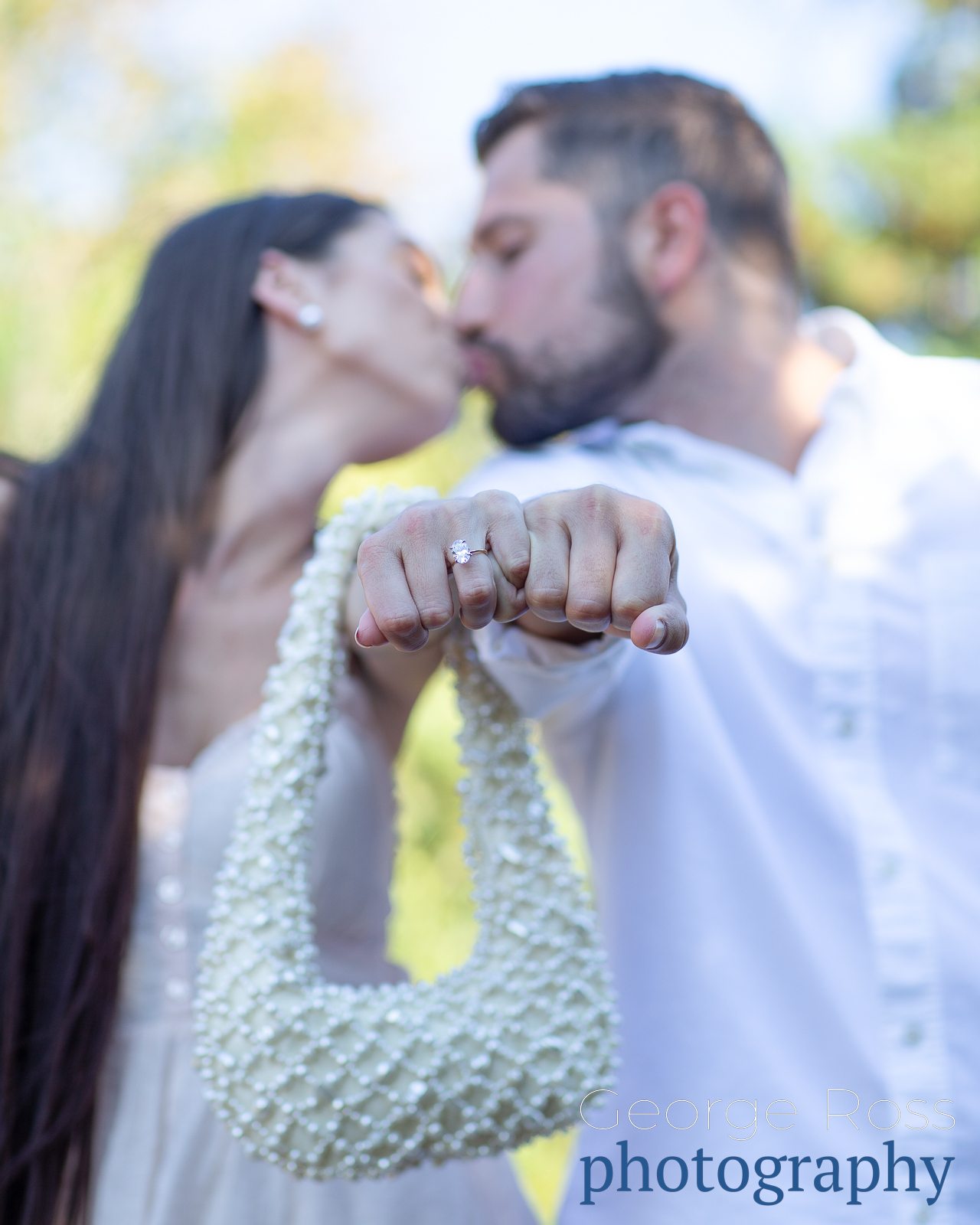 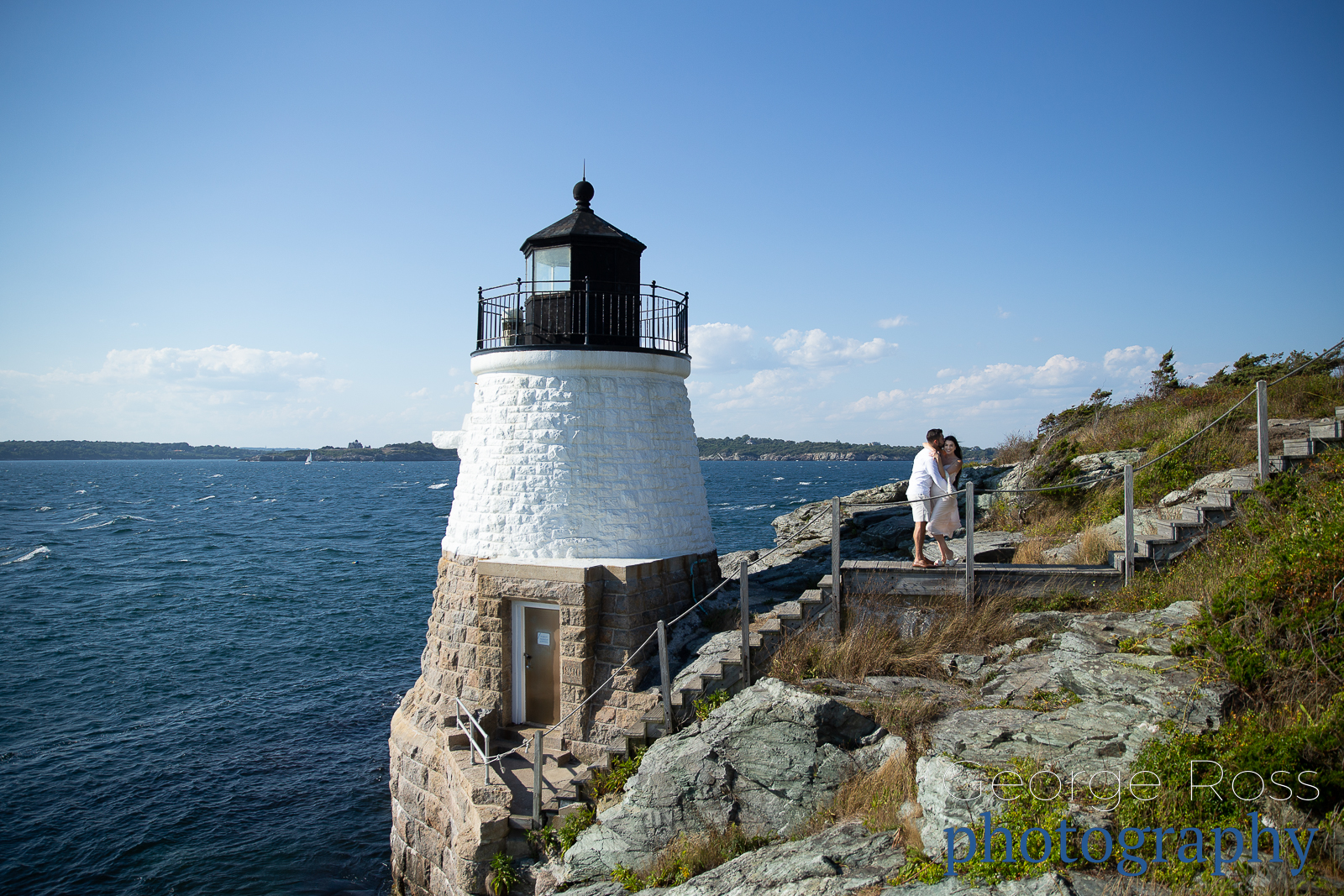 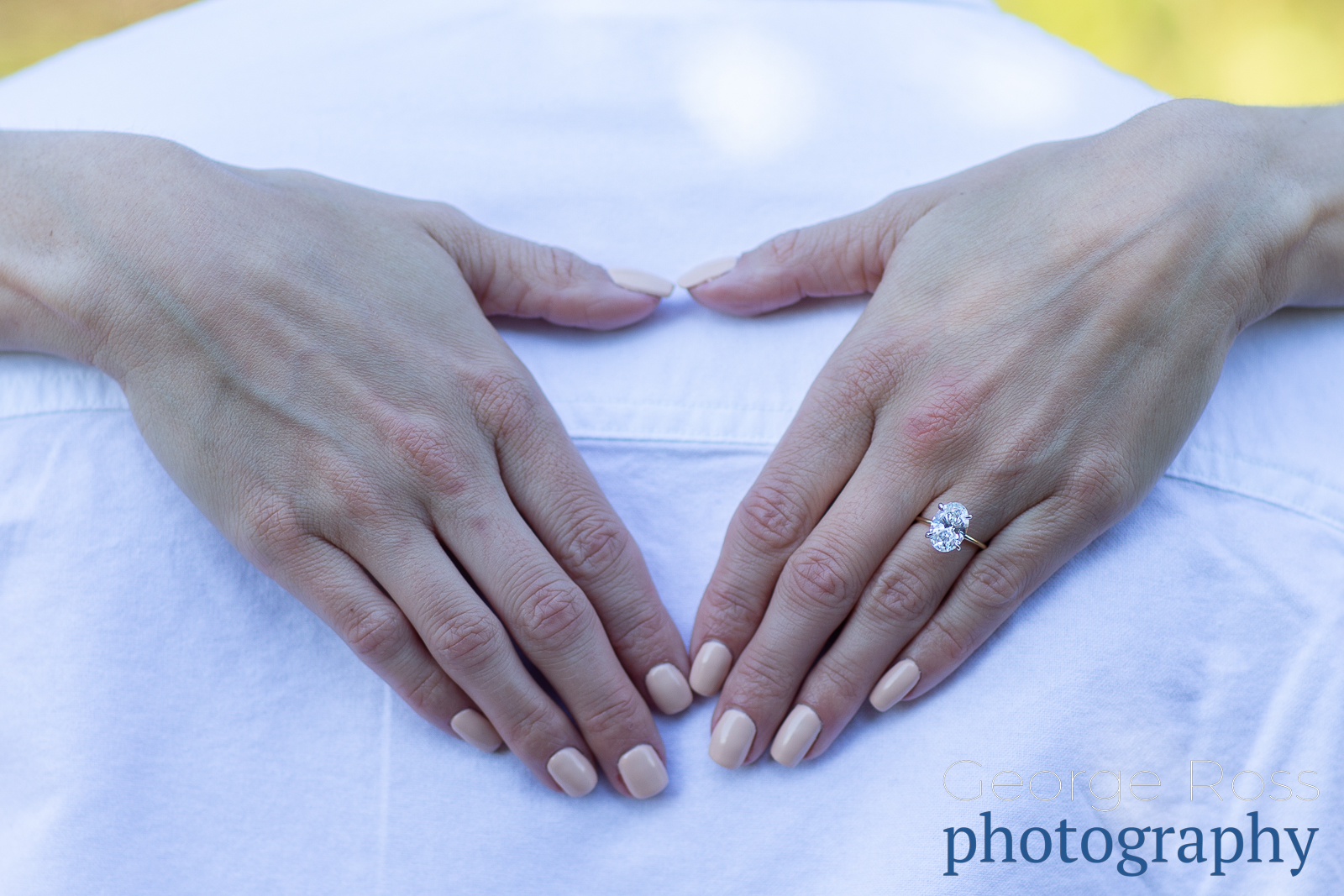 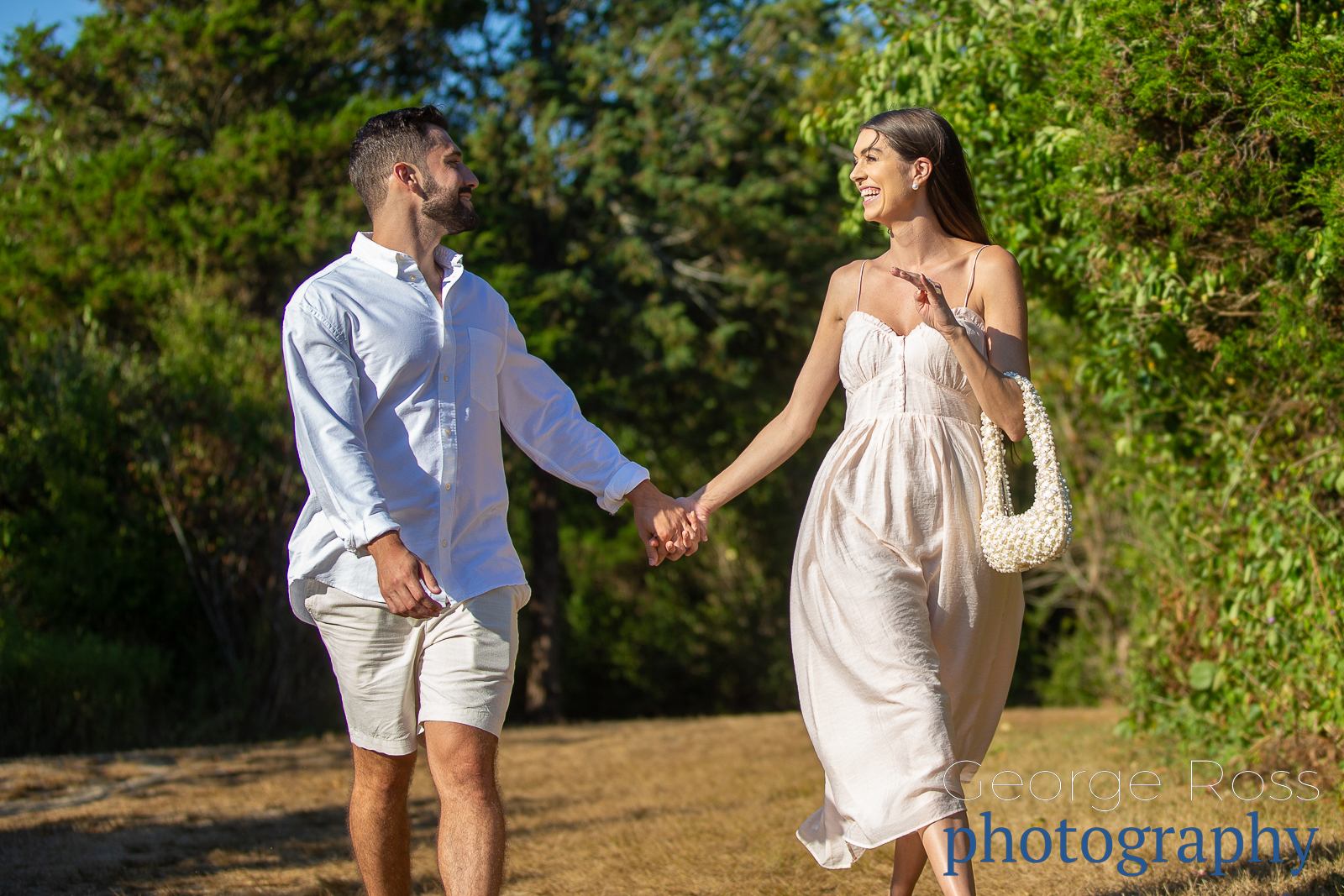 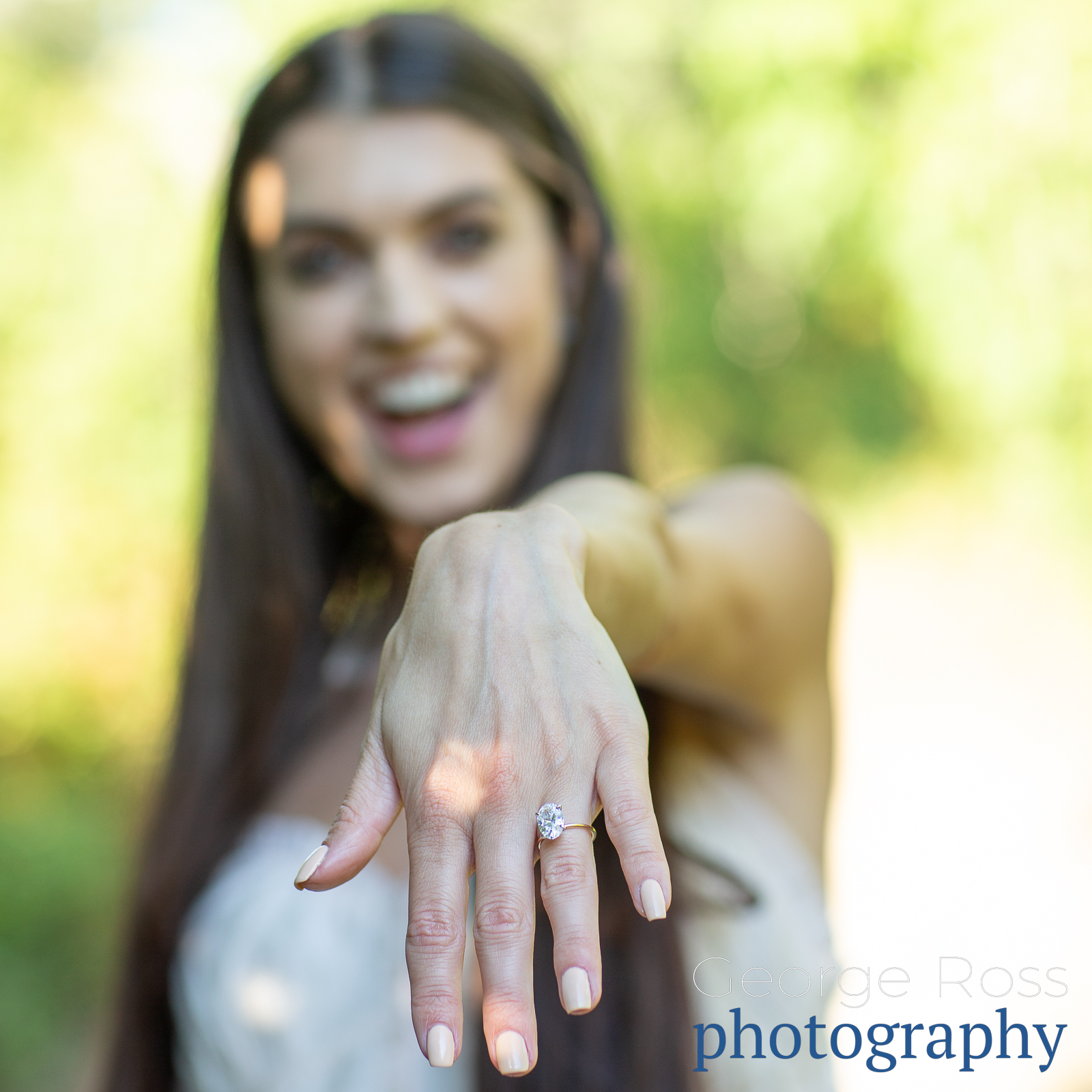 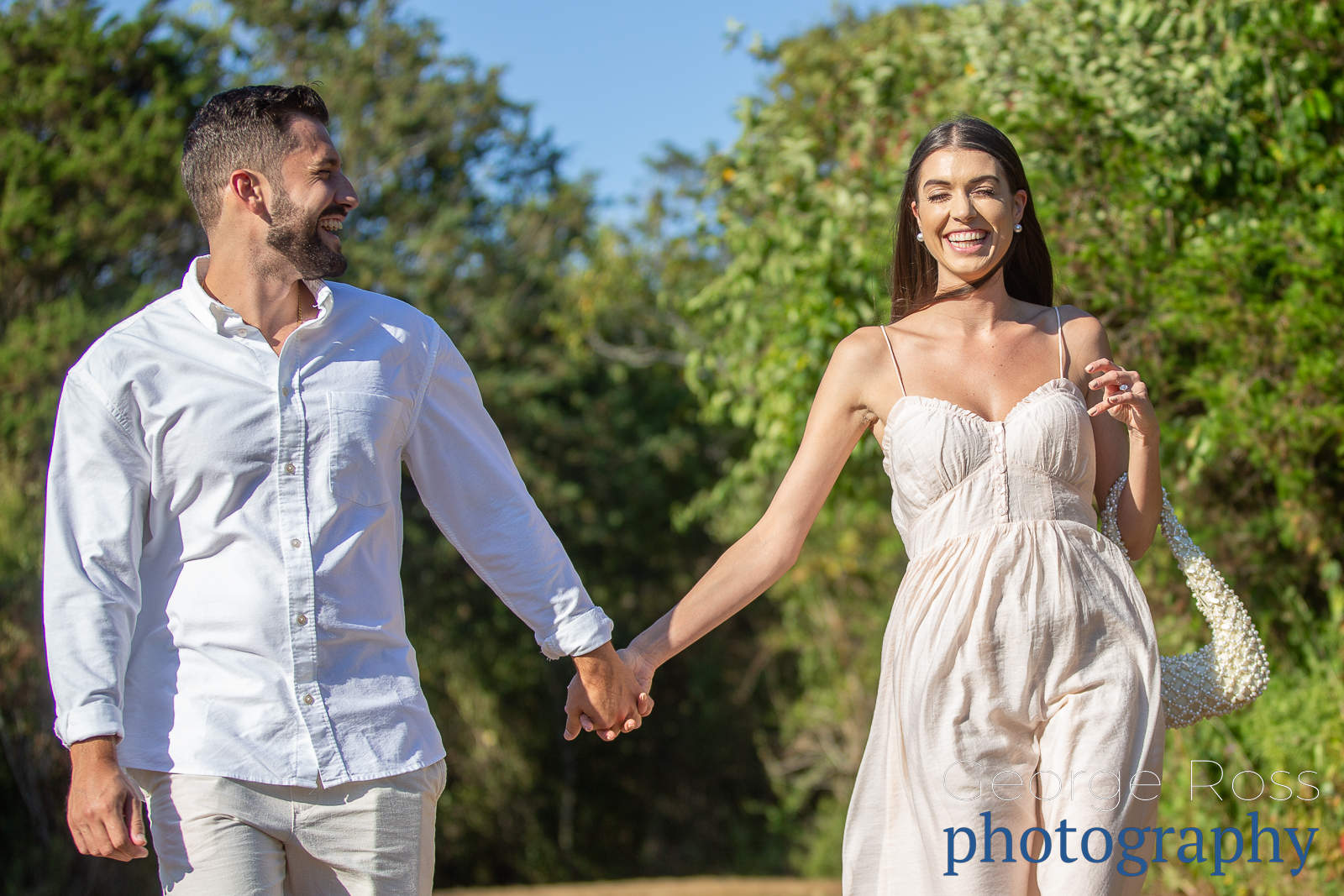 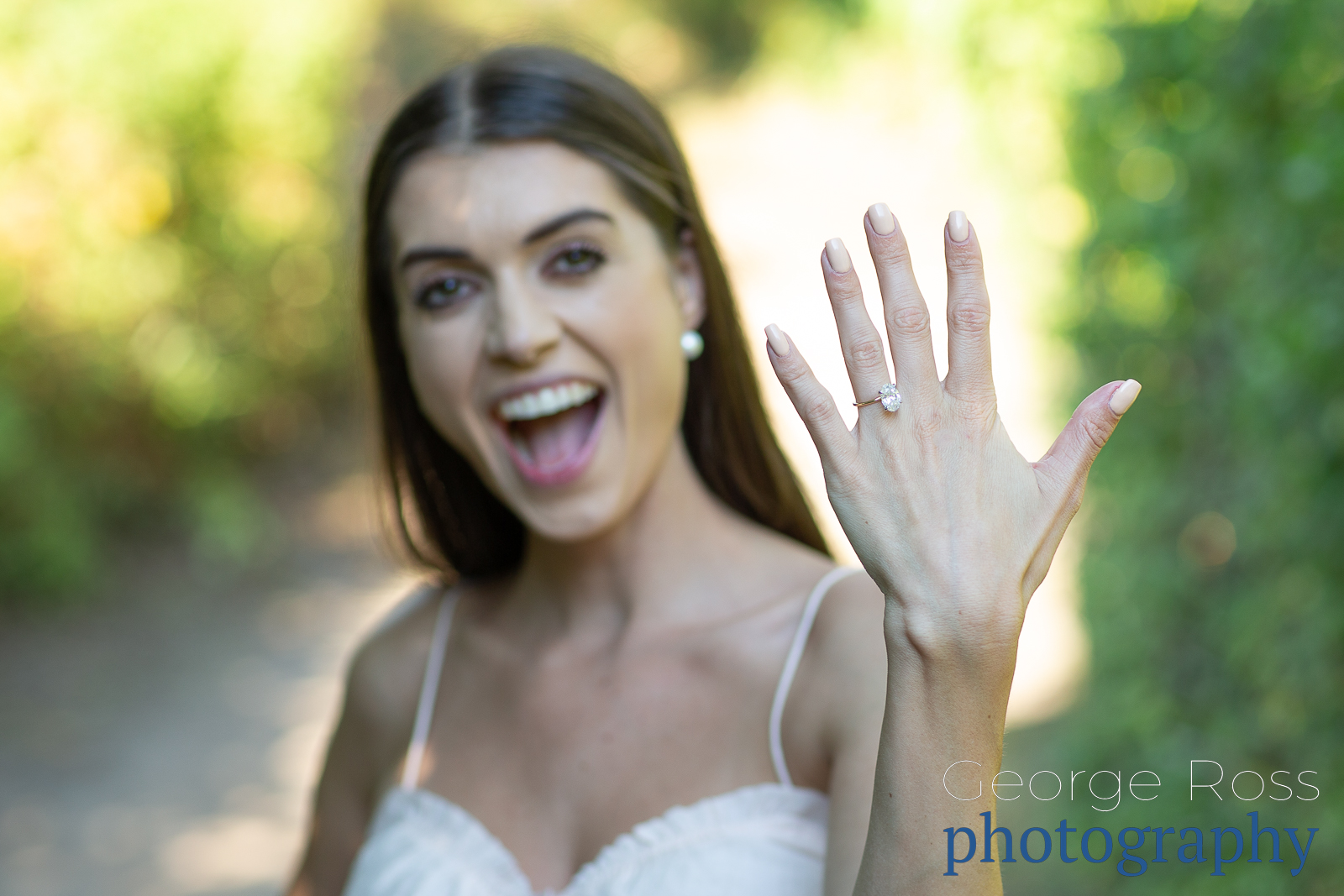 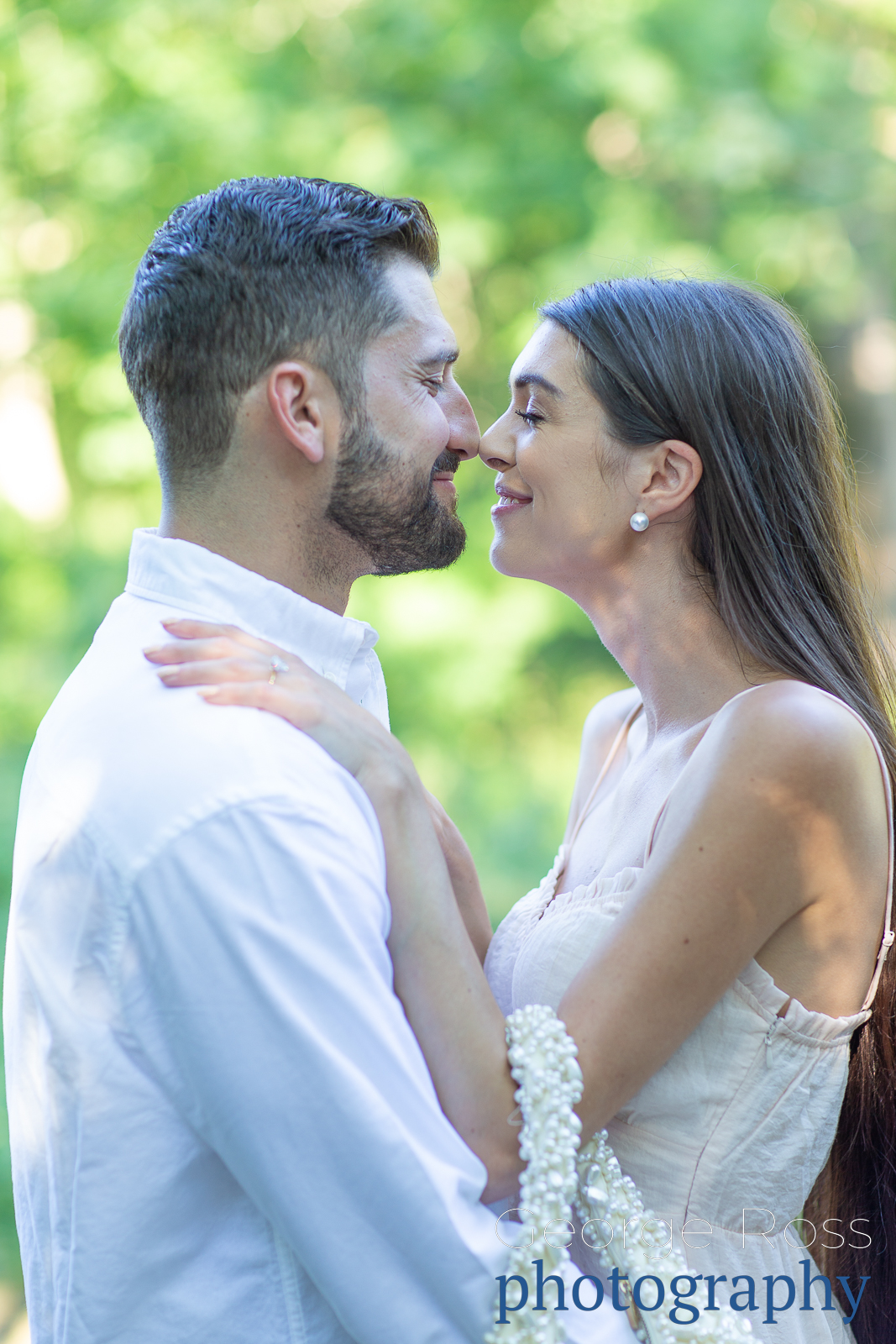 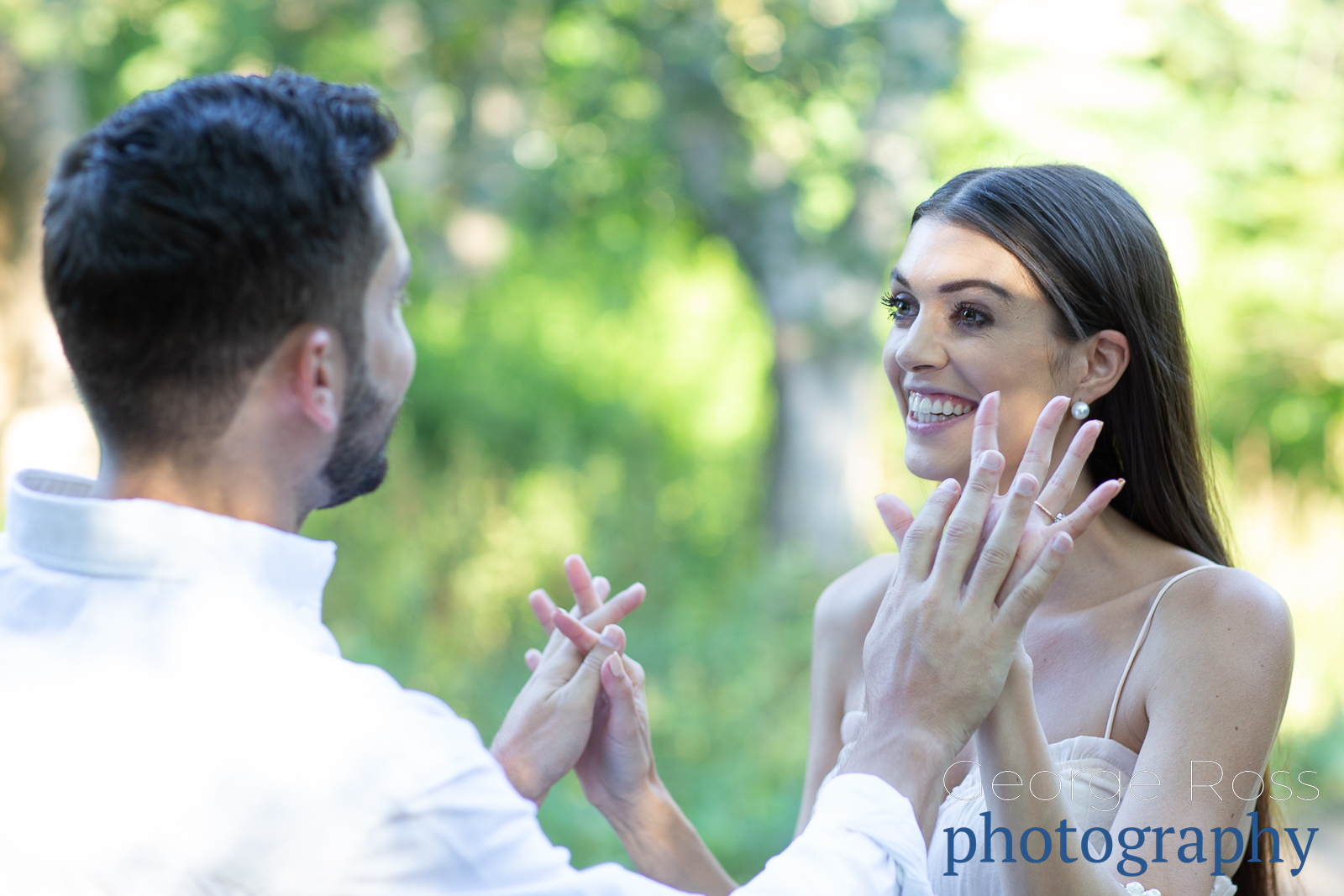 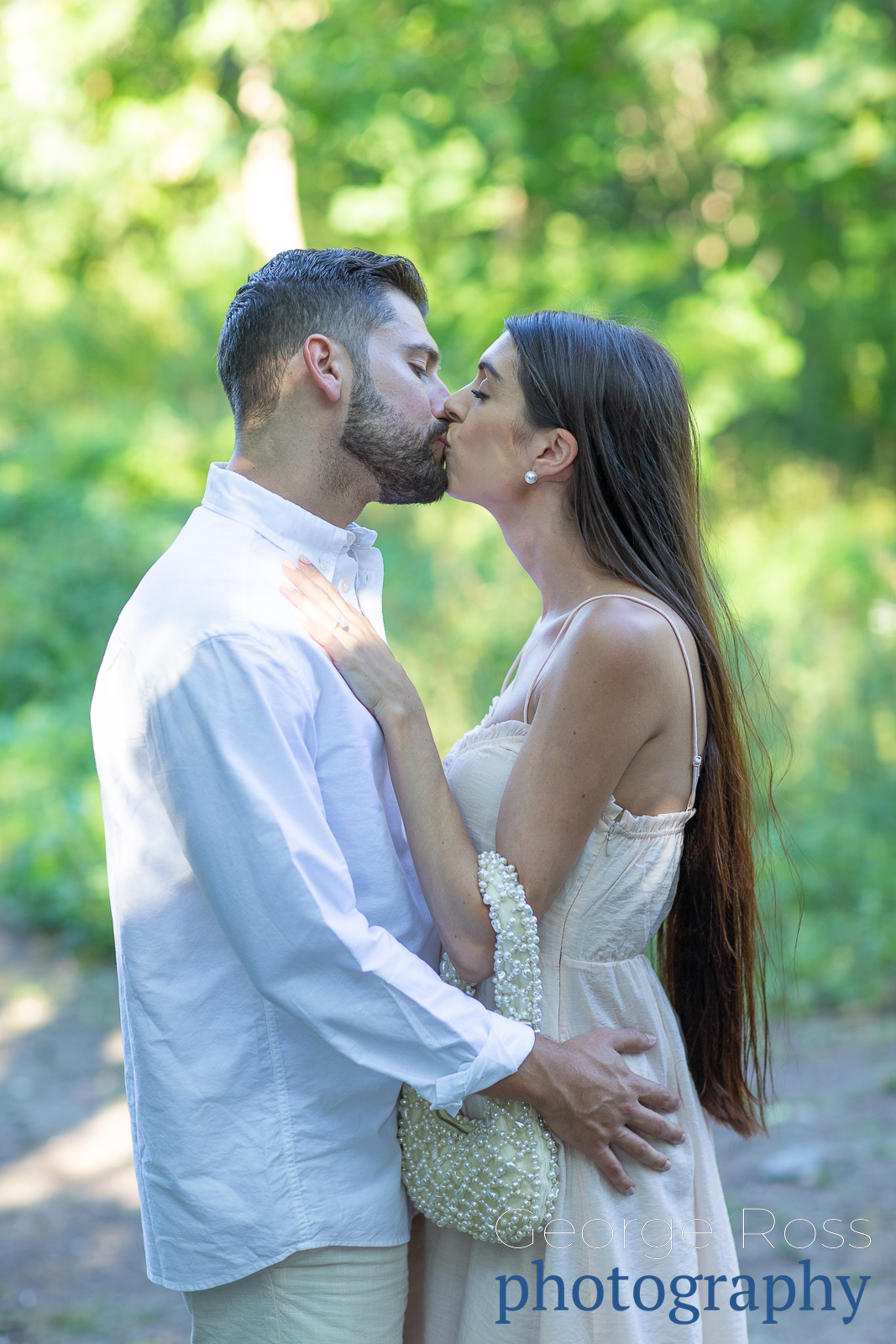 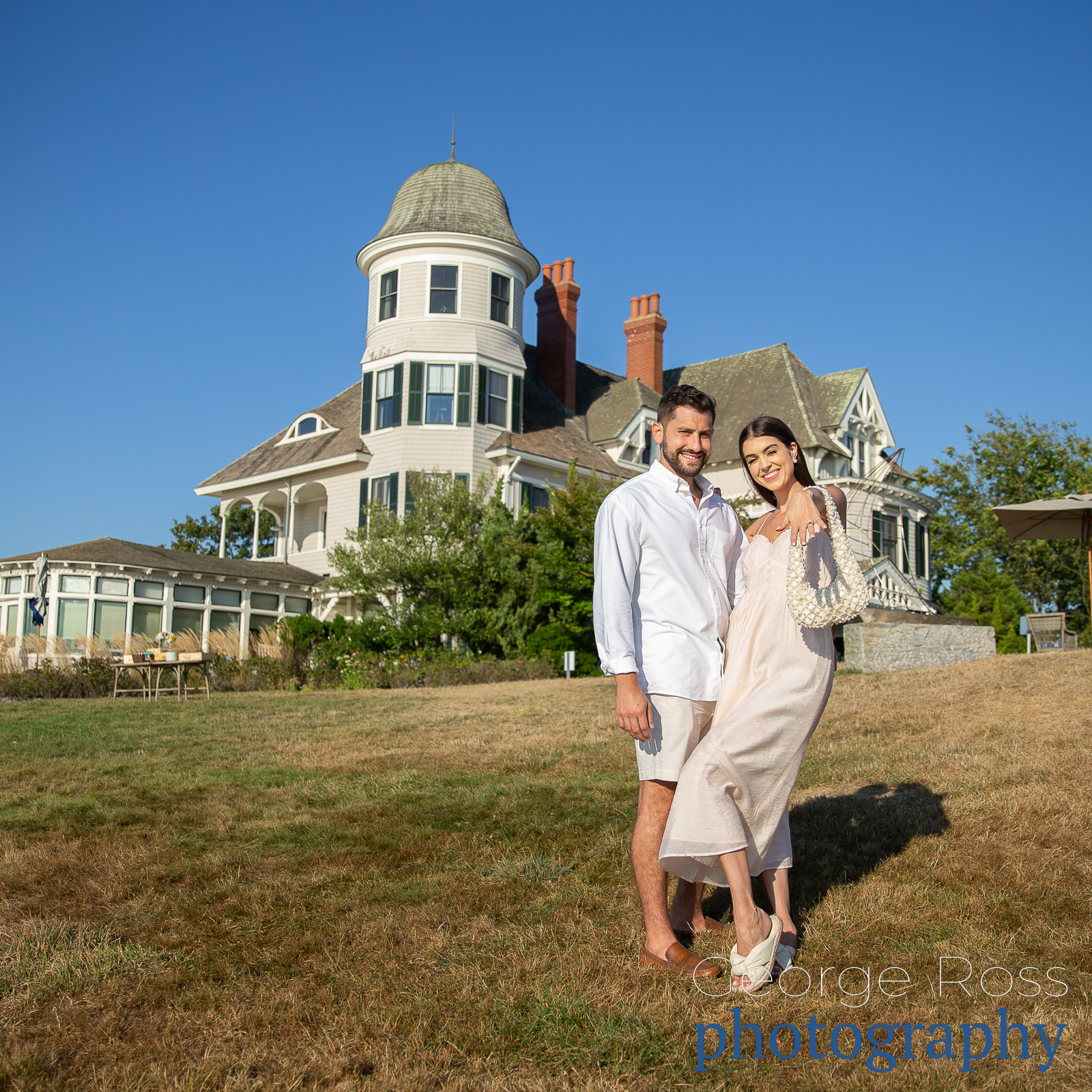