Joe’s Surprise Proposal to Nicole at the Castle Hill Lighthouse

On a Chilly Day in December 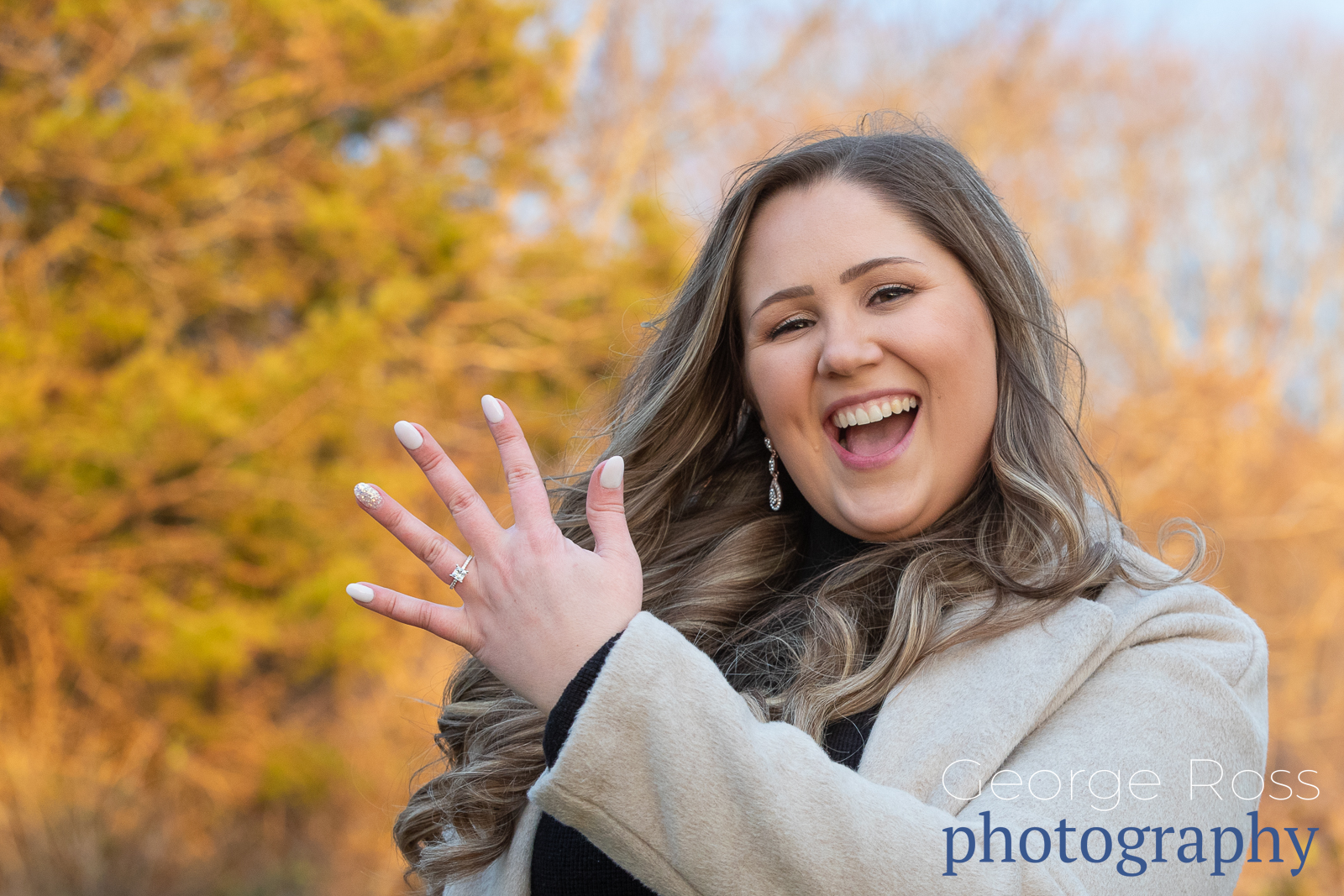 When Joe scheduled his surprise proposal photoshoot for December 28th, he was concerned about the weather and the impact that may have on the proposal. Nicole and Joe were traveling to Newport from New Jersey, so there was only a little flexibility in the dates; I set up a rain date for the 30th which took some of pressure of Joe.

A few days before the scheduled proposal, the Newport area experienced the impact of winter storm Elliott, which produced single-digit temperatures and 60 mph winds. On the 28th, the weather had warmed up to 30-degree temperatures and, significantly, no rain or snow. We set the time at 3:30 pm with sunset at 4:22 pm.

The location for the proposal was the Castle Hill Lighthouse which meant that I would have to climb over the rocks beside the lighthouse to get into position for the proposal shot. This position would expose me to 20-degree wind chills as I waited for Nicole and Joe to arrive. Time to break out my thermal baselayers, hand warmers, and a fleece balaclava; I did not get cold!

When I arrived for my rock scramble, it was apparent that I could not get to my desired position because of the thick ice covering my access and so I opted for plan B, and I shot a little closer than I would have preferred.

Once situated, I set up my cameras which were harnessed to me wearing a HoldFast MoneyMaker harness. If I dropped them, without the harness, they would experience a long rocky fall from which they would not survive.

I set my cameras up:

This set up would capture the primary shot, a panorama for the proposal shot.

…ready to capture the proposal.

I checked my phone to review the photo of the couple – so I would recognize them – that Joe sent me via text and his GPS position; they were still downtown in Newport. When they departed for Castle Hill, I monitored their progress. I had sent Joe a photo of my truck so he could recognize where to park, and on the GPS locator, I could see him park in the area of my truck and then walk to my location.

They forgot something because I monitored their return to their car; isn’t technology remarkable? They then moved toward my location, for a second time; I made sure that my cameras were hidden, and I took out my cell phone to pretend to be a guy sitting on the rocks taking photos.

When Joe and Nicole arrived at the platform, they stood and chatted for a few minutes before Joe dropped to his knee to propose.

After the proposal, we held a mini-engagement shoot in bone-chilling conditions; Nicole was a rock star and had no complaints about the cold while I was dressed for an arctic expedition! 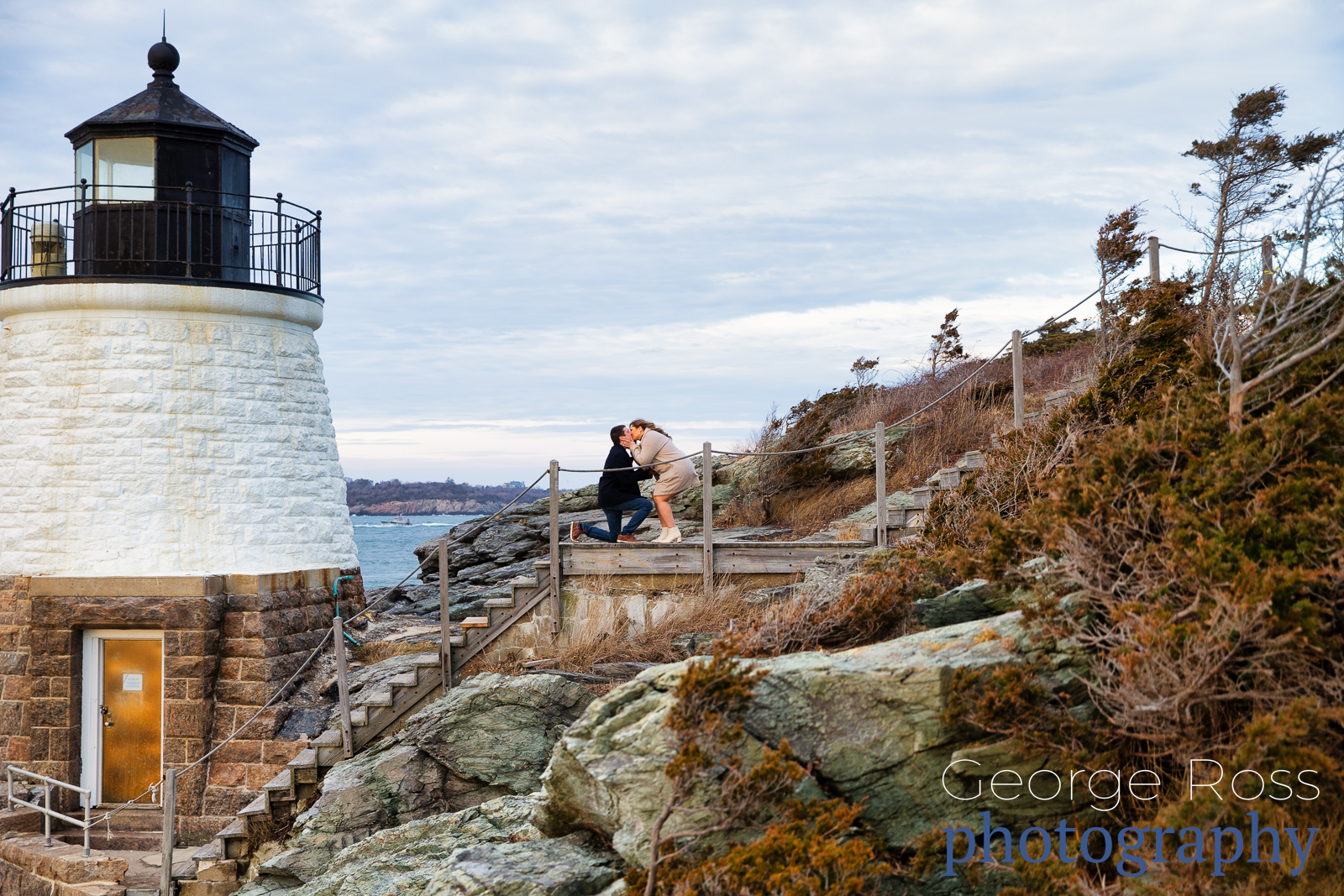 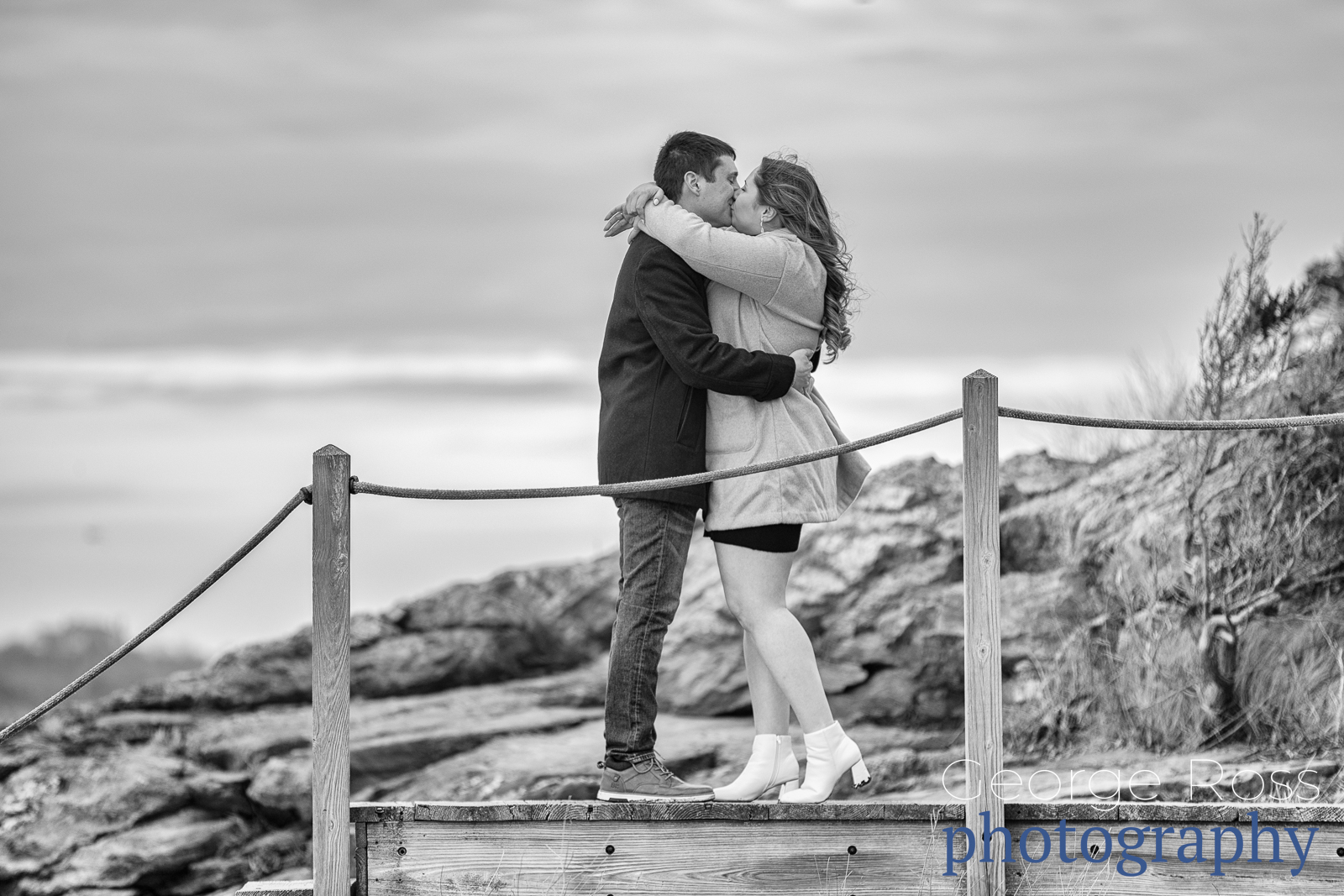 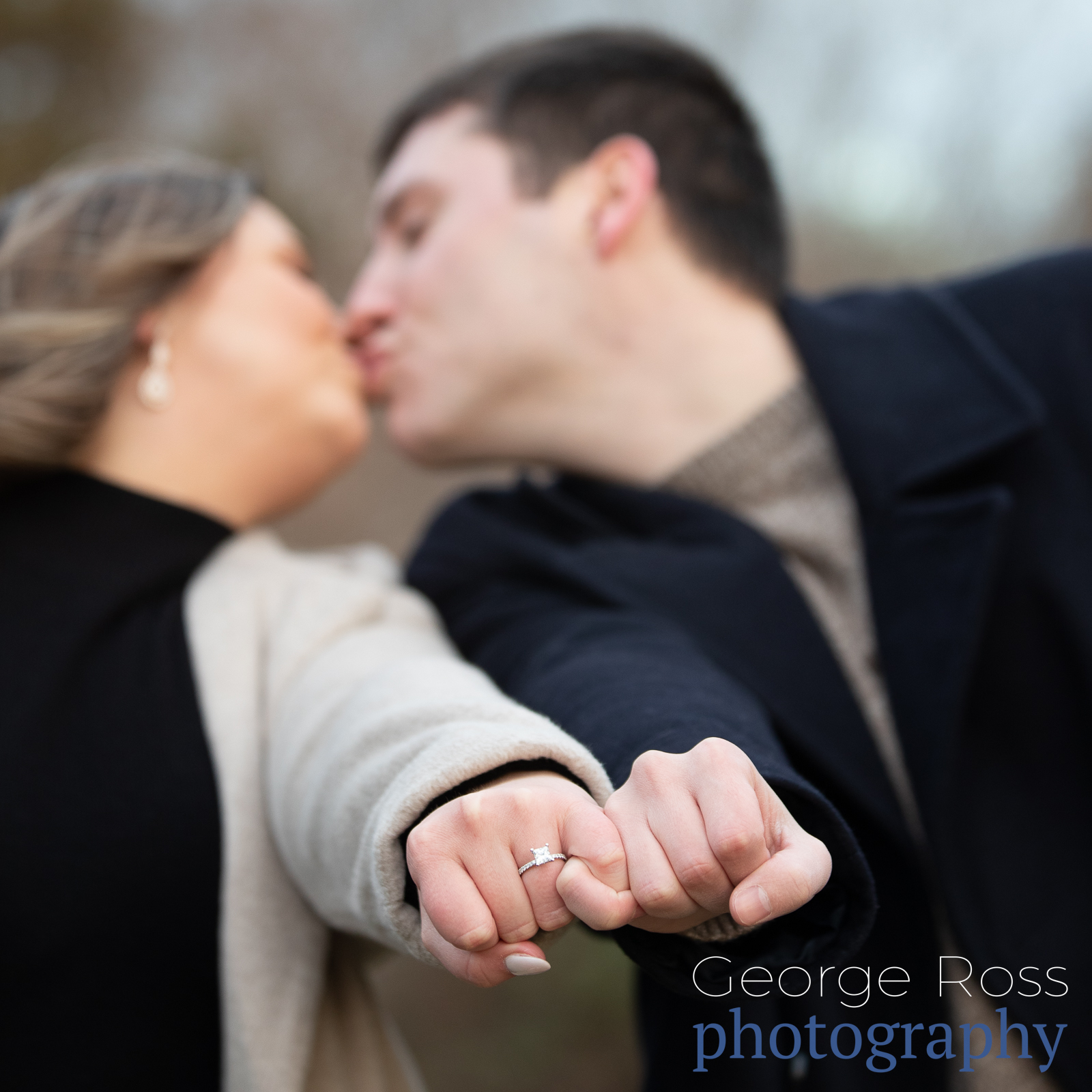 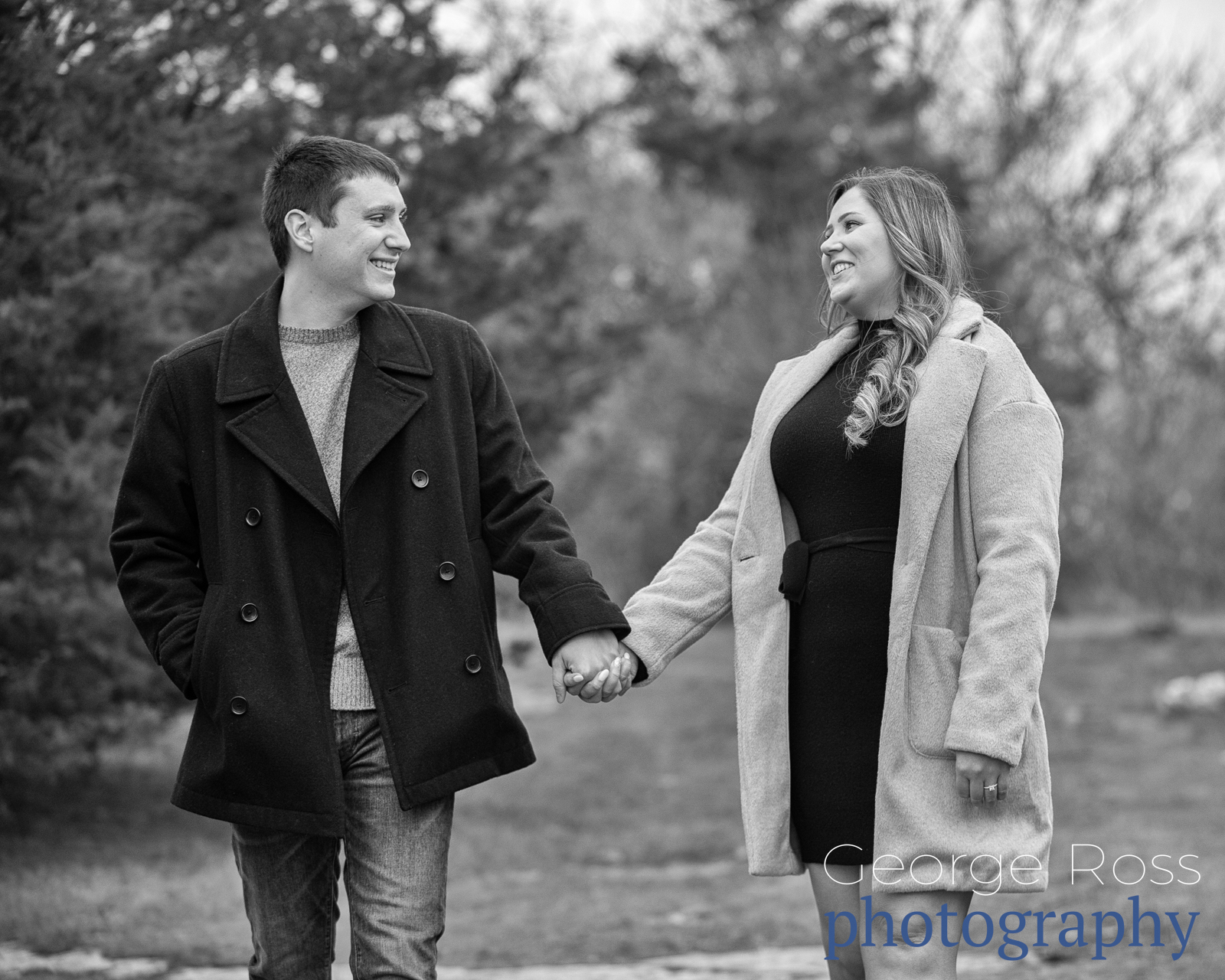 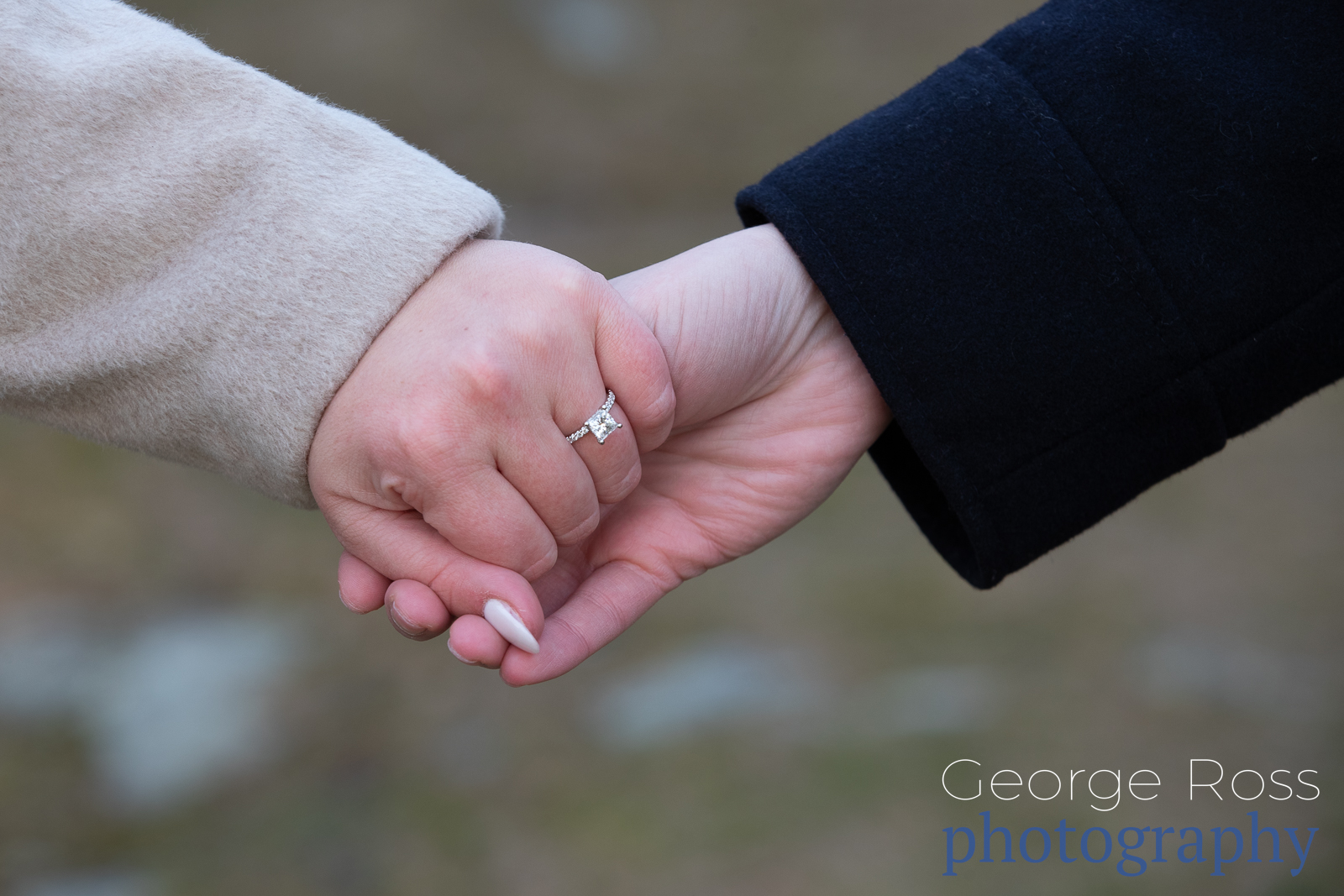 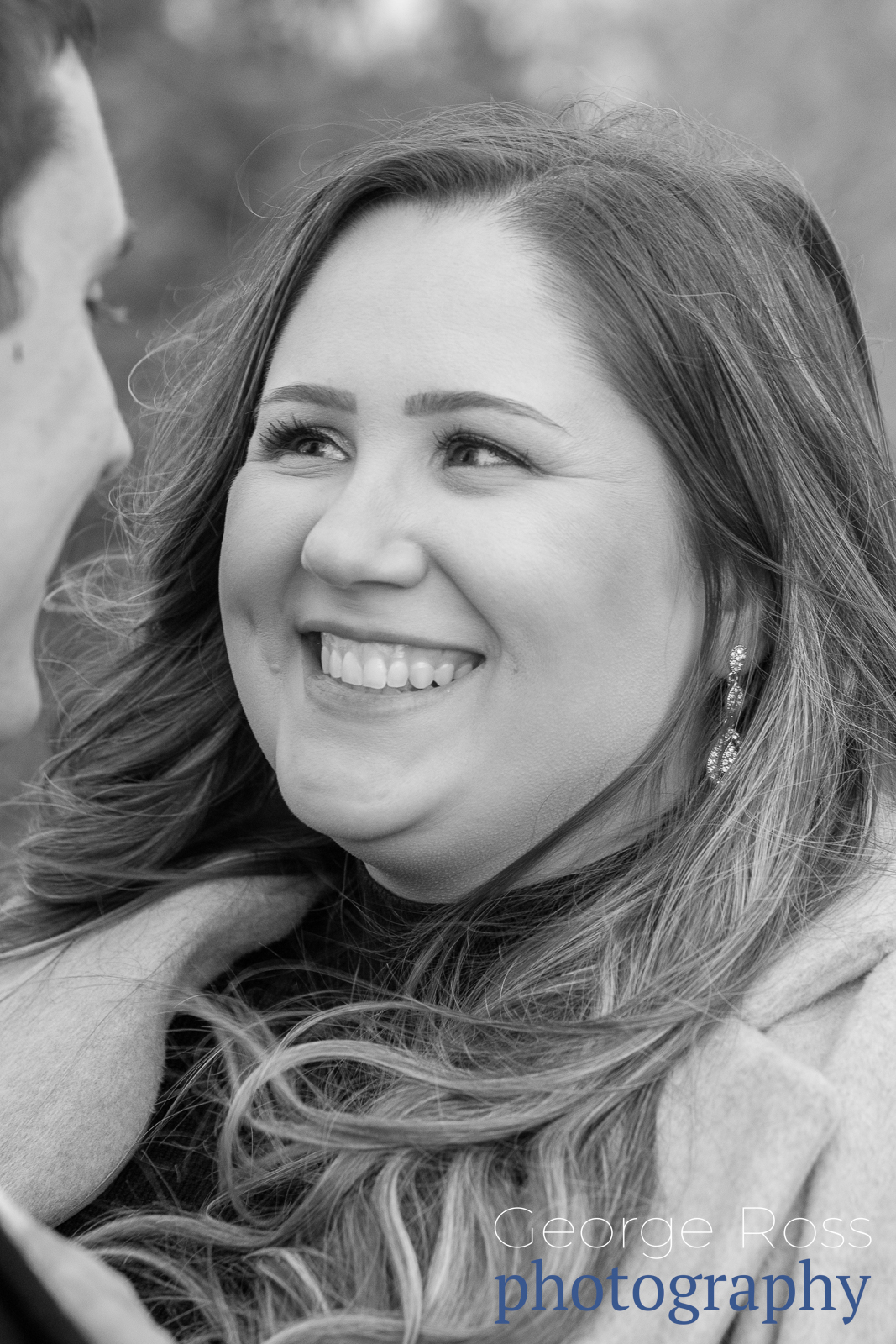 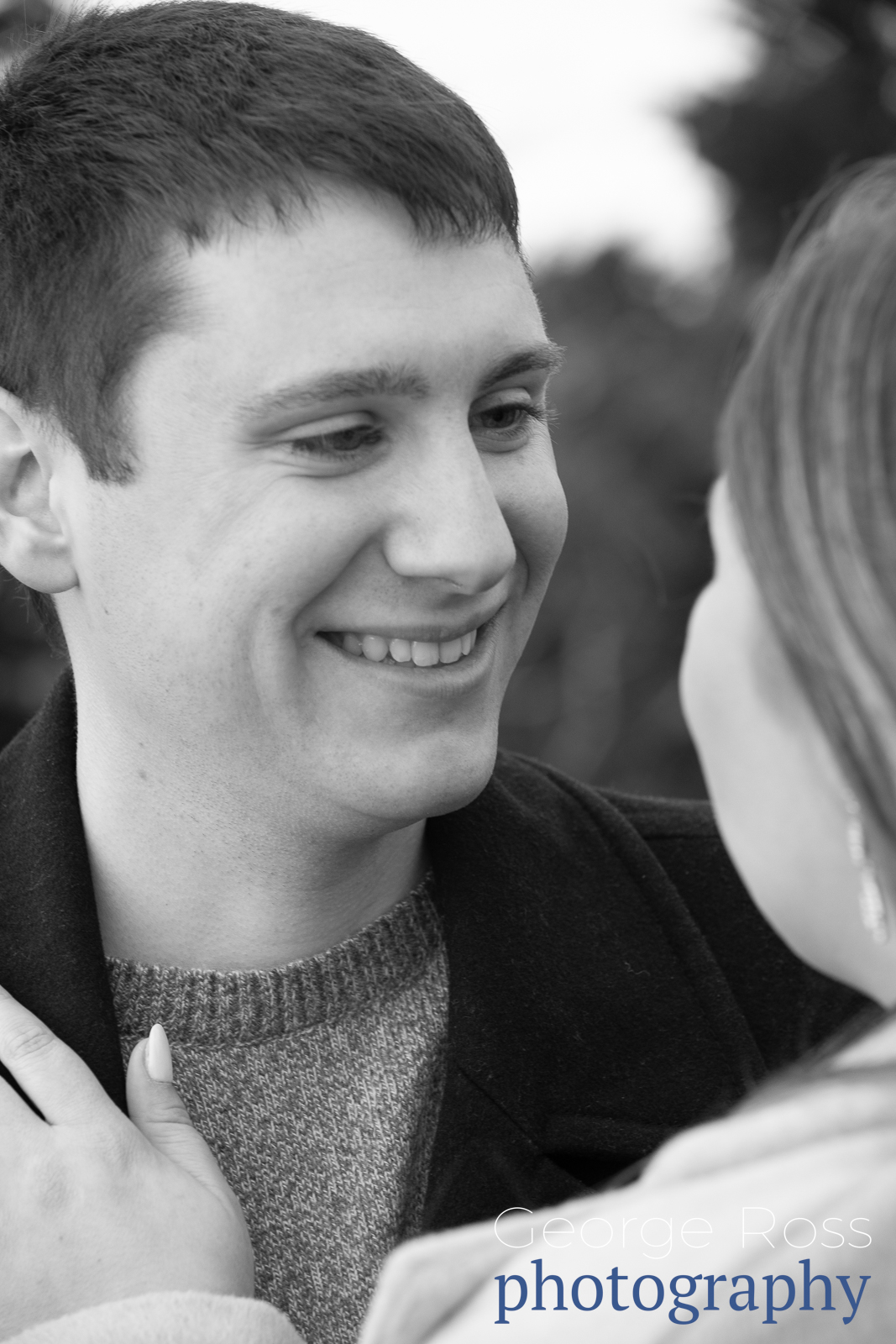 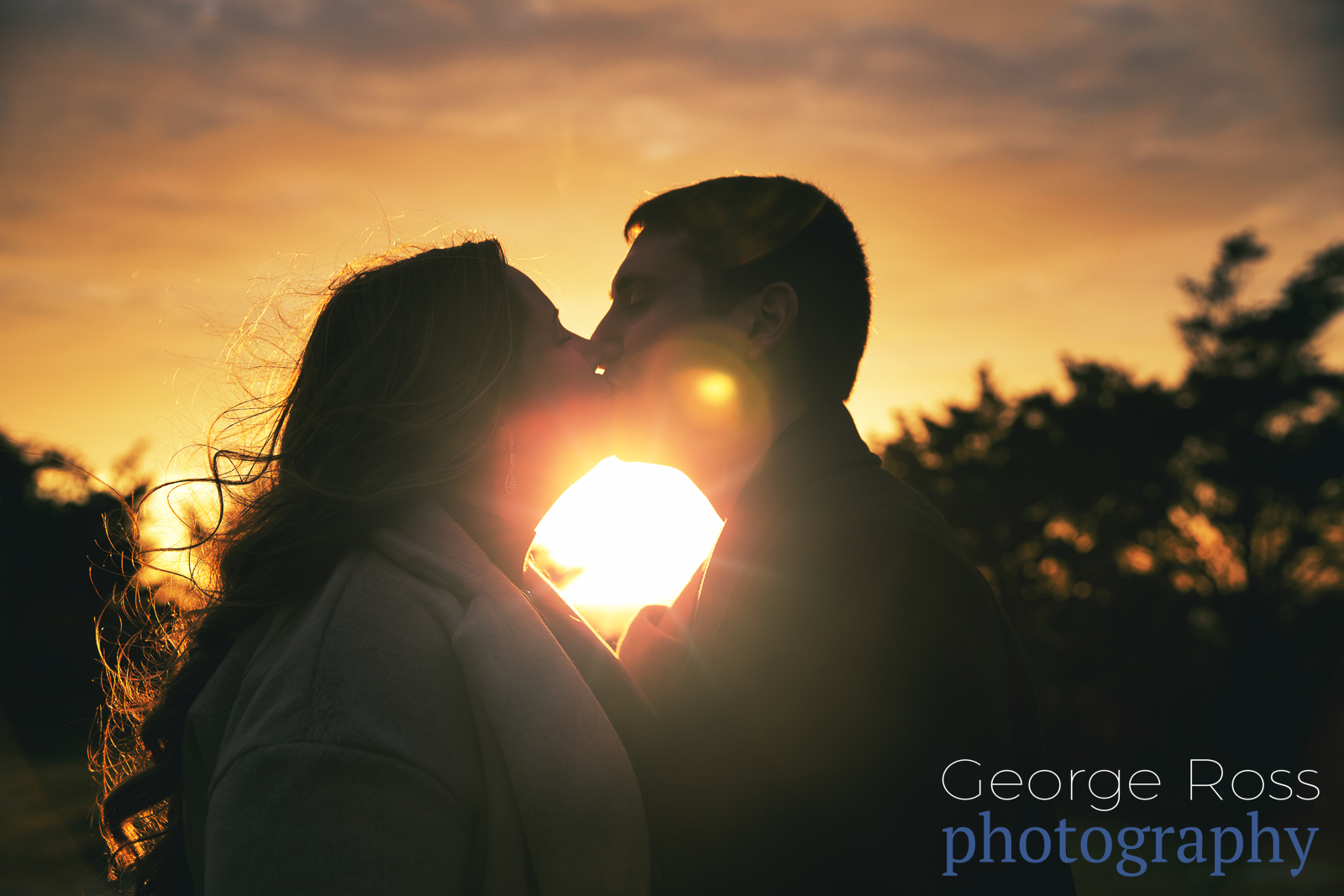 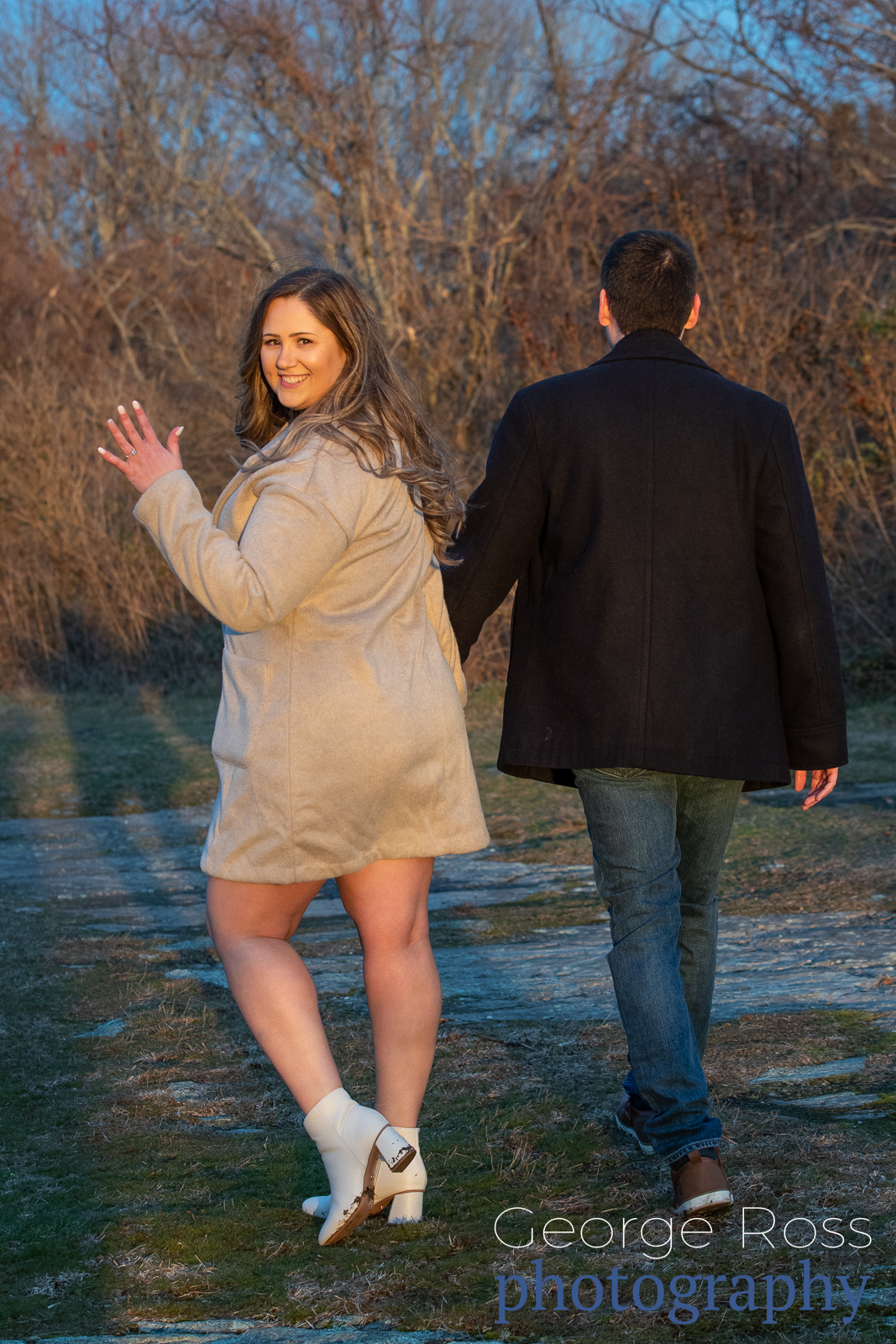