This very simple product shot was in fact very, very, challenging due to the 360 degree reflective surface at the top of the bottle. I tried every trick in the book but could not stop the bottle from picking up some part of the studio, shoot enclosure or my equipment.

I set the product up on a translucent white still life table and shot two strobes through the table, from underneath,  to create the white background to remove the need for post-processing to keep the costs down. It creates some bleed around the edges but this was deemed acceptable without the expense of  post-processing. I then use three softboxes with continuous lamps to light the product.

Recognizing that reflection was going to be problematic I attempted to use a shoot tent (typically, I avoid using shoot tents) but the bottle picked up too much detail from the tent. To solve this problem, I used white foam board, furring strips and duct tape to build a shoot enclosure which was broad and wide and only a few inches taller than the bottles and this did the trick proving a uniform reflective surface on the bottles with no external detail.

Often, what seems like a simple photo shoot can become very complex but where there is a will there is a way. 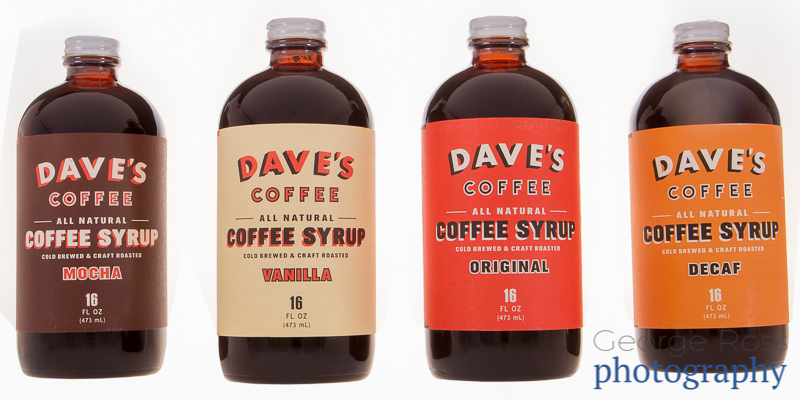