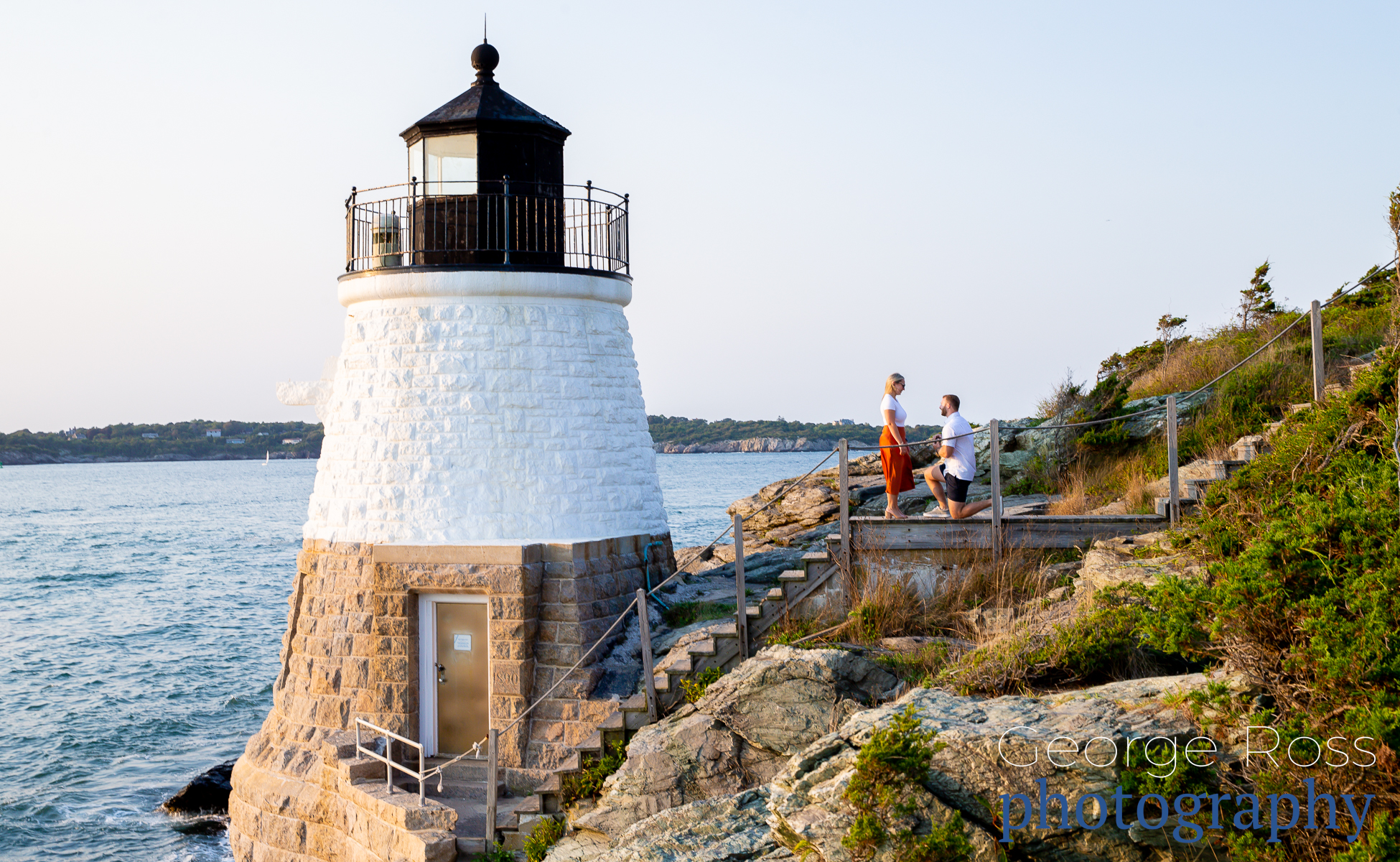 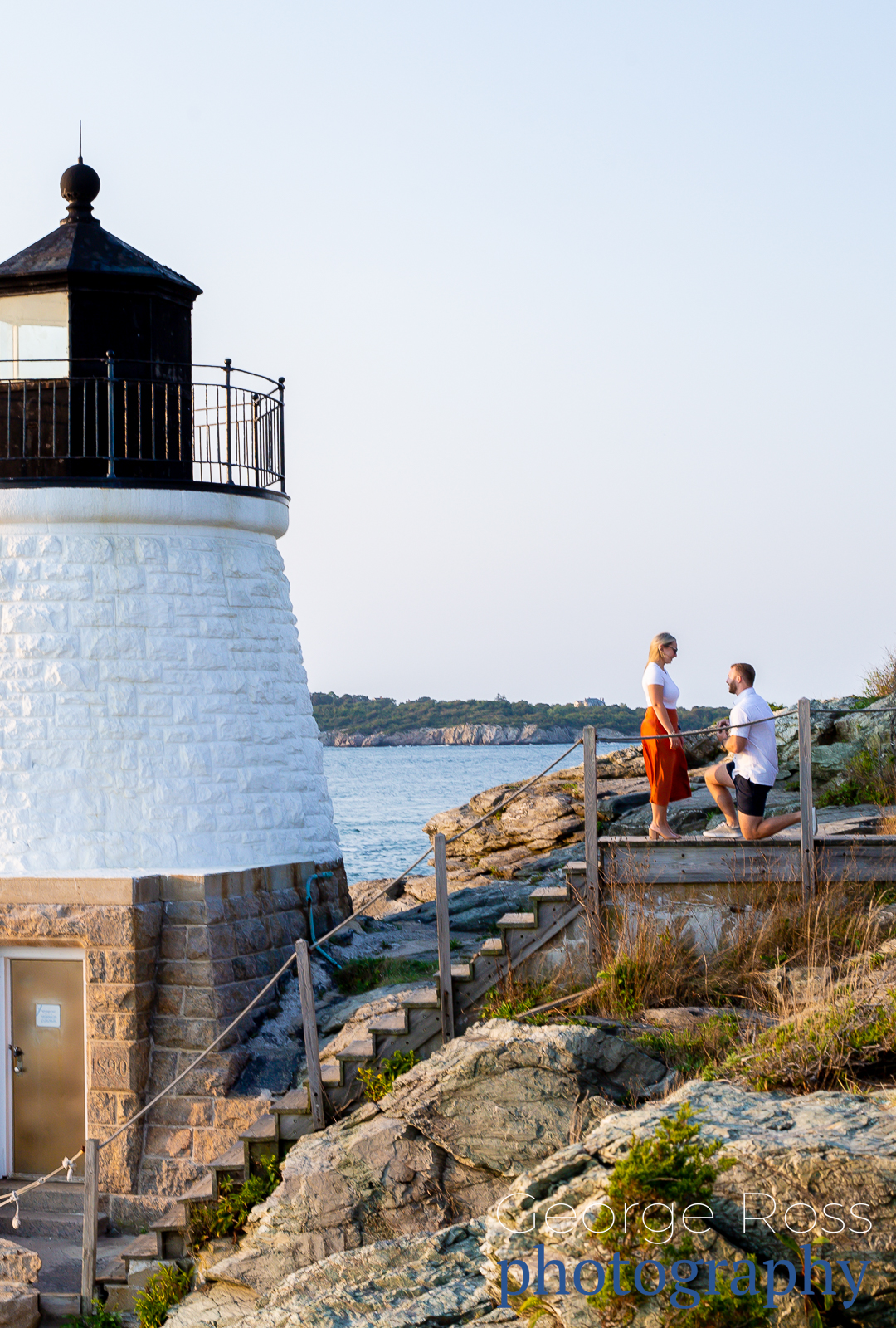 In many of my surprise proposals, I often point out the obvious: when proposing in a public place, you have no control over the other people who want to be in the same spot. And this fact played a significant element in Sean’s surprise proposal to Katrina.

When Sean and I first spoke, he was very interested in proposing at the Castle Hill Inn; he had never been there before. I took a screenshot of a Google Map of the Inn and annotated it to match three photos with the numbers 1, 2, & 3 on the map. As I have photographed many proposals at this location, I could offer Sean actual proposal photos to review from the three prime spots I use. 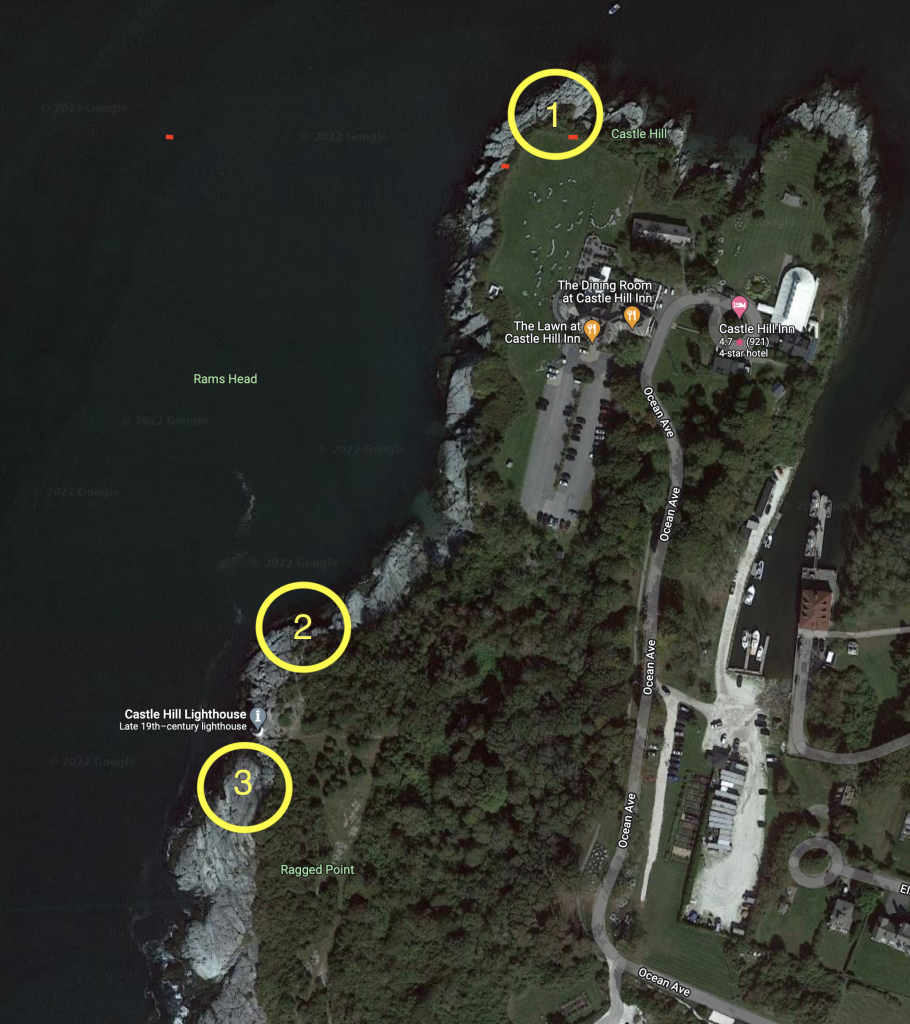 Spot #1 is the famous ‘Lawn at Castle Hill,’ which has a beautiful backdrop comprising Narragansett Bay and the Newport Bridge. And from my perspective, that late evening light can be wonderful. The downside for some is that the proposal will be public and in front of the Inn’s patrons sitting on the famous Adirondack chairs while enjoying a glass of wine and taking in the view. After each proposal, all the folks in the chairs will give out a big cheer and wave to the newly engaged couple.

Spot #2 is beside the Castle Hill Lighthouse but has the Inn and the bay as a backdrop; it is breathtaking. This spot tends to be quiet, with the least risk of other folks being there.

Spot #3 has the Lighthouse, bay, and rocks as a backdrop. It is truly spectacular, but I, as the photographer, have to take some risks by climbing over the rocks to get into position for the shot. Additionally, people visit to see the Lighthouse and take photos, which means that we will likely have to deal with people getting in the way of the shot! 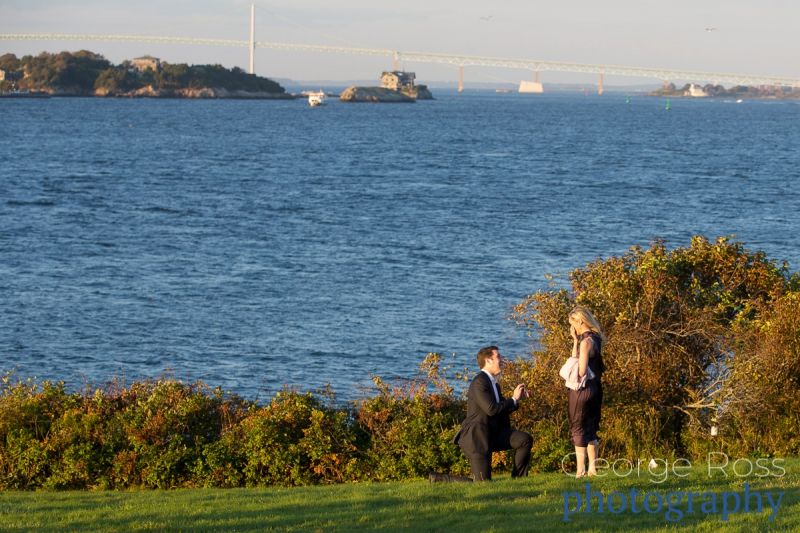 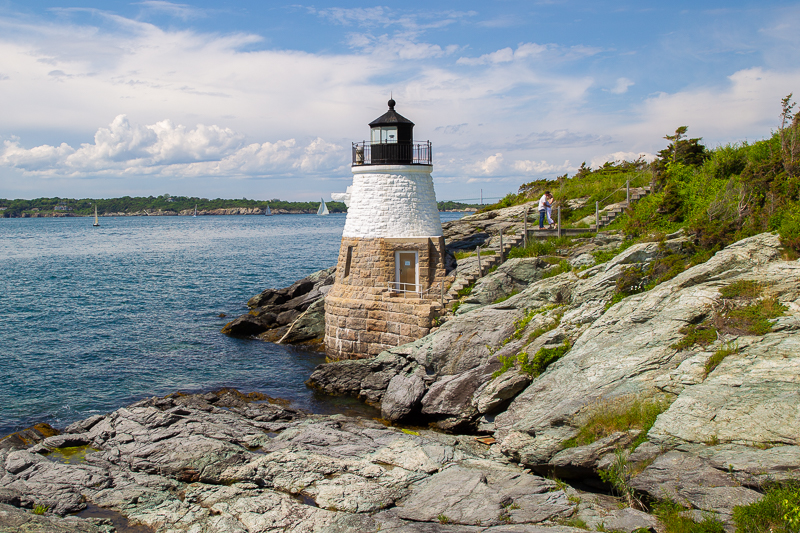 When Sean saw Spot #3, he said that Katrina loved lighthouses and that that was where he would propose. We discussed the pitfalls of the spot – it can be heavily trafficked, and I would be shooting out of the range of earshot. But with some careful planning and luck, we could make this work.

Personally, I was excited about his pick  – even though it would be tricky to capture  – because it would be a pretty magnificent image,

On the day of the proposal, I asked Sean for a photo of them both – wearing the clothes they would wear for the proposal. I also asked if he could share his location with me via GPS, which he did. I find this particularly useful because it provides real-time location updates for a client I have never met!

Before I pulled out of my driveway, I texted Sean to let him know that my ETA was 5:15 pm; nice and early for our 6 pm shoot. I arrived at Castle Hill on time and sent another text to inform Sean that I was on location. I grabbed my backpack, which contains a second camera (EOS 1D Mk IV), two lenses (EF 85mm, f/1.2 and an EF 70mm to 200mm, f/2.8), and a couple of strobes. Usually, the EF 70mm to 200mm is my primary lens used for surprise proposals because it permits me to shoot at a distance, but for this shoot, I had to shoot wide to include the Lighthouse, and so I paired an EF 24mm to 70mm, f/2.8 with my Canon EOS 1DX.

As the wedding got underway, I chatted away (quietly) to the wedding officiant’s husband and monitored Sean’s progress; he would be on time.
Additionally, there was another photoshoot underway; a high school senior shoot. The wedding ceremony took about 10 to 15 minutes; after the ceremony, it was – of course – time for wedding photos in the exact spot where Sean would be proposing in 10 minutes. I asked for permission to get behind the wedding party to begin making my way over the rocks to my position. 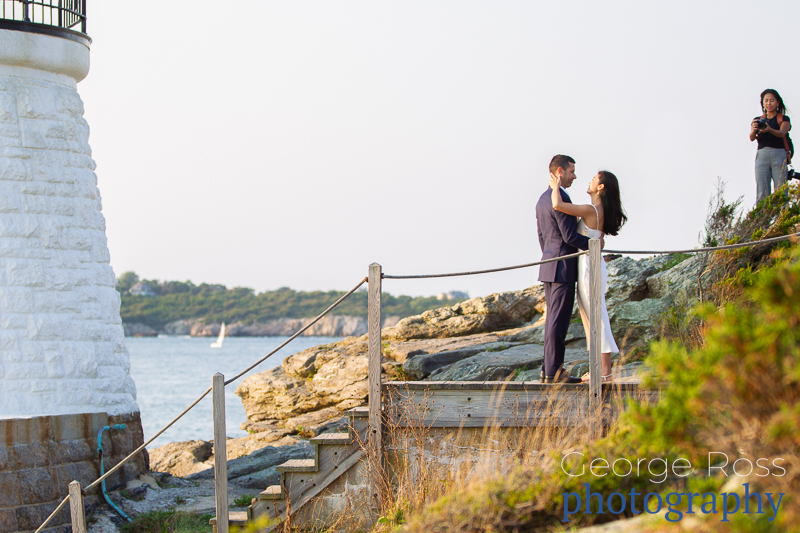 With the bride and groom gone and my clients only a few minutes away, I had another problem, the senior pictures shoot was in my line of sight. Ugh, I had no option but to leave my gear and clamber across the rocks – quickly but safely – to speak to the photographer. I told him I had a couple of clients arriving within minutes and asked that they move out of my sight for a few minutes. He agreed, with a smile, perfect! 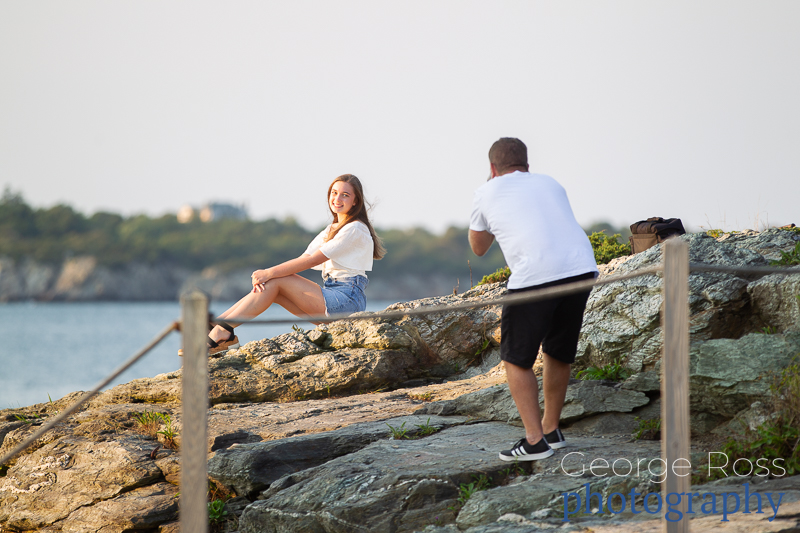 And back over the rocks, I went.

I settled into my spot and checked the GPS – they were here – I picked up my camera, and a couple arrived who were not Sean and Katrina! Oh my goodness, I am isolated on the rocks and have no way of communicating with Sean. We had discussed that he might have to stall if it was busy, and stall he did! This couple took what seemed like an eternity but was more like 5 minutes; after they left, I adopted my position of an old dude watching the sailboats. Out of the corner of my eye, I saw Sean drop to a knee; I grabbed the camera with the wide-angled lens and captured Sean proposing to Katrina with Narragansett Bay and the Castle Hill Lighthouse creating an exquisite background for this magical moment. 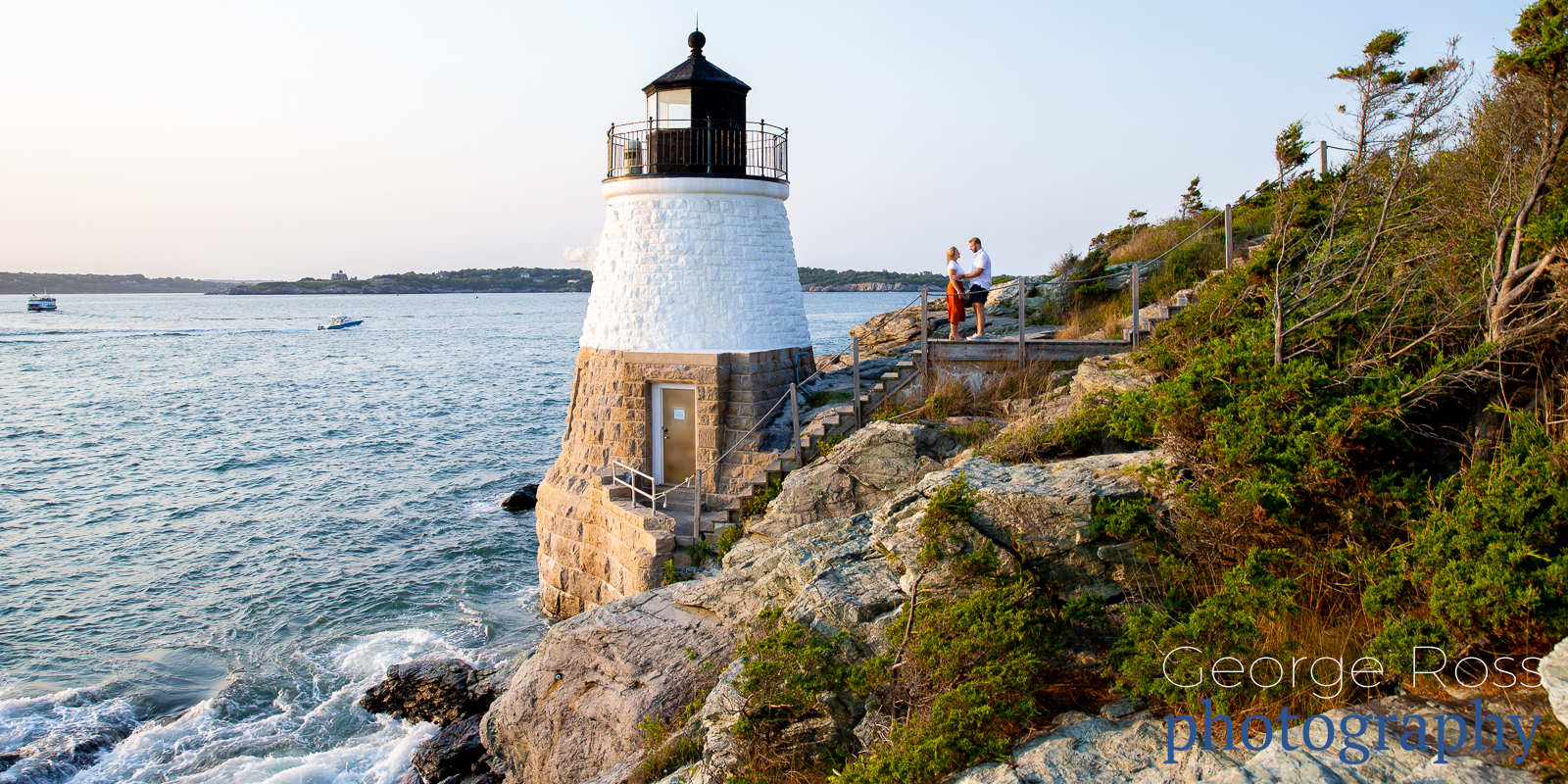 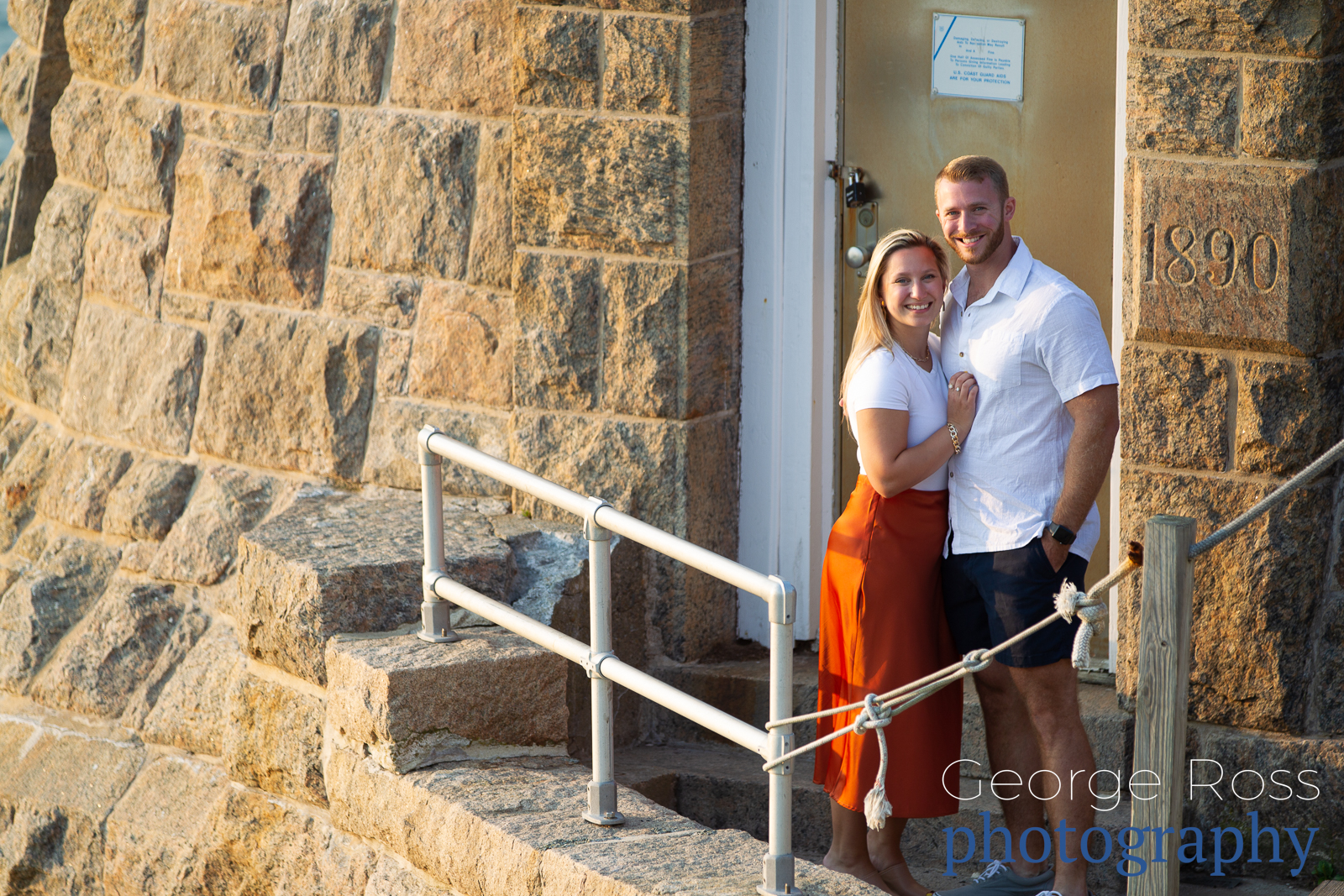 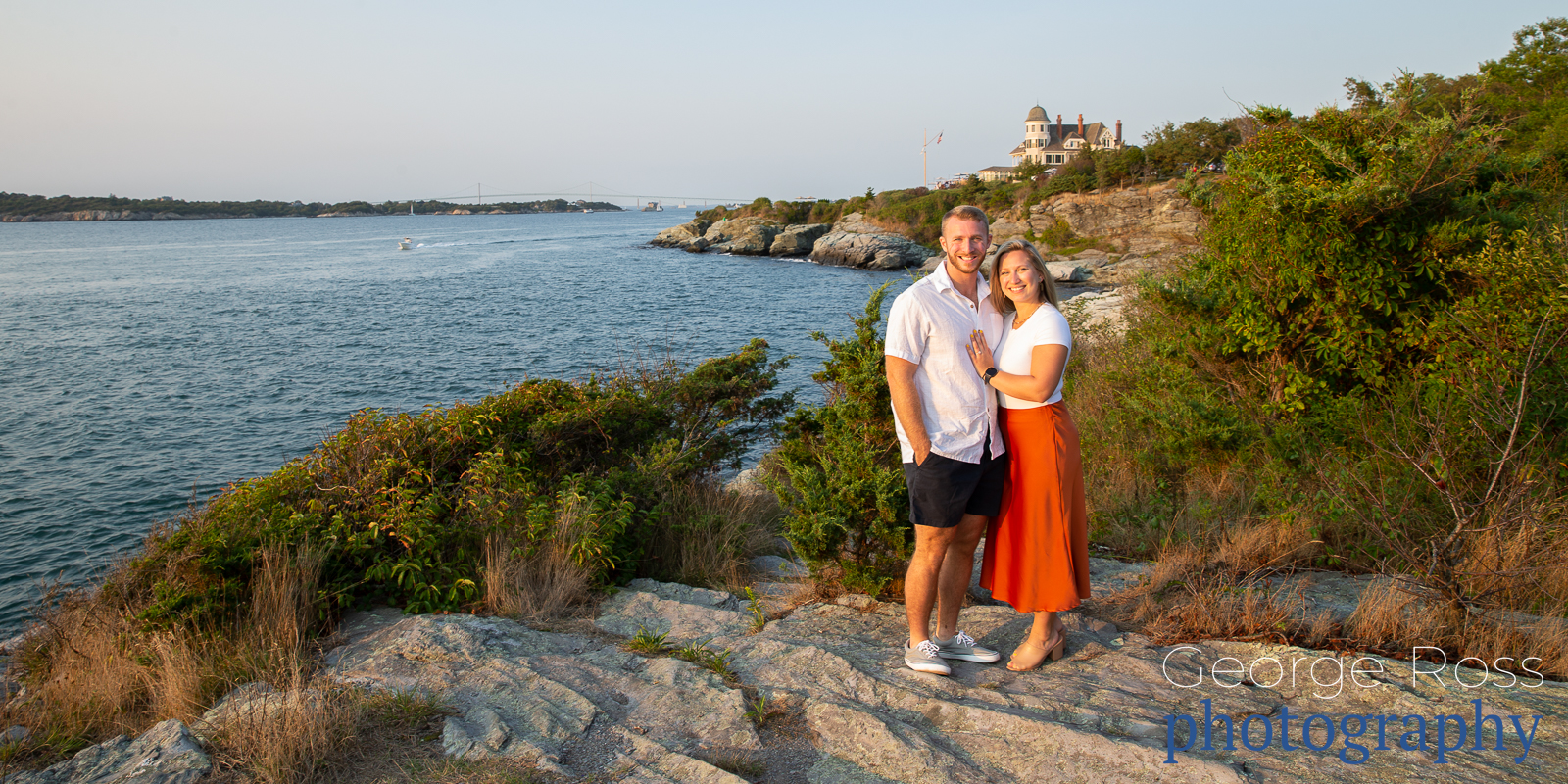 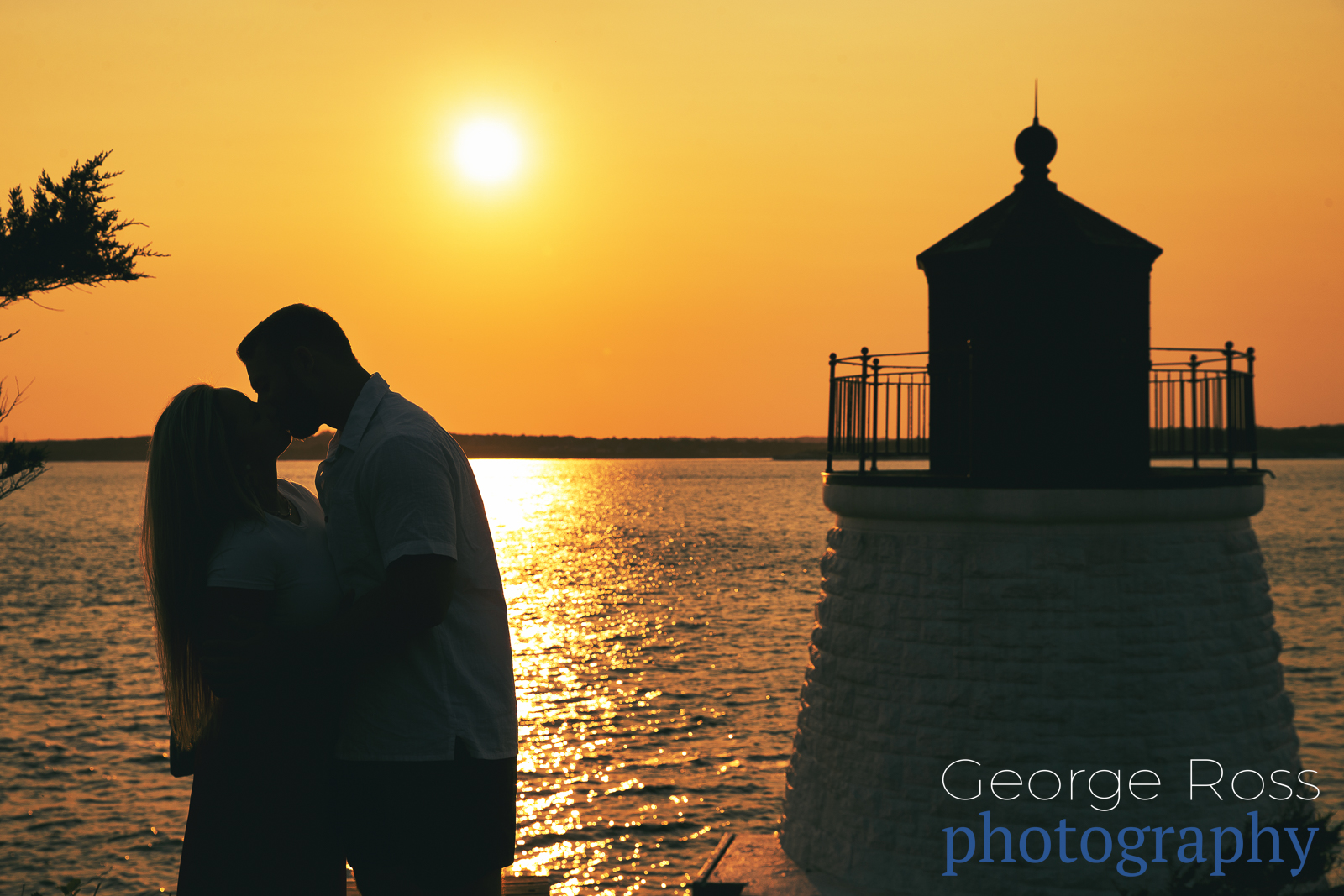 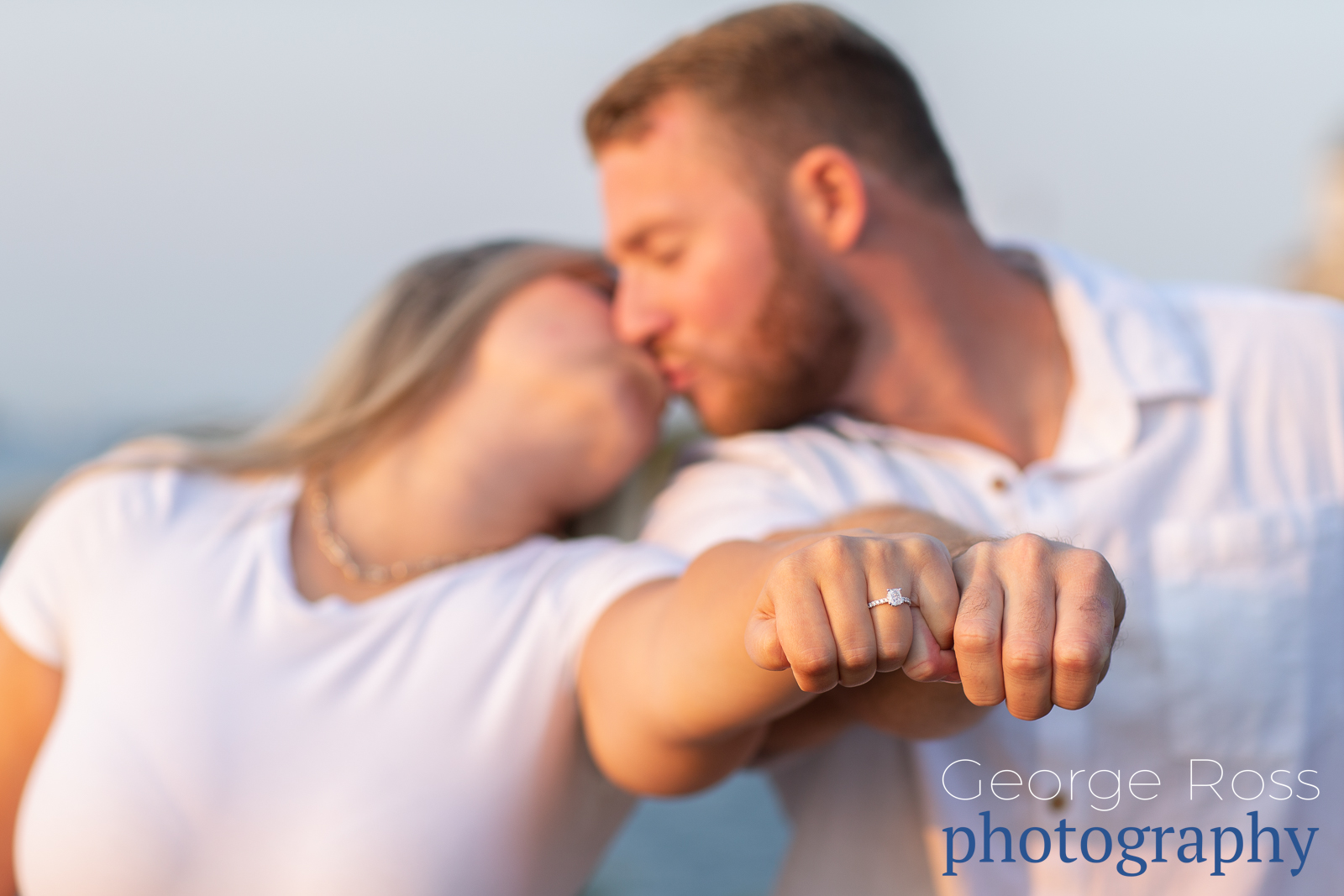 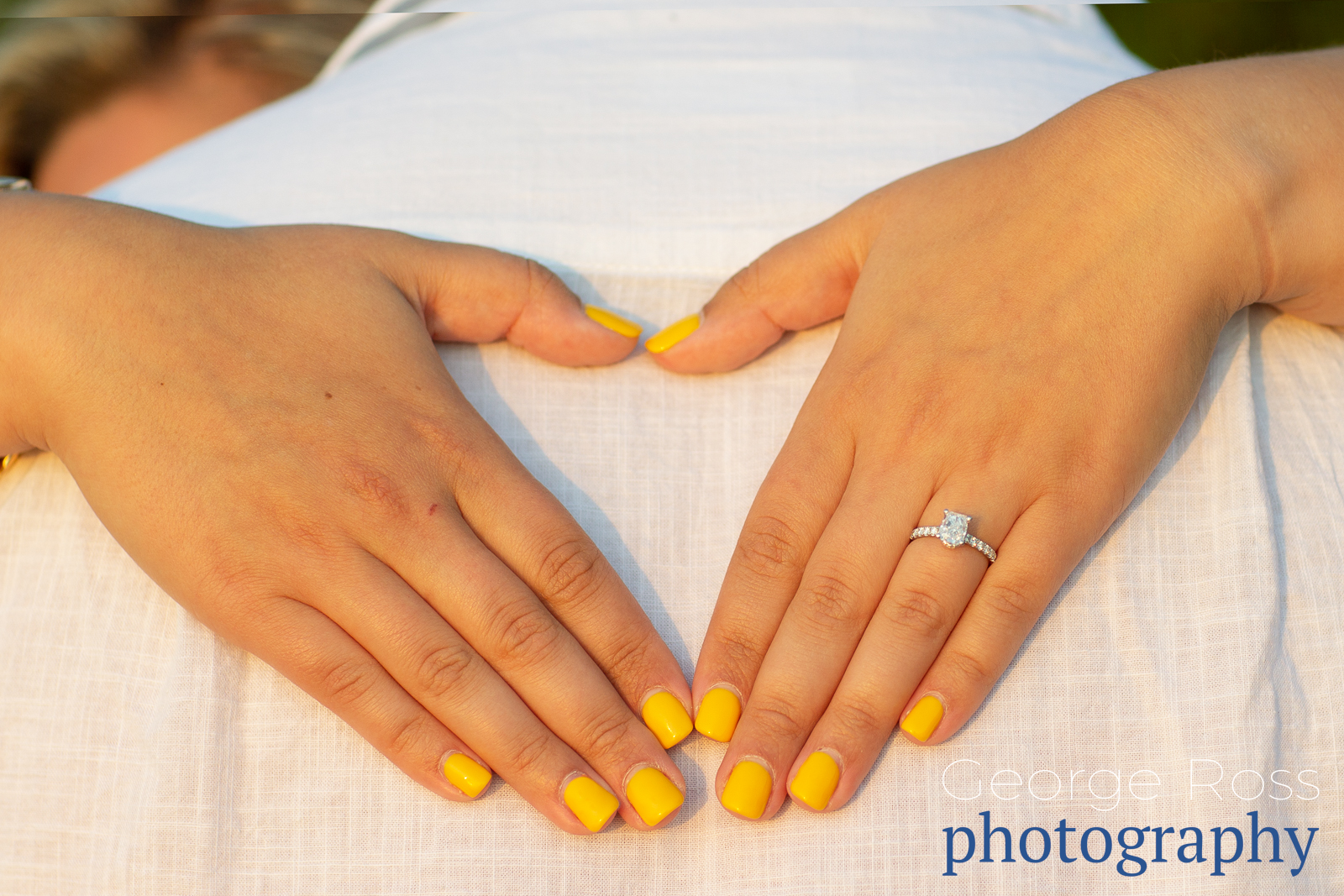 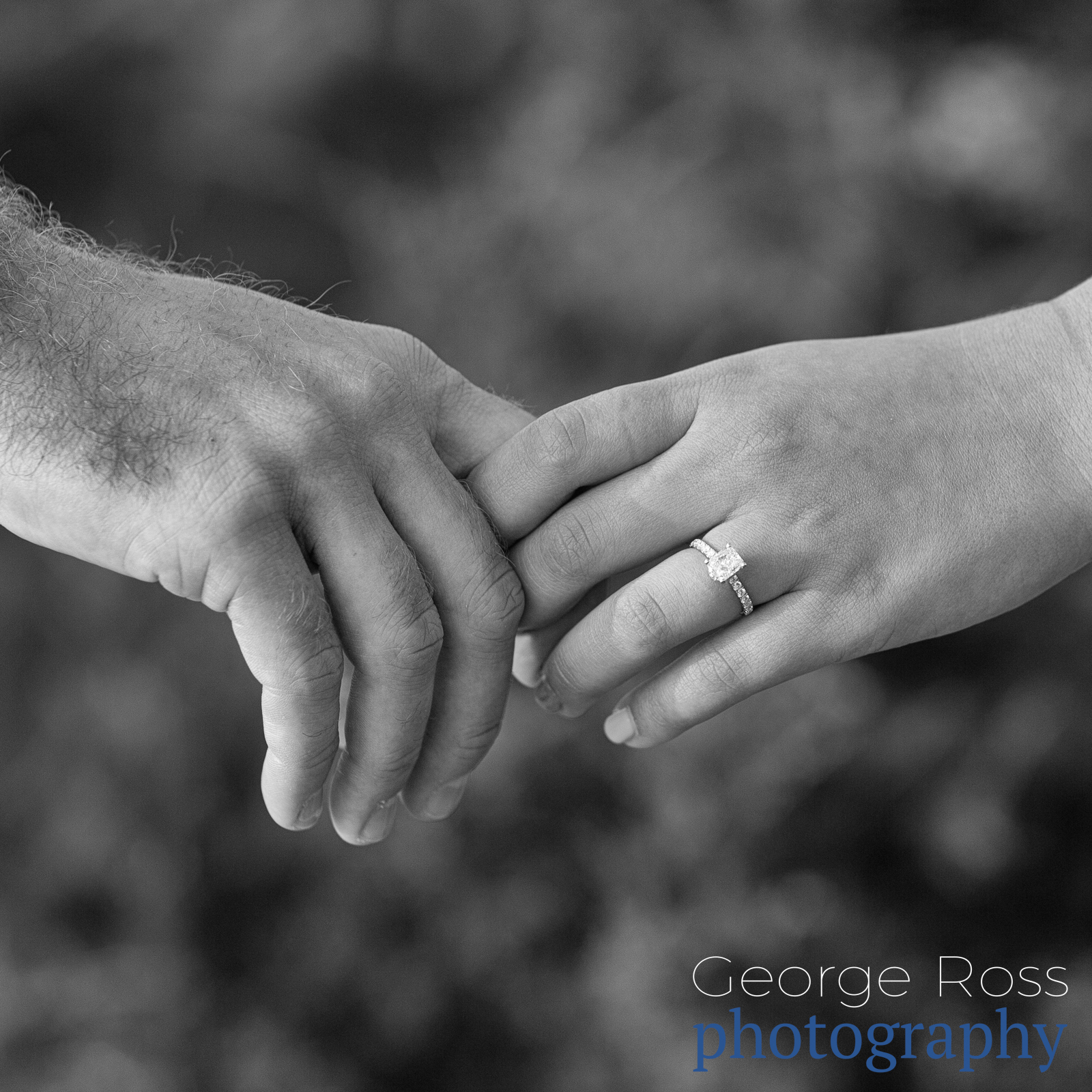 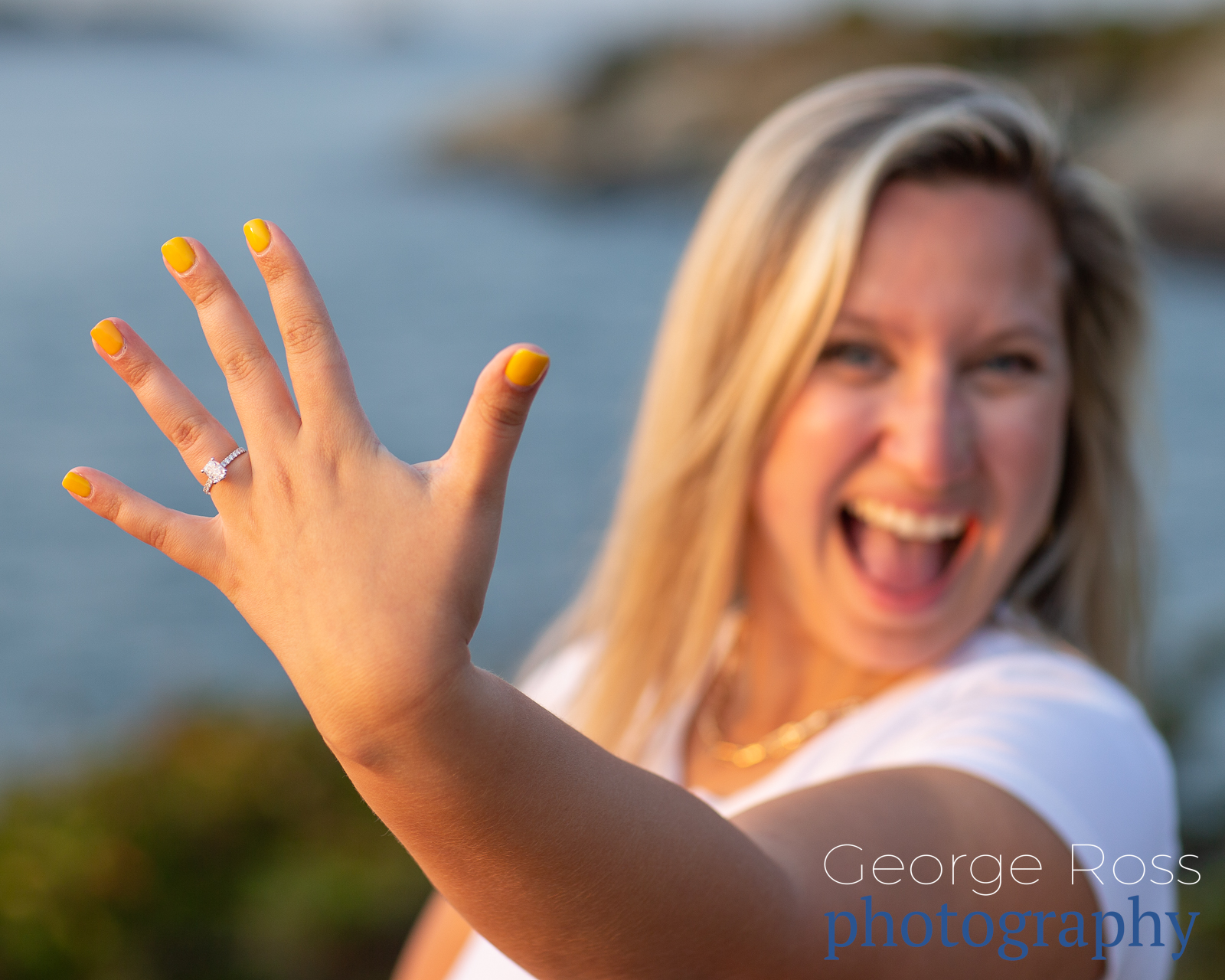 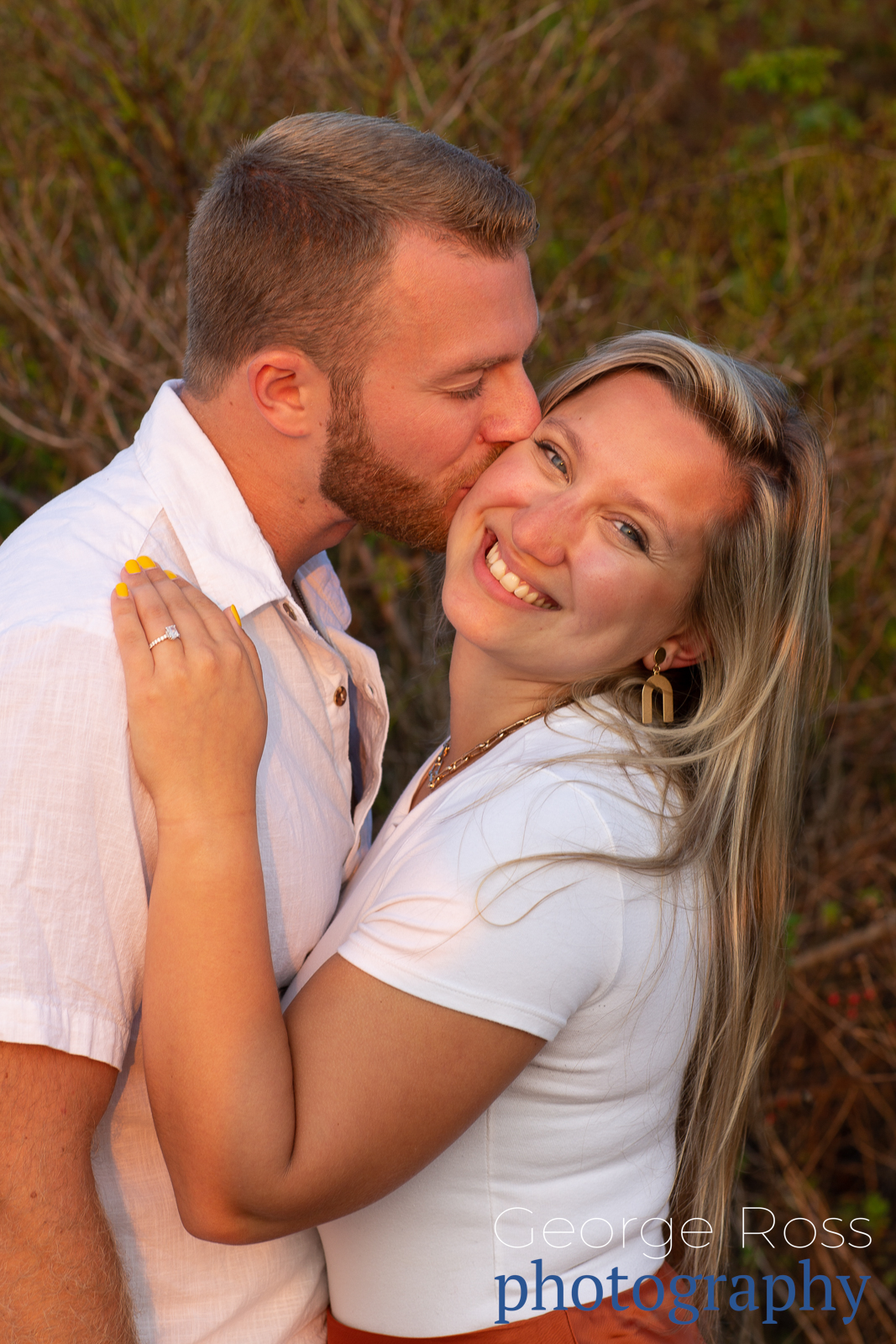 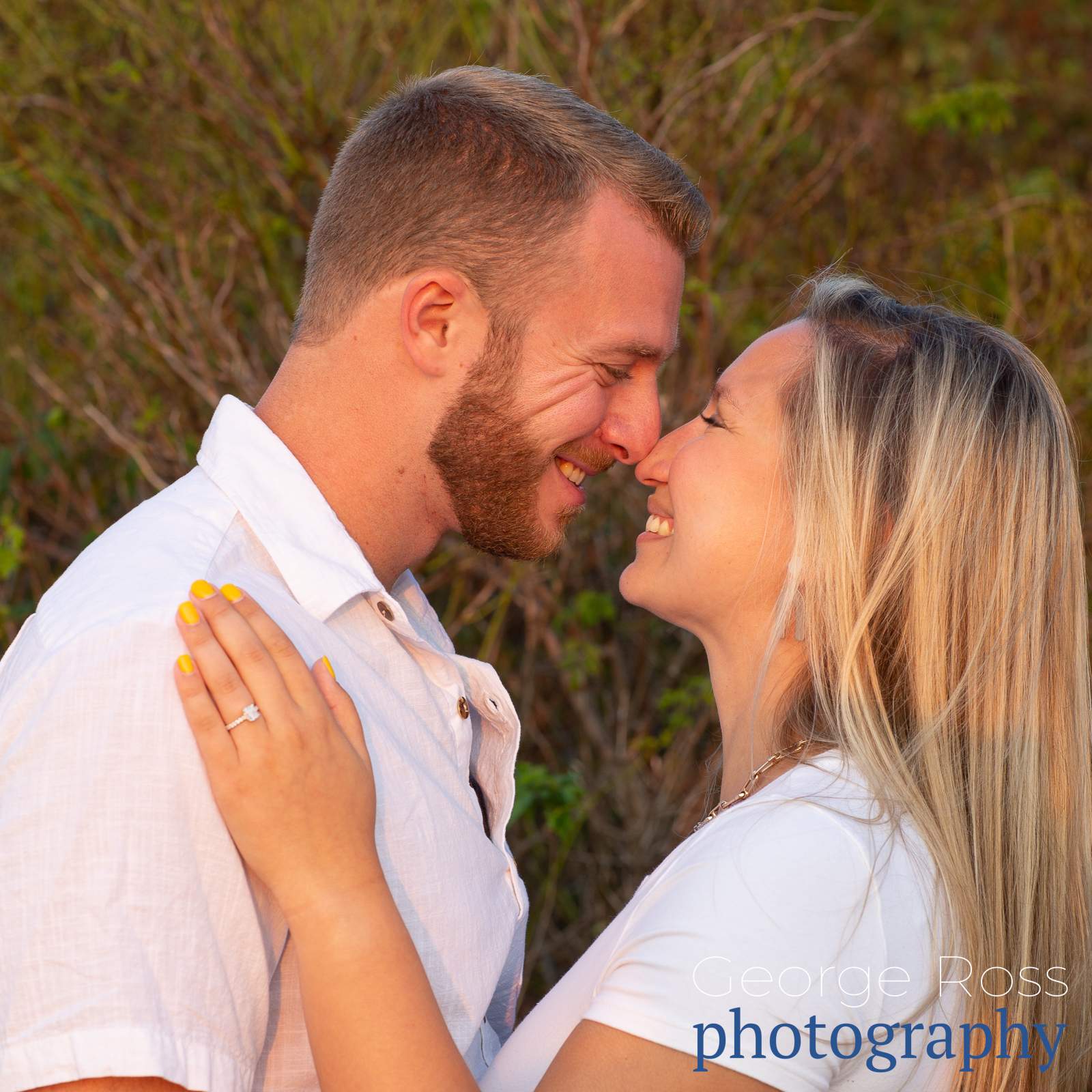 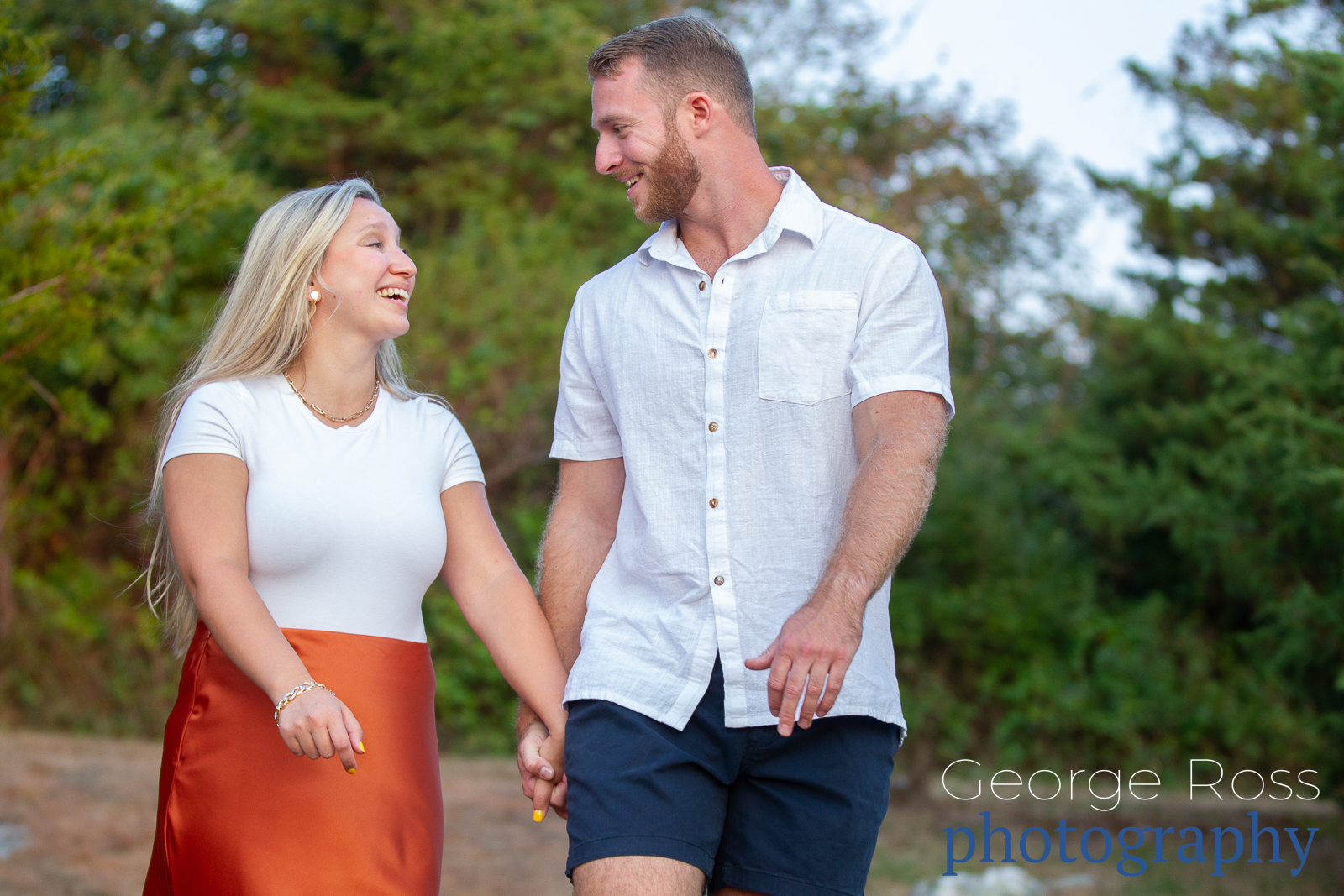 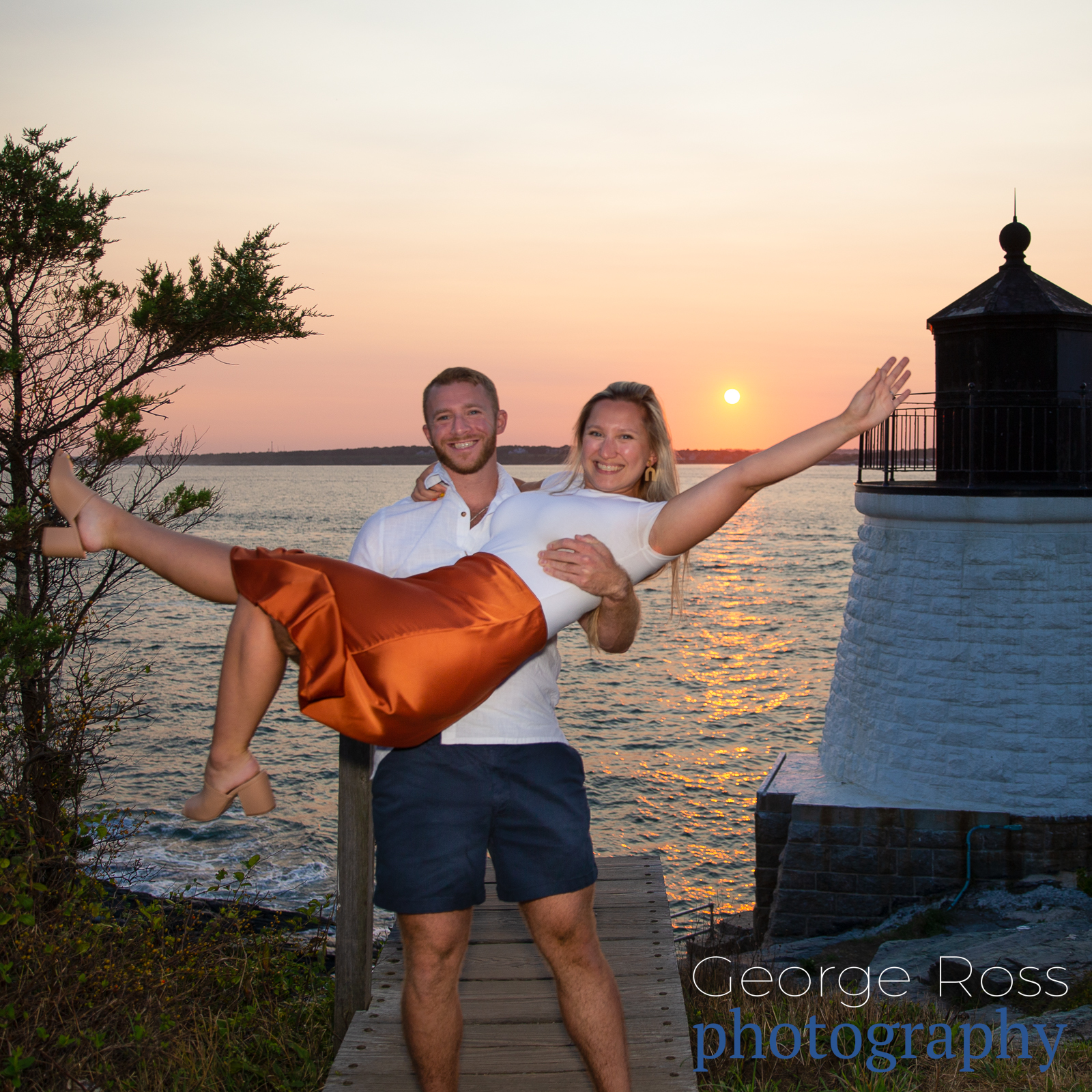